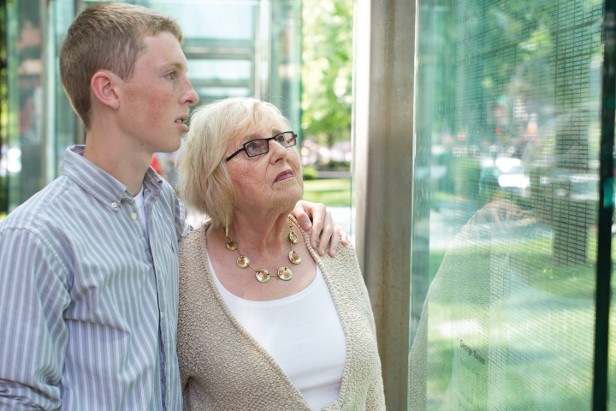 Thursday, April 16, marks Yom HaShoah, or Holocaust Remembrance Day. This is a time for the world to reflect and commemorate the nearly six million Jews who perished during the Holocaust.

We had the opportunity to speak with Janet Singer Applefield, a child Holocaust survivor who now resides in Greater Boston.

Born Gustawa Singer on June 4, 1935, Janet was a happy child. She was the first grandchild in her family, and was often spoiled. She recalled fond memories with her family, like cooking and baking with her mother and grandmother, and riding her uncle’s motorcycle. Everything changed with the invasion of Poland.

Can you tell us your story as a child of the Holocaust?

All the happy times ended September 1, 1939, when the German army attacked Poland. My father sent me, and my mother and my baby sister to my grandparents’ home. But when we arrived, everybody was packing up their belongings and running away, and heading in the direction of Russia. [M]y grandfather did the same; he packed up some of our belongings [on] our horse and wagon, and we headed towards Russia. I was just four years old when the war began, but I remember that ride because there were times when German planes were strafing the crowd, and we would have to jump off the wagon and hide in a ditch until the fighting stopped.

Poland was defeated in one month’s time, and when that happened the Polish army disbanded, and my father and his brothers [who had joined the Polish army] joined this caravan of people that was constantly streaming out of Poland and heading to Russia. When he arrived, he had no place, no idea where we were. He advertised in the newspaper looking for us, but by the time he found us, a very tragic thing [had] happened – my baby sister contracted diphtheria, because it was war time and there was very little medical treatment. [S]he died after my father found us. She was just 18 months old.

There were about 200,000 Polish nationals that had crossed the border, and they had to take [on] Russian citizenship in order to be allowed to work and stay. My parents decided not to do that; their fear was that once the war was over, they couldn’t return to their town and retrieve their property. So we returned to Poland, to our town. Our grandparents and one aunt and uncle stayed, and the people that stayed were put on trains and sent off to [labor camps in] Siberia. My grandmother died there.

When we arrived back in our town, all the Jews were forced to live in a ghetto. When we first arrived, my father was arrested. [T]hey said he was a communist because he came from Russia. So he was in prison. [E]very day my mother would cook and bring him his food, and I remember going to the prison. And I remember one time, the Gestapo came to our apartment. They made everyone undress – they were searching for valuables. Any money, jewelry, fur. They took whatever they wanted.

My parents made the decision that they were going to try to escape, and one night we left. We went to the train station. The train stations were very dangerous places, because that’s where the plain-clothed Gestapo would be… but we managed to take a train, and we went to another town where my mother had some relatives living.

But when we arrived, it was a very similar situation. At that point, my parents were desperately trying to find someone that would take me and hide me, and they made one more attempt to escape. [M]y father got a horse and wagon; it was summer time, and we left in the evening. It was a very bright night. [W]e didn’t get very far, when all of a sudden we noticed the Polish police approaching. We jumped off the wagon and we started to run, in the direction of some fields in the distance, and we tried to hide [among potato plants]. Of course potato plants are not very tall, so our attempt to hide was not successful. They soon found us. They beat us up, they made us go back. And it was… clear to my parents that there was no place to escape, no place to run, or hide.

They were able to convince [my cousin’s nanny] Maria… to take me, and [she] agreed. And so… my parents sat me down and explained that I had to go with Maria, and that we would be reunited soon, and to be good and listen. I was 7 years old.

In the meantime, an order was issued that… all Jews had to report to the [local] stadium. And my parents made one more decision; they decided not to walk into that place together. Their thinking was, if they separated, maybe one of them would survive. On that day, they walked into this stadium, and there was a selection process going on. [T]he SS officers [were] sitting as people were walking in, and these men made a decision – who would live and who would die. That day, several hundred men, women and children were taken to a local forest and shot. They were made to dig their own graves. My father was sent to the Krakow ghetto, and my mother… I [guessed she] went to the same place he did.

About two and a half years ago I was contacted by a young, Polish historian. She found a court document, a sworn testimony, that stated that [a] person recognized my mother’s body in Plaszow. She was shot in August of 1943.

See part two of our interview with Janet Applefield to learn more about her story of survival, a long awaited reunion, and her hopes for the next generation.

Want to continue the legacy of those who perished in the Holocaust? 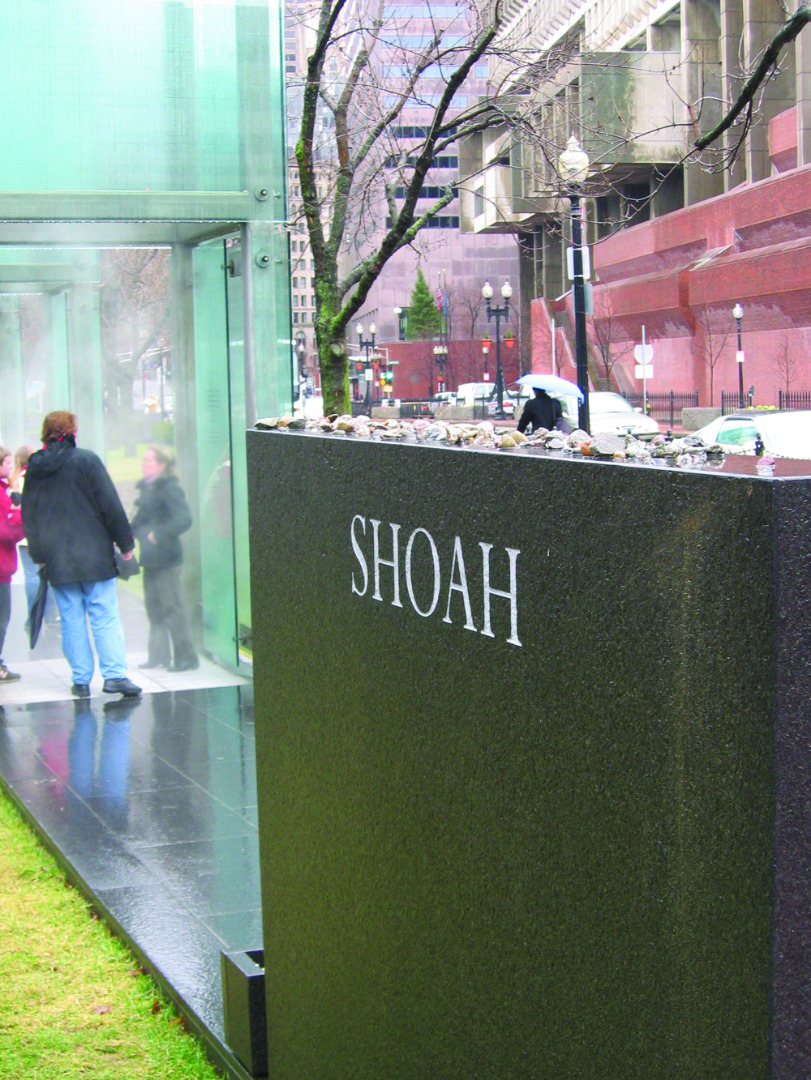 Join us on Sunday, April 12 at 10:30 a.m. in Faneuil Hall for JCRC’s Community Holocaust Commemoration of Yom HaShoah.

Janet Singer Applefield earned her Masters of Social Work at Boston University. As a clinical social worker, she has counseled a wide variety of patients, and she currently provides psychotherapy and behavioral management services to patients at nursing homes. In addition to her public speaking engagements, she is writing a memoir chronicling her experiences as a child survivor of the Holocaust. Janet has three children and five grandchildren. She lives outside of Boston, Massachusetts.