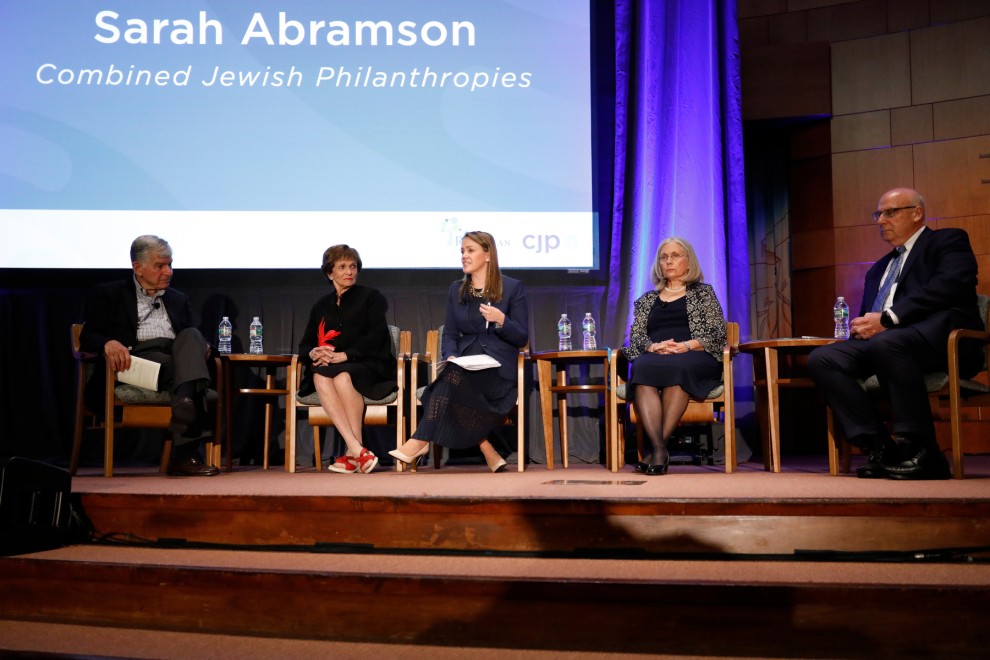 When Kitty Dukakis first told her father that she was an alcoholic, he responded simply, “You couldn’t be.” She questioned why he thought this, and he responded, “You’re a Jew, and you’re a woman.” In his mind, these two facts excluded the possibility that she might have a dependency on alcohol.

Filmed during the Celebrating Inclusion: Opening Doors to Jewish Community event on May 15, the video below shows the fascinating panel discussion featuring Kitty Dukakis, her husband, former Massachusetts Governor Michael Dukakis, and their good friends Dr. Cynthia Piltch and Jamie Katz. Their personal stories reveal the impact and stigma of mental illness while highlighting the unique and critically important role that synagogues can play in supporting and healing their communities.

Barry Shrage closed out the evening with a reminder of how special and powerful the Greater Boston Jewish community and its synagogues are.

Learn more about the Ruderman Synagogue Inclusion Project, and see if your congregation is participating.