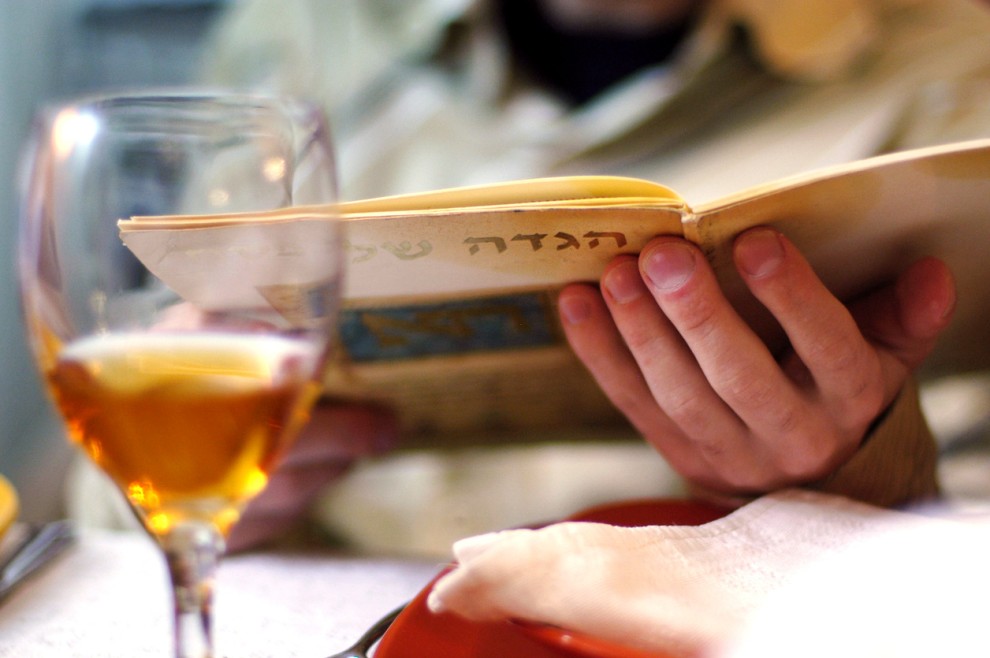 “Rachamanim bnei rachamanim” – we are a merciful people descended from people of compassion.

This is a treasured description of our people going back to our ancestors, Abraham and Sarah, who opened their tent to all those passing by. Their love of strangers and their compassion was the hallmark of the faith they brought to the world and the converts who joined them as they made their way through the world.

In fact, I believe welcoming strangers is the most ancient and fundamental law of our people, alongside the pursuit of justice. Sodom was the richest city in the world but hated, brutalized, and expelled strangers. The residents of the city perished because of their greed. Lot was saved because he protected strangers even at the risk of his own life.

It is the Exodus from Egypt, from oppression and degradation, the Passover that we are now celebrating, that most powerfully calls on us to care for the stranger.

"You shall not oppress a stranger, for you know the feelings of the stranger, having yourselves been strangers in the land of Egypt." (Shemot 23:9)

Rabbi Jonathan Sacks reminds us that:

"There is something striking about this almost endlessly iterated concern for the stranger – together with the historical reminder that ‘you yourselves were slaves in Egypt.’ It is as if, in this series of laws, we were nearing the core of the mystery of Jewish existence itself. What is the Torah implying?

"To be a Jew is to be a stranger…this is why the Torah is so insistent that this experience – the retelling of the story on Pesach, along with the never-forgotten taste of the bread of affliction and the bitter herbs of slavery – should become a permanent part of their collective memory."

This year before Passover, I read the story of Teklit Michael, an asylum seeker from Eritrea living in Israel. Like most of the asylum seekers, he has spent many years in Israel. He has spent most Passovers with Jewish families and he knows the story well. He tells the story of suffering and uncertainty and imminent expulsion to strange and dangerous lands. He asks, "What will you tell your children about Passover?”

At my own family’s Seder, among the storytelling and laughing children and grandchildren, I read the words from the Haggadah: "You shall not wrong a stranger or oppress him for you were strangers in the land of Egypt." As I said them, I was thinking not only of our ancestors, but of Teklit Michael and all those who are in danger of imminent deportation. I could neither truly enjoy the holiday nor honestly tell the story of the Passover without telling the story of Teklit Michael and the thousands of other men, women, and children seeking asylum today in Israel.

Before the start of the holiday, I thought the task of helping Teklit was straightforward. The Israeli courts were pressuring the government to clarify its plans and offer greater transparency in dealing with migrants and asylum seekers. Reasonable policy must balance a country’s values with its interests. In Israel’s case, this begins with having a clear, efficient, fair, and transparent process for distinguishing between economic migrants and asylum seekers. The latter should be recognized as refugees, while I’d suggest that compassion - the values of Abraham and Sarah - should help guide policies in general.

I was intending to use whatever influence I had to advocate for the asylum seekers and to raise funds for support services as well as for the legal representation required to assure a fairness and transparency with due process for each case. This effort would help support the work of Israeli volunteer organizations and thousands of volunteers who had been steadfastly supporting and caring for the migrants for years. Until the start of the holiday however, the government seemed inclined to continue the demonization of the asylum seekers (calling them "infiltrators" thereby associating them with terrorists) and fighting the courts to expedite the deportations.

But by Monday morning, as Passover continued, everything seemed to change – miraculously and for the better. The Israeli government announced that the country had come to an agreement with the UN High Commissioner for Refugees on a plan that provided a comprehensive and compassionate solution to the migrant and asylum seeker challenge. Nearly half of the migrants and asylum seekers would be taken to Western countries, while the other half would stay in Israel. There, they would receive job training and help integrating into Israeli society. Neighborhoods in south Tel Aviv would be rehabilitated and migrants and asylum seekers would be disbursed throughout Israel rather than concentrated in one area. For five years, those staying in Israel would be granted temporary status, enough time to have their individual cases evaluated or to make other plans to leave the country.  In response, more Israeli families came forward to aid the humanitarian effort.

I couldn’t help but notice that, along with a compassionate plan, the language softened as well. The "infiltrators" were now "migrants" (human beings once again!). My first reaction after gratitude to the government was to find ways for the American Jewish community and its institutions to support the large-scale, human-service task that the government was suggesting.

The plan proved that the objections to a fair and just resolution could be overcome!

That was the morning.

By the afternoon the deal was dead. (See Julie Fisher's blog for an excellent overview). The migrants were "infiltrators" once again and the promise of Passover had been brutally denied. The government tried to shift the blame to groups that opposed the deportations. What was a tragedy in the making was now a complete disaster. A plan that could have strengthened Israel’s standing in the world and brought American Jews and Israelis closer together in pursuit of a common dream was carelessly discarded threatening to further distance our two communities.

To be clear, base political maneuvering has cost us the opportunity for an elevated political vision to guide Israeli society and the American Jewish community - a vision based on our most significant Jewish values and that embodies our best hopes for our children and grandchildren.

The values embodied in our Seder that we are to teach our children through the Seder experience: love of neighbor and stranger, compassion for the poor and helpless, and a deep commitment to the future of our people. The conscience of our people is at stake and the answer is available. Why shouldn’t we therefore choose life?

And yet we are forbidden to despair.

We must believe in the future of our people and our beloved State of Israel. We must remain optimistic and continue the fight. I will return to my original plan - to support the rule of law in Israel by raising money to provide material support for migrants and asylum seekers and legal due process to ensure transparency and a fair hearing process.

At the burning bush Moses, facing an impossible task, asks God for His name. God says Ehyeh sh'ehyeh –​ "I will be what I will be."

Please join me in helping to secure much needed material support and legal representation for asylum seekers.

HIAS grants scholarships for immigrants (olim) who recently have immigrated to Israel. HIAS assists with Israeli government and UNHCR efforts to protect refugees arriving from Africa and elsewhere, and runs programs in the region to protect, assist and – in many cases – resettle refugees and migrants of all faiths and ethnicities. HIAS also undertake Refugee Law Education and co-formed the first Israeli refugee law clinic in 2003 at Tel Aviv University's Buchmann Law Faculty. HIAS has also been working closely with the Israel Ministry of the Interior (MOI) and the UNHCR to train MOI personnel to fully assume the responsibilities of Refugee Status Determination in Israel.

The Hotline for Refugees and Migrants

The Hotline for Refugees and Migrants​ is a non-partisan, not for profit organization, dedicated to (a) promoting the rights of undocumented migrant workers and refugees and (b) eliminating trafficking in persons in Israel. We aim to build a more just, equitable and democratic society where the human rights of all those residing within its borders are paramount civic and political values.