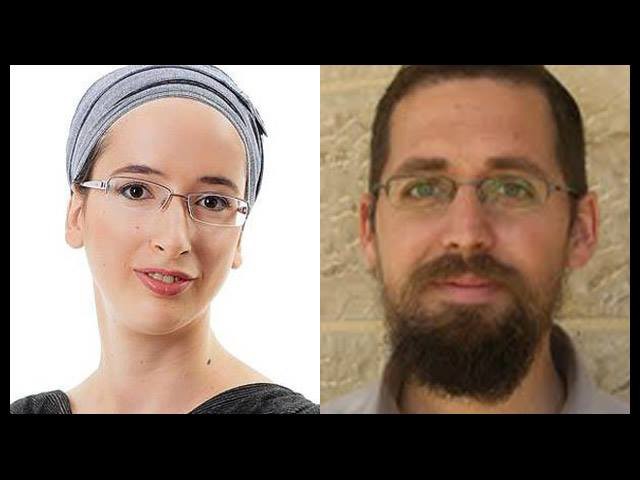 Last week, just before Shabbat, Hamas terrorists murdered two wonderful souls in front of the eyes of their children.  The New York Times, The Boston Globe and many other publications described them simply as “settlers.”  It’s vitally important that we remember them as part of our people, our family, and as cherished human beings – both as parents and as children of caring parents.  Rabbi Jonathan Sacks wrote:

“The brutal murder of Rabbi Eitam and Naama Henkin in the presence of their four young children has shocked us all. It is hard to enter the spirit of zeman simchatenu, our festival of joy, (Succoth) in the midst of such lacerating grief. Our thoughts are with their children, and with their parents, Chanan and Hila Armony and Rabbi Yehudah and Rebbanit Chana Henkin, two of the great Jewish role models of our time. We ask, Zu Torah vezu sechorah, is this the Torah and this its reward? But we know better than to wait for an answer. In the end all we can do is to join the bereaved in our prayers…We cherish the memory of two beautiful human beings who lived and taught the sanctity of life. May their example live in all our hearts.”

In his new book, Not in God's Name, Rabbi Sacks reminds us that all religious murder is a desecration of God’s name.  Dehumanizing and blaming the victims of religious murder compounds the sin and only encourages further violence.

So the book of Genesis tells us. Having made human beings in his image, God sees the first man and woman disobey the first command, and the first human child commit the first murder. Within a short space of time 'the world was filled with violence'. God 'saw how great the wickedness of the human race had become on the earth'. We then read one of the most searing sentences in religious literature. 'God regretted that he had made man on the earth, and his heart was filled with pain' (Gen. 6:6).

To invoke God to justify violence against the innocent is not an act of sanctity but of sacrilege. It is a kind of blasphemy. It is to take God's name in vain.”

May the memory of Rabbi Eitam and Naama Henkin be a blessing and may we continue to work and pray for the peace and safety of our brothers and sisters in Israel.