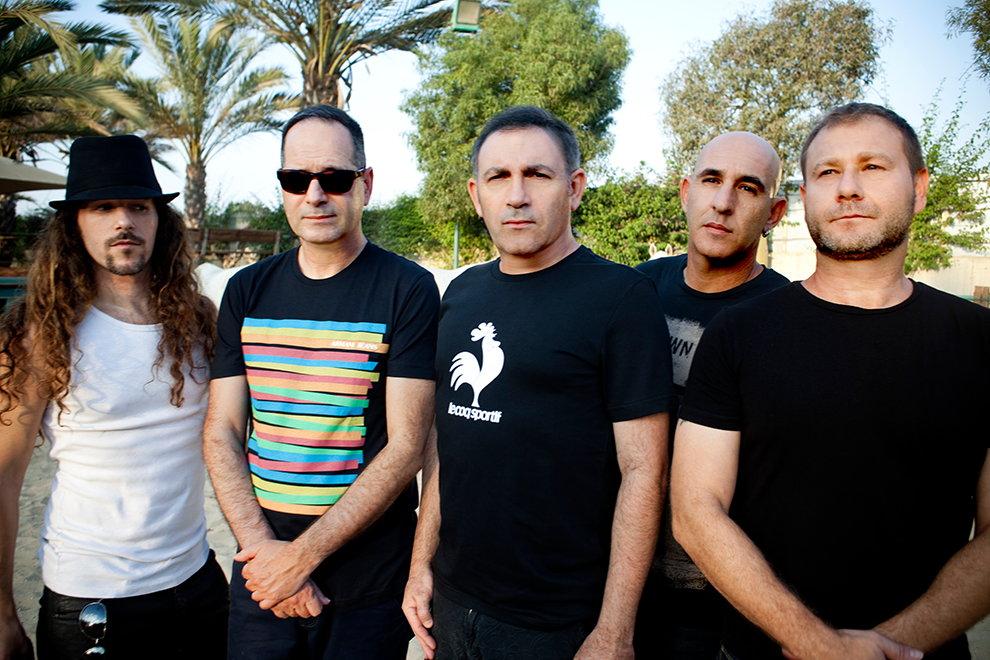 The grand finale of the May 31 Celebrate Israel: Boston festival in Waltham is a performance by the legendary Israeli rock band Ethnix. Started in 1989, Ethnix is credited with being one of the first Israeli rock bands that mixed American-style rock ‘n’ roll with the rhythms and melodies of Arab and African Jewish communities. The band, spearheaded by vocalist Ze'ev Nehama and Tamir Kalisky on keyboards, has released 17 albums and has changed the face of popular Israeli music.

Ze'ev Nehama shared his thoughts about their upcoming appearance in Boston:

Joey: With your decades of touring, has the band ever played in Boston?

Ze’ev: Ethnix performs an average of 100 times a year both in Israel and in the rest of the world. The band has appeared in the United States from coast to coast. It is our first time performing in Boston and we are very excited.

Joey:  Few groups have been able to stay together for as long as your band. Why do you think the band has been so popular for so long?

Ze’ev: Our popularity over a long period of time is the result of hard work and great relationships between band members. There is something about our chemistry and cooperation over many years that created a special environment within the band, which is the engine for our success.

Joey: What is it about your music that makes it so Israeli?

Ze’ev: The reason our music is so Israeli stems from our identity as Israelis. We were all born in Israel in a new nation that was just being established. The sounds and rhythms of our music create an energetic modern style that also reflects the tradition of our ancient Mediterranean culture. We have always loved the connection between the musical styles, rhythms and unique instruments. That special Israeli Mediterranean style just excited us and sparked our curiosity. We do what we love to do.

Joey: Do you feel any extra pressure being an Israeli band when you perform outside of the country?

Ze’ev: We have never felt pressure or hostility as an Israeli band. We definitely feel that we are representing Israeli culture and all the great things Israel has to offer: music, smiles, and love. From our perspective, performing Israeli music for Israeli Yom Haatzmaut in America is an exciting experience, which means a lot to us.

Joey: Any advice for musicians on how to keep a band together for so long?

Ze’ev: The best suggestion is to leave your ego at home. Despite the fact that it can be hard for artists and performers, it is more important that performers focus on playing together, and enjoying the music.

Joey: Last question, for people who may have never seen you perform, what should the audience expect from an Ethnix concert?

Ze’ev: We promise a lively show with an Israeli band that loves to create a fun environment for people. We are gonna rock the house.

Joey: Thanks so much for taking the time to talk with us.

Ze’ev: Can’t wait to see you at Celebrate Israel: Boston!

For more information on the May 31 celebration, visit celebrateisraelboston.com.

Here are some videos that should get you in the mood for a great concert and day-long celebration of Israel.

Here’s a sample of an Ethnix performance: