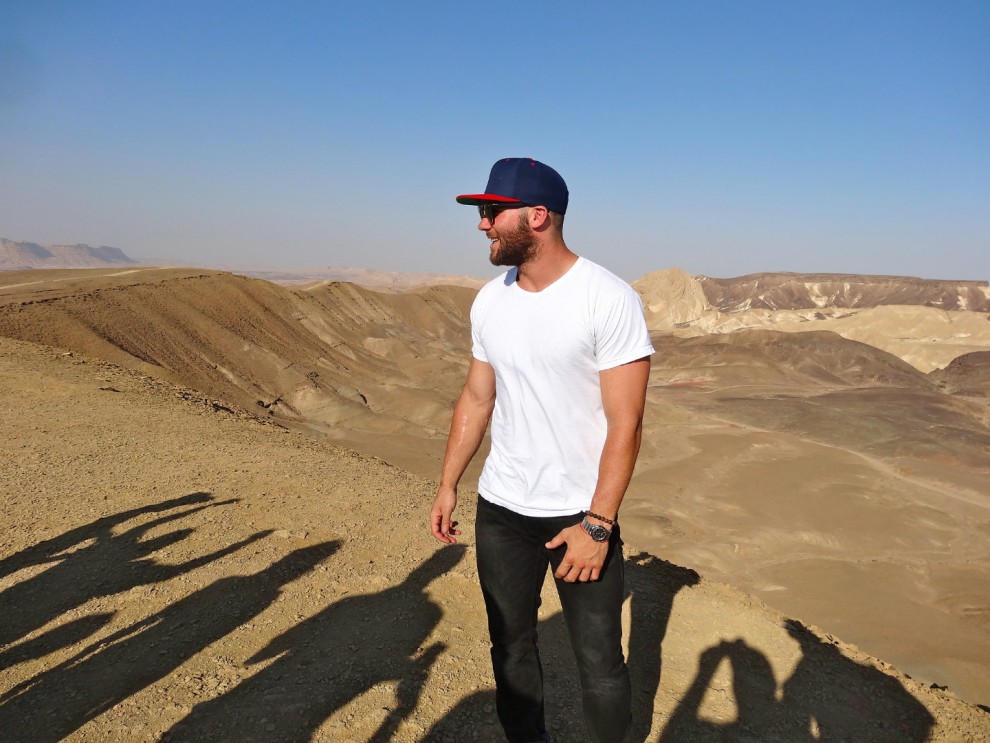 It’s not often – okay, maybe never – that you get to see an incredible place with a professional athlete. Even rarer that the athlete is actually a really nice guy who just happened to CATCH A GAME-WINNING PASS IN A SUPER BOWL SENDING THE ENTIRE SIX-STATE REGION INTO A CRAZED STATE OF BLISS!

A trip this good needs its own hashtag, and Julian himself decided that it was #IsraelTyme.

Throughout the tour, we sailed, biked, swam, learned, prayed, hiked, basked, posed and ate (a lot).

And all along the way, we shared our experiences with social media, giving a better picture of the incredible journey we had.

_ @edelman11 on the beach boardwalk in #TelAviv. #IsraelTyme is longboard time.

Shabbat shalom from the city of gold! #israeltyme #Jerusalem #teentour2015

Savoring the delicious chaos that is the Machane Yehuda market in Jerusalem.

A slightly longer than expected but stunningly beautiful hike through the Ramon Crater.

Shalom from @mitzperamon! The view, rappelling, and ibex are all very nice, but that food tho! #ISRAELIgoodfood

Probably worth mentioning that the food in Israel was outstanding.

Of all the nice backdrops in Israel, we chose an Israeli mushroom truck in a gas station parking lot for a photo. pic.twitter.com/XwjNGVYik1

And everyone had a chance for a selfie. Some even with a giant mushroom as a backdrop.

Others with some more meaningful scenery.

#IsraelTyme lasted only a week, but there’s much more on our incredible journey we’ll be sharing in the weeks to come.