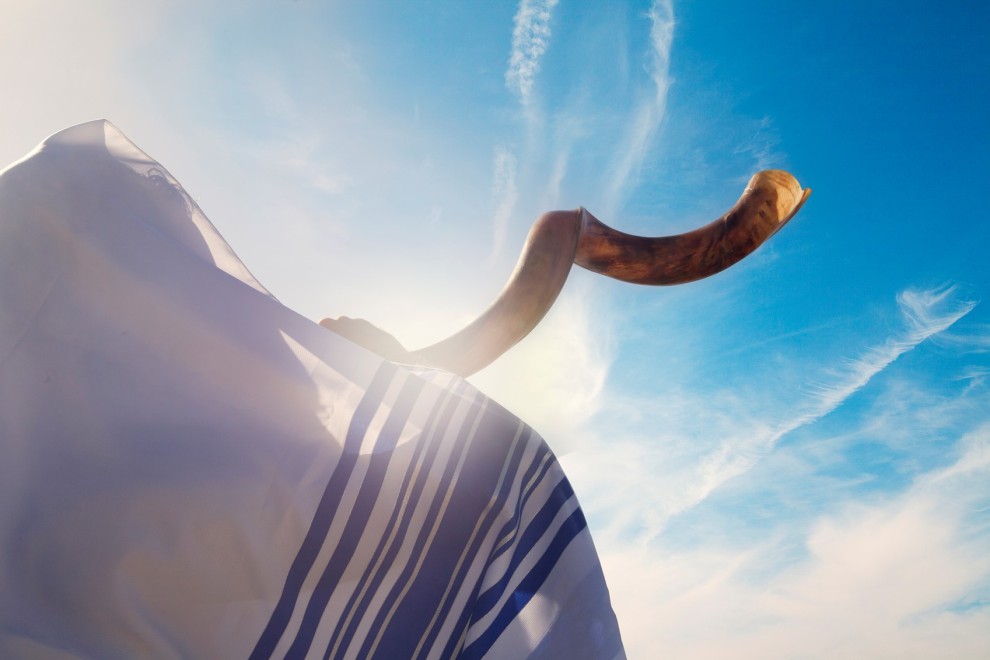 Rosh Hashanah is Yom Hazikaron, the Day of Remembrance. We remember our transgressions against God and one another; we remember those who have touched us and those we have lost; we remember who we are, and who we want to be. Rabbi Jonathan Sacks teaches that “without memory, there is no identity, and without identity we are cast adrift into a sea of chance, without a compass, map or destination.”

Just as this is the time when each of us evaluates our soul and affirms our identity, the dilemma faced by CJP, our community, and now more than ever before, our country, is how do we answer the questions that confront us: Who are we? What do we stand for? Will we stand together?

Now through the end of Yom Kippur, the Torah concerns Moses trying to deal with the political problems of a new nation. The people of Israel stand to reaffirm their covenant with God. They are not passive as they stand to make their promises. Afterward Moses offers blessings to each of the tribes in anticipation of the Israelites finally crossing the Jordan River to the Promised Land. His final day is spent preparing the people and their institutions for all the complexities and problems they will face as a nation. He literally flatters, cajoles, and even begs them to love and care for one another, and to remember the covenant. He implores them to stand for righteousness, reminding each of them of their role and their responsibilities to one another, and for one another.

I love that our epic story of slavery and the Exodus, Mount Sinai, forty years in the wilderness, and the urgency of Moses laying the groundwork for a Jewish nation ultimately returns us at Simchat Torah to the beginning, with the simplicity of one human being and his relationship with God.  If Deuteronomy culminates during the High Holidays by establishing expectations for a nation, the story of Abraham reminds us of our individual capacity for kindness, strength, and justice.

We learn from Abraham that “the deed of hospitality is greater than the divine presence.” According to the Rabbis, this stands in stark contrast to the citizens of Sodom, whose greed is revealed in a Midrash quoted by Nechama Leibowitz:

They said: Since gold and silver flows from our land what need have we of travelers? We do not require any visitors since they only come to diminish our substance. Come and let us cause the foot of the traveler to be forgotten from our land.

They were literally forbidden to welcome strangers and were required by law to treat them with hostility. In a related Midrash, she shares:

They issued a proclamation in Sodom, saying: Everyone who strengthens the hand of the poor and the needy with a loaf of bread shall be burnt by fire! Pelotit the daughter of Lot was wedded to one of the magnates of Sodom. She saw a certain very poor man in the street of the city and her soul was grieved on the account. What did she do? Every day when she went out to draw water she put in her pitcher all kinds of provisions from her house and she sustained that poor man. The men of Sodom said: How does this poor man live? When they ascertained the facts they brought her forth to be burnt by fire. She said: Sovereign of all worlds! Maintain my right and my cause at the hands of the men of Sodom! And her cry ascended before the throne of glory. In that hour the Holy One blessed be He said: “I will go down and see whether they have done altogether according to her cry which is come unto me” – and if the men of Sodom have done according to the cry of that young woman I will turn her foundation upwards and the surface downward . . .

God tells Abraham “I have heard the scream of Sodom” and shares his plans for the city. Abraham stands before God and asks how he can destroy the city if there are righteous people intermingled with the evil people there. God rejects him, telling Abraham that while there may be those who are righteous they are not counted as such in God’s eye because they do not exert their influence on others. They do not act. Abraham’s final plea, “Shall not the judge of the whole world do justice?”, is a stirring statement of Abraham’s concern, not just for his own family, or his own people, or his own relationship with God, but with justice for all the people of the world.

Deuteronomy teaches us that before the new nation that God promised could be realized, individuals had to stand for righteousness in the context of their community, just as Abraham stood on one side for justice and the stranger, while Sodom stood on the other.  Acceptance and love of the stranger are deeply embedded in our culture, and intertwined with our identity. Indeed, CJP’s origins are in service of the immigrant community. We are the children and grandchildren of immigrants, and we remember what it is to be strangers and what it is to be unwelcome. Kindness and hospitality are values we commit to individually, expect of our community, and value in our nation.

Remembrance is an act in the present in which we reach toward the past to determine our future. This Rosh Hashanah is a time to remember who we are and what we stand for as a community and as a nation. How CJP responds to the issues that face our community will be the subject of a year-long strategic planning process, beginning this fall. The questions being asked of us, and that we must ask ourselves, have never been more relevant as they are right now. I expect and hope that it will spark an invigorating conversation about our relationship with Judaism, one another, and the actions we take in support of our values.