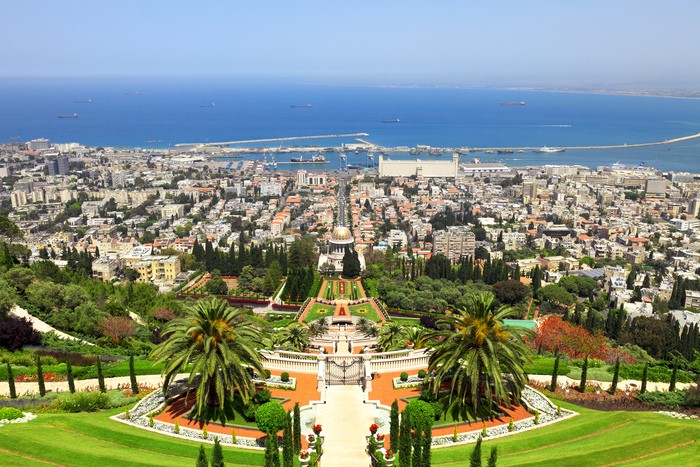 According to our tradition, God revealed himself to the Jewish people on Mt. Sinai on Shavuot. Shavuot marks the giving of the Torah; the moment that God revealed himself to the Hebrews; the spiritual birth of the Jewish people and the ultimate spiritual experience. At that moment, we were lifted out of ourselves as human beings and perceived ourselves to be part of something much greater. For many who seek God, this is the essence of what we mean by the word “spiritual.”

How do we connect to the spiritual, to something that lifts us out of ourselves and ties us to something greater? A few years ago, psychologist Jonathan Haidt, wrote about an emotion he described as "elevation." Elevation, he said, is “triggered by witnessing acts of human moral beauty or virtue. It's a warm, uplifting feeling that people experience when they see unexpected acts of human goodness, kindness, and compassion. It makes a person want to help others and to become a better person himself or herself.”

I believe “elevation” is also closely related to a wide range of “spiritual” experiences. I believe we feel “elevation” when we hold our own child for the first time, or see through new eyes, with awe, the beauty of Jerusalem's hills, or the Grand Canyon, or see the face of God in prayer, or feel safe and supported by our community in a time of need.

American Jews frequently describe themselves as not “religious” per se, but they aspire to spirituality. By spirituality, I think we mean something very close to "elevation," something that brings us out of our own lonely and isolated selves and connects to something bigger, to something eternal, to family, to community, to a people, to generations without beginning and without end, to "the eternal," perhaps to the eternal God.

In this sense, the experience of the spiritual for American Jews may be linked to many aspects of community and Jewish life—to Torah (Jewish learning,) and tzedek (social justice) and chesed (acts of loving kindness). All of these bring us nearer to the spiritual, to the idea of God.

I am writing this from Haifa, sitting near the snack bar at the University of Haifa.

For me, being at the University of Haifa is a deeply spiritual experience. Just sitting in the snack bar in a place where Jews, Muslims, Christians, Druse and Arabs study together in peace and harmony is a little piece of heaven in this frequently bitter world.

Then, for a moment I thought I experienced something more; the most ordinary and unremarkable event imaginable.

A young Ethiopian woman, Malkah, went to the counter and ordered her lunch in perfect Hebrew.

For me, it was full of profound significance.

Our Ethiopian brothers and sisters had struggled for thousands of years to preserve their way of life against all odds, American Jewry had demonstrated and lobbied for decades to gain their release and bring them home to Israel. They had struggled and continue to struggle to find their place in Israeli society.

So when Malkah, who was now on her way to becoming a speech therapist, ordered her lunch in perfect Hebrew, I experienced something far more profound. I experienced in Malkah's life a 2,000-year old struggle for redemption, a struggle that our Boston community had participated in through advocacy in the early days and through Shiluvim, our community project in Haifa aimed at the educational, social and economic integration of Haifa's Ethiopian community.

Nehama Leibowitz, in her Torah commentary, understands the Jewish people’s experience of God in similar terms.

In Parshat Shmini, the Jewish people see the glory of God after completing the building of the sanctuary in the desert. She writes:

“The seeing of the glory of the Lord is here understood in the sense of the reward they deserved for all their trouble and toil, in the course of which they reared in their hearts a temple to the Lord with their voluntary offerings and contributions.”

While I believe our need for God’s warmth and presence as individuals and as a people is as strong as it has ever been, it’s very clear that our ability to perceive God has deteriorated. Nevertheless, our recent history as a people seems filled with very public miracles and expressions of God’s glory.

For me, God’s glory shines brightly in the most isolated remnants of our people and in their collective struggle, in trouble and toil to build a new temple in their hearts and in Ethiopian Jews who guarded the Torah in isolation for more than 2,000 years.

But God’s glory also shines among our Jewish people, in relationships, in synagogues who are struggling against long odds to build places of holiness and meaning, in “palaces of sacred time” (to quote the beautiful language of Abraham Joshua Heschel) and in environments of Torah and Tzedek and Chesed.

Leibowitz​ wrote, "God’s glory shines brightly in the most isolated remnants of our people and in their collective struggle, in trouble and toil to build a new temple in their hearts."

For me, spirituality is not found only in quiet contemplation, but rather in our common struggle to bring the isolated remnants of our people home so that we can, together, through toil and trouble, build a new temple in our hearts.

As we struggle to find spirituality on this Shavuot, perhaps we should remember Malkah and the possibility that spirituality can best be found outside ourselves in a sense of purposeful and meaningful community that takes us outside the narrowness of our lives and into the service of our people and all humankind.