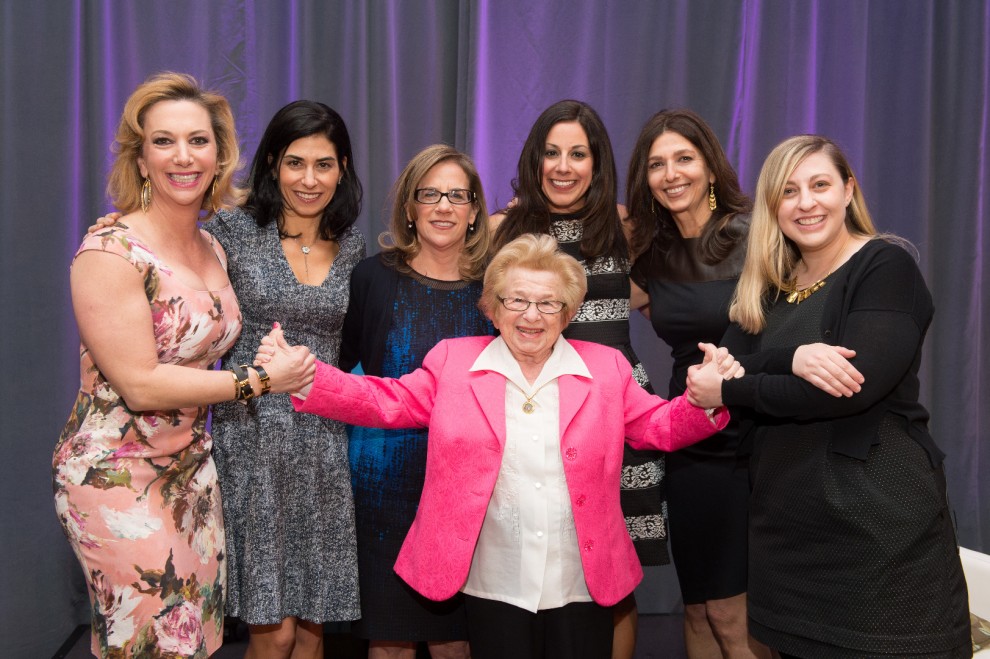 Full disclosure: I spent the night with Dr. Ruth.

But then so did 450 other women – a record-smashing number for Women’s Philanthropy. And speaking of records? Not only did we have the most women together for one event in WP history, we hit a new high and raised over $200,000 in our effort to innovate, inspire and make an impact in our Jewish community.

As a staff member of CJP, I was lucky enough to get a front row (okay, standing room in the back) seat to this year’s Pomegranate Society & Friends Event, featuring renowned sex therapist, author and media personality Dr. Ruth Westheimer.

Talking freely and fabulously, Dr. Ruth shared how her Jewish identity has shaped her career, and helped her open doors of opportunity to women worldwide. She was joined by Ohad Elhelo – former IDF Special Forces officer and 2015 Chai in the Hub winner – who has worked tirelessly to promote productive discourse and the need to build an “infrastructure of hope.” At the end of Ohad’s speech, when the entire room joined in a standing ovation, it was clear just how dedicated WP is to securing a better future for the next generation.

Sex, spirituality and a healthy dose of sass 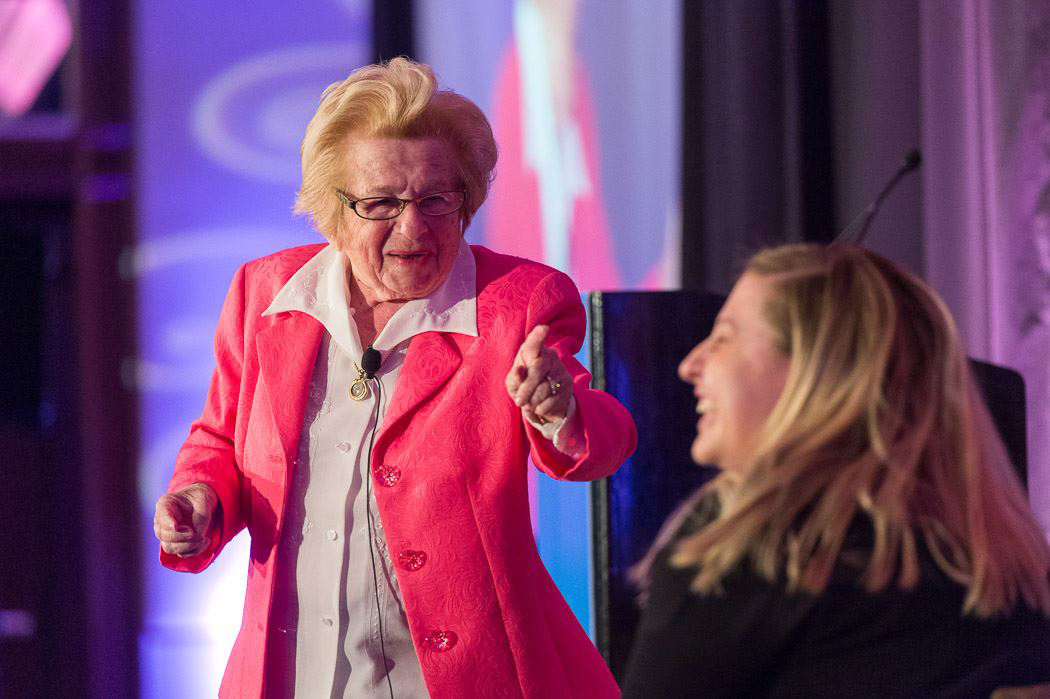 In true Women’s Philanthropy fashion, Dr. Ruth infused the Westin Waltham with her signature heart and humor, joking that sex was the only topic that would draw so many women out just three nights before Passover. Interviewed by Boston Globe advice columnist Meredith Goldstein, Westheimer left no question unanswered – from her past as an orphan of the Holocaust, her time as a sniper in the Israeli War of Independence, or her rise to fame as the first female therapist to frankly discuss sex and relationships. She also talked Talmud, and the Jewish values that underpin her life’s work.

Oh, and that humor? I can’t quite post some of her jokes and anecdotes here, but let’s just say there were a few faces as pink as Dr. Ruth’s jacket – although far more from laughing than from blushing. “She rocked it!” I heard, on more than one occasion. I’ll raise a Penthouse cocktail (WP’s signature drink of the evening) to that.

Getting up close and personal

For more than an hour, Dr. Ruth signed books, snapped pictures and mingled with the crowd, inscribing heartfelt notes and 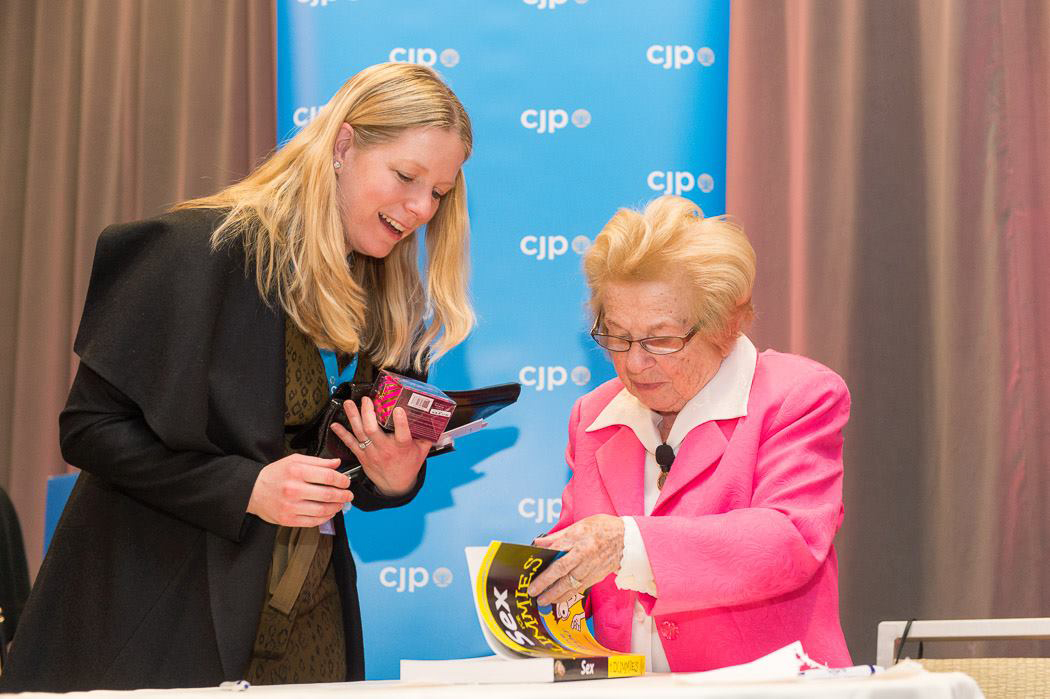 encouragements in everything from Sex for Dummies to Sex After 50 – all part of her expansive collection of books that capture love across life and spiritual spectrums. Her enthusiasm was contagious, and she eagerly welcomed the long line of women waiting to shake her hand.

And speaking of pictures – want to get intimate with all the fun? Check out pictures from One Night Stand on Facebook to see all your friends and some incredible behind-the-scenes happenings.