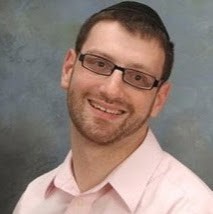 In May 2013, disability advocate Jason Lieberman wrote an incredible article about accessibility in the Jewish community for people with disabilities. Living with cerebral palsy, he has a unique insight into the ups, downs, and in-betweens of managing such an enormous cause.

Here, he shares insights into the progress we’ve made since then, and sheds light on some of the ways we can continue to move forward—for everyone in the community.

You said you’ve often felt like ‘Don Quixote tilting at windmills that won’t budge.’ How are we doing now with providing accessibility in Jewish schools and synagogues?

Progress has been made…and it hasn’t. On January 11, 2016 I was honored by an organization called Matan, of which I was a longtime board member. Matan started in 1999 and works to this day on the accessibility of Jewish education—at this point primarily in synagogue schools. They started out by teaching individual classes, and transitioned over the years into a model where they run institutes to teach teachers how to teach, and education directors of synagogues how to accommodate.

When you’re inside that world, or when you’re sitting on that board, you see how many people they’ve touched in the last few years—through the teachers that they’ve taught, who’ve gone back to their congregations and their schools to teach kids and other teachers. It touches thousands. On an individual congregational basis, we’ve made great strides. The fact that we’re even having this conversation is a great stride.

But, about a year ago, I was on a conference call with a colleague of mine, Jennifer Mizrahi, who runs RespectAbilityUSA. She’s an expert in polling and focus groups. And her focus groups, conducted in the Washington DC and Houston metro area, came back with data that sounded exactly like the stuff we did 15 years ago, before we got started. Furthermore the focus groups which were intended to dig deeper into a related poll in the same area supported the poll’s findings. So really, it depends.

How can the community better accommodate those that need it?

In places where it’s apparent that someone with a disability needs accommodation, or asks for it, or fights for it, it can be done—because there are people and there are resources that can get it done.

Now we have to get to a point where we don’t have to beg and plead for it. Where [someone with a disability] just knows that if they come in and they need help, there’s going to be someone that’s going to say, “Can we help you? What can we do to make you feel more comfortable in our community?” without necessarily needing to have a diagnosis in order to get there. We need to be asking everybody in our community across the board, whether they have a diagnosis that we know about or not, “What can we do to make sure that you’re included? How can we make the Jewish community stronger?”

And we’re not doing that. We’re waiting for someone to say they need help, or need to be included, before we get there. I don’t expect us to get there tomorrow. But eventually we need to get to the point where we’re saying to Jews, that, “We want you. We care about you. You don’t need to fight to be part of the community. You just are part of the community.” We need to take a more active approach than a passive one.

Is it difficult to pull together the resources necessary to get this work done?

16 years ago, the resources—whether they were financial or intellectual—weren’t there. Now, between some of the amazing work that’s being done by organizations like NJCD/Yachad, Yad HaChazakah-JDEC, Camp Ramah, the Ruderman Family Foundation and Matan, among others, we have [more of what we need] to work through these problems.

This month, I’m talking to the board of New York synagogues, and one of the things that I’m going to stress is that we have to follow more of the na’aseh v’nishma approach—instead of waiting for the resources before we start, let’s just agree [to jump in] and then go look for the resources.

I’m not saying the resources aren’t there, or that they aren’t part of the puzzle, although I don’t think they’re as big a piece of the puzzle as everyone makes them out to be. I think a significant part of this is attitude, and changing attitudes costs nothing. It’s incredibly difficult—but it’s not expensive. It just requires people to decide they want to change their attitude.

But a lot of it is just coming up to someone and saying, “Hi, welcome to our community, is there anything you need to be made more comfortable?” And that can be done whether we know they have a disability or not. And if their answer is connected to a disability, then we can access resources that are out there to help them. And if it doesn’t have to do with a disability, then it just creates a stronger Jewish community. That’s really, ultimately, what people with disabilities want—is to be part of the community. We know that we are different, we don’t want our differences ignored, we don’t want our differences to make us seem more special than anyone else. Everyone, every Jew, is special in his or her own way.

Jason Lieberman—who was diagnosed with cerebral palsy spastic diplegia at 11 months—is a sought-after public speaker who’s discussed Judaism and disabilities across the U.S. and abroad for over 15 years.

He professionally worked as the Director of Government and Community Affairs for Yachad/NJCD, an OU agency, and as Disability Program Manager for AIG. He was a longtime Board member of Matan, an organization dedicated to making Jewish education accessible to all leaners. In 2013, the New York Jewish Week named Jason one of their “36 under 36” for his Jewish communal disability advocacy work.

Currently, Jason is a Board member of BILS and UJA Federation of NY’s Taskforce on Disability. He continues to speak throughout the U.S. and overseas, and lives in NYC with his wife, Emily, and son, Ruby.