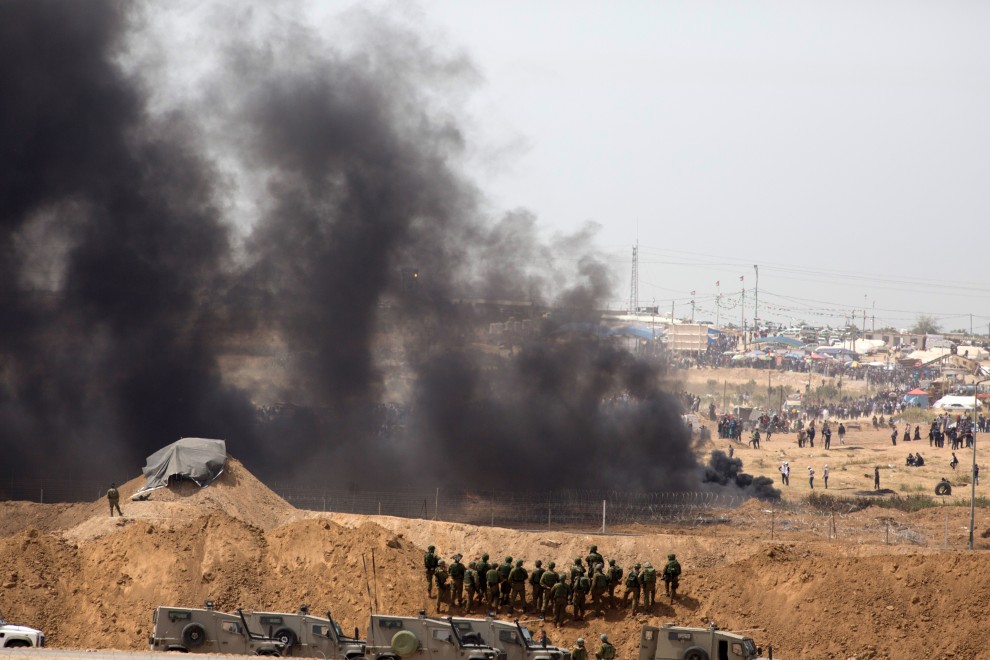 Like many of you, I have been closely watching events in Israel and Gaza. As I read the news, I recall my visits to the Israeli communities that sit alongside the Gaza Strip. I think of conversations with families that live in fear of the rockets and mortars fired from Gaza that have rained down on their homes for over a decade. They spoke of the terror tunnels stretching from inside Gaza that have been discovered at the doorsteps of their community. They shared their concern for the young men and women in uniform who guard them from the terror on their doorsteps.

In difficult times, I think of the Israeli parents who must send their sons and daughters to protect our precious state. I also think of the families in Gaza and am profoundly saddened by the loss of life.

It wasn’t that long ago that the future looked more promising. In 2005, Prime Minister Ariel Sharon oversaw Israel’s disengagement from Gaza, removing over 9,000 Israeli citizens living in 25 settlements (including four in the West Bank). Here was the opportunity for the Palestinian people to build their own society, to develop an economy, and to build security and prosperity in the region. It was not to be. Just two years later, Hamas took over the Gaza Strip — terror has reigned ever since. Today, peace seems a distant dream.

I believe that in these difficult times, we have a responsibility to engage our community in conversations. I believe we must model respectful dialogue so that individuals can ask questions and voice their hopes, concerns, fears, and frustration. These are complicated issues, and they deserve thoughtful exploration.

I have heard conflicting thoughts and emotions. Many, including myself, are deeply distressed by the violence, casualties, and loss of lives. The pain that we feel and complexity of the issues has been extraordinarily well expressed in this article by Rabbi Dr. Donniel Hartman.

Our conversations are often complicated by the polarized political divides here in the United States. I try hard to separate out my feelings toward the political figures involved and consider the issues themselves — the right of Israel to defend its borders, my profound concern for the State’s security, and the loss of Palestinian lives.

When I read the news, I am angered and dismayed by media coverage that is, by any standard, deeply biased and hypocritical. These same media outlets have largely ignored the indiscriminate murder of hundreds of thousands of men, women, and children in Syria, including 4,000 Palestinians. This selective condemnation of Israel’s actions, absent all context and balance, is profoundly wrong.

I will share a few of the most important points that I believe are not being accurately or clearly conveyed (you can see JFNA’s informative fact sheet).

Sixty-two people were killed earlier this week. According to Hamas, the majority were known members of terrorist organizations. This is a public relations victory for Hamas. I pray for the day when Hamas cares more about the future of the Palestinian people than the end of the Jewish state.