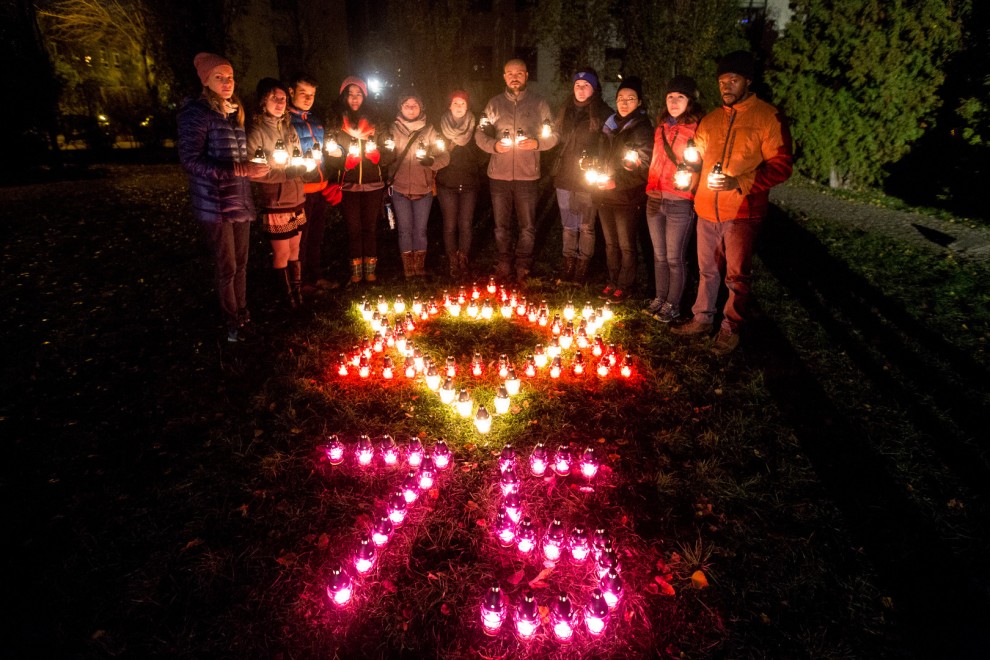 I had the opportunity to take a five-day journey through more than 1,000 years of Polish and Jewish history on CJP’s “Together, Restoring Their Names” service trip to Poland. Time traveling between my Wellesley College student life and the events that took place throughout the Holocaust has inspired me to reflect.

When I landed in the bone-chilling cold of Poland with our group of eight students, I felt uneasy. How could I be here and walk in the streets where millions of our people, the Jewish people, and so many others had been murdered? The answer: our group’s mission was to recover the history, preserve the stories, hear personal narratives, and educate both ourselves and others about Jewish life before, during, and after the Holocaust.

As I am still processing the Poland trip and everything that I experienced, here are some of my takeaways:

1) It is important to educate everyone, Jews and non-Jews alike, about the Holocaust.

Something that was so special and unique about this trip was that half of the students were Jewish and half were not. Our different backgrounds and cultures allowed us to learn from one another. We witnessed first-hand the experiences of the Jews: we walked in their footsteps in the old Warsaw ghetto, pausing at two of the only remaining original walls with their barbed wire; we stood at  the deportation location where trains took 300,000 Jews of all walks of life to the gas chambers of Treblinka; and finally we arrived at  the Warsaw uprising memorial. That night, we had an “Active Memory” vigil with more than 200 Jewish and non-Jewish people, including four busloads of Israeli students, local Polish activists, and others from around the world. No matter where we all come from, this is everyone’s history, and we need to learn from one another.

2) The preservation and restoration of stolen matzevas (tombstones) to Jewish cemeteries is crucial.

Jonny Daniels, the founder and executive director of From the Depths, showed us stolen and misused matzevas in the Warsaw Zoo. They were being used as building material, and they needed to be returned to their appropriate place in a Jewish cemetery. We saw more and more matzevas in various cities, all over Poland. Tombstones are eternal memories of someone’s life. By reading Hebrew and looking at carved images, it is incredible to learn so much about a person. By recovering and restoring the matzevas, we are actively demonstrating that small acts of tikkun olam (repairing the world) matter, and if we care so much, the Polish society and world will care and help as well. 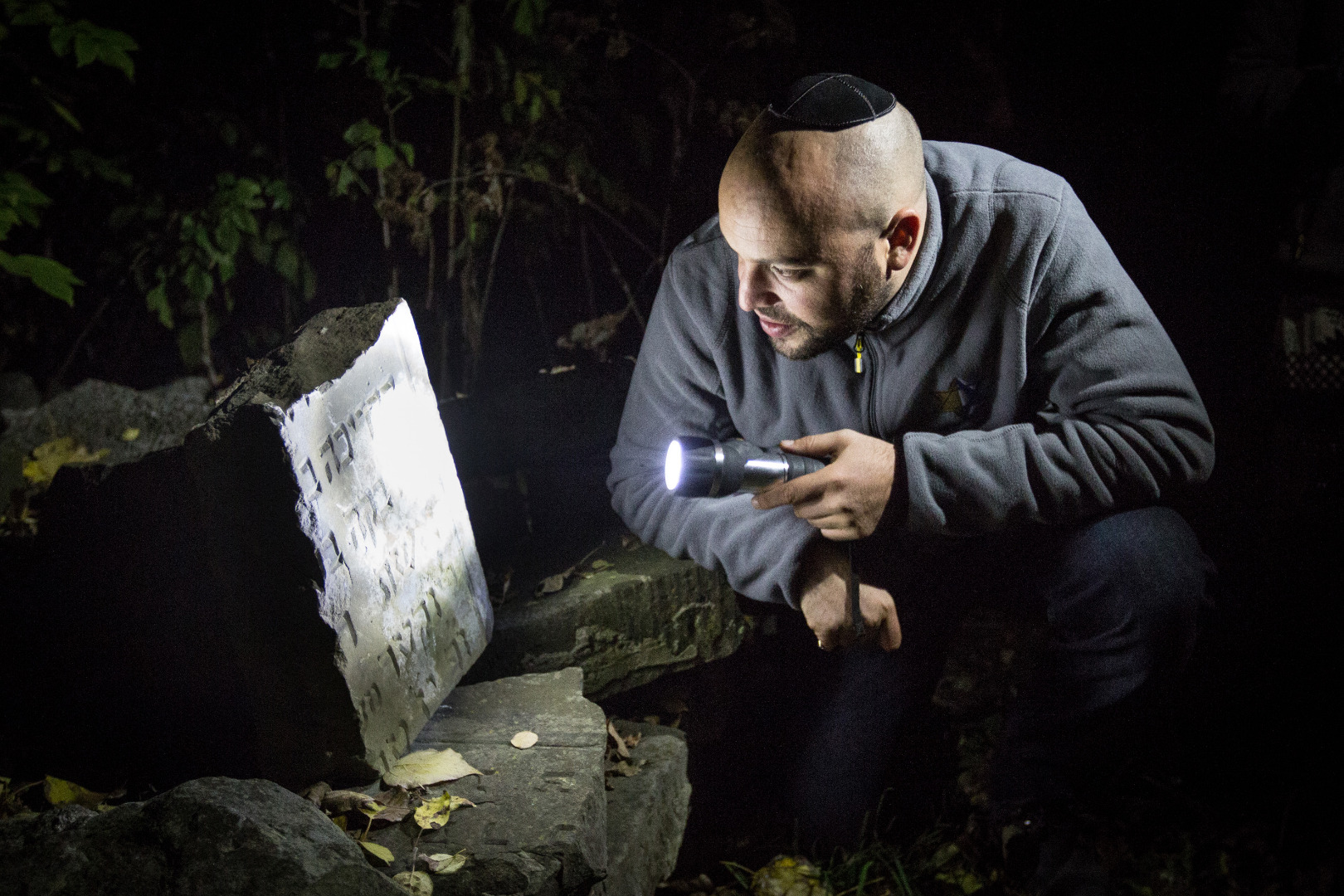 3) Survivors and “righteous gentiles” have incredible stories that need to be heard, everywhere.

As we trekked up a mountainous path, darkness surrounded us. Far away from any city, Jonny told us about the second known hiding place that is still in existence in Poland. We squeezed  through a small tunnel which ended in a cramped cave-like bunker: the hiding place. I teared up as I thought to myself that this could have been me and my family. Imagine spending two years in a completely dark, small, enclosed underground cave. For Anna, who lived there from ages two to four, not feeling fresh air or seeing sunshine was her life. Their savior, Jozeph, was 14 years old at the time when he smuggled food to Anna and her family and enabled them to survive the war. This was not only dangerous for her and her family, but this also put him and his family at risk; if they were caught by the Nazis, both families would have been killed immediately. It was emotional and jaw-dropping to be inside the hiding place; furthermore, we sat down and had dinner with Anna and Jozeph in an adjacent town. We listened to their stories, asked questions, and learned what it means to simply be a decent human being and care about those whose lives could have been lost. We are the last generation that will know Holocaust survivors personally, and their stories need to be preserved and remembered for generations to come. We must be their witnesses. 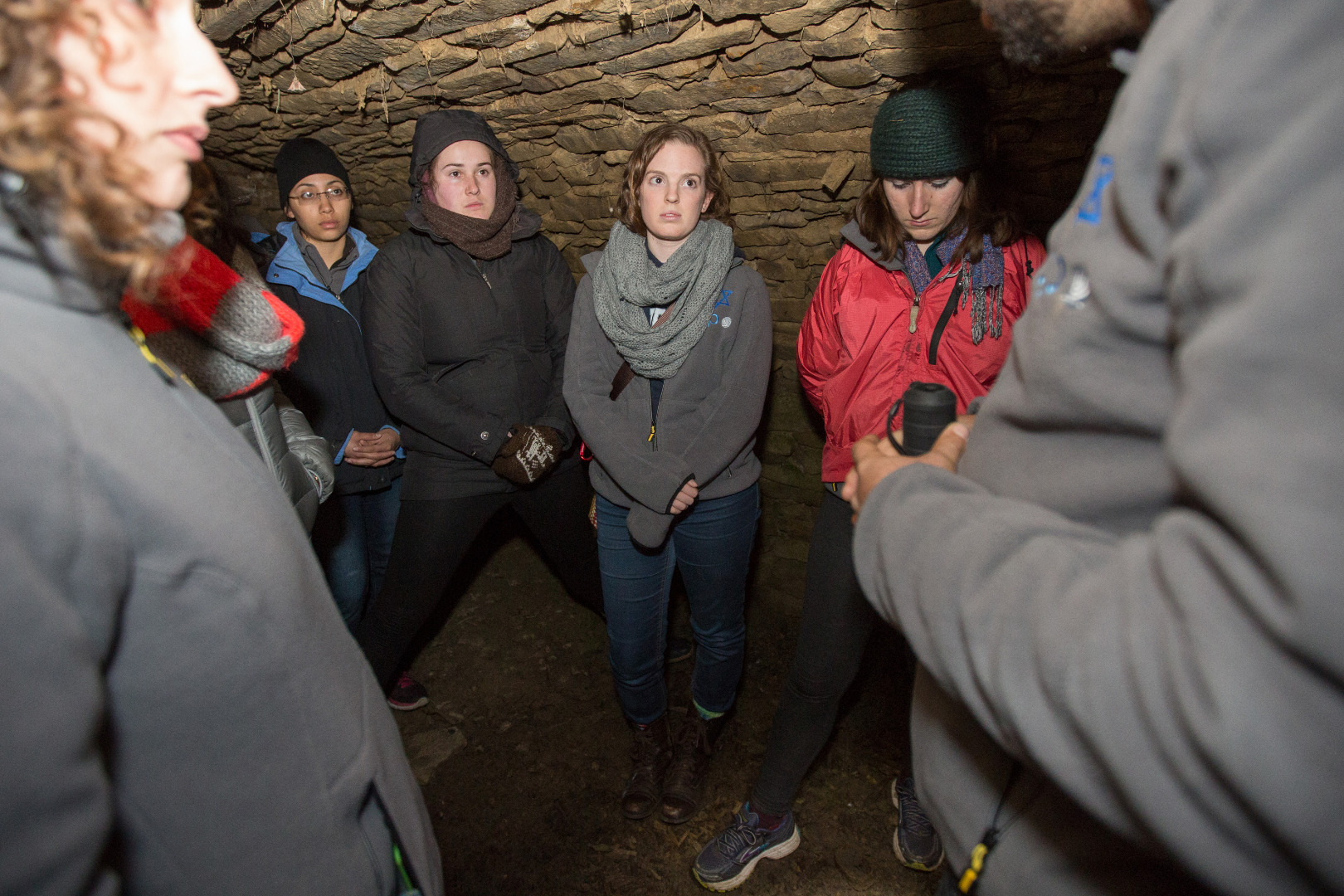 Chelsea (grey scarf, center), stands in the hiding place where Anna and her family hid during the Holocaust. (Photo by Elan Kawesch, Israel Campus Roundtable)

4) Jewish life still exists in Poland and elsewhere in Eastern Europe, and this is fundamental to understanding post-war culture.

While the Nazis successfully wiped out the vast majority of the Jewish population and culture in Eastern Europe as a result of the Holocaust, they did not succeed in fully wiping out the Jewish population as a whole. I enjoyed going to the Jewish Community Center in Krakow; there are a few hundred people, Jewish and non-Jewish, that participate. Most people today focus on the lasting effects of the Holocaust and the absence of a big Jewish community in Europe, especially Poland. It is important to recognize that the Jewish communities across that region have grown in the last 70 years.

5) It is vital to acknowledge that the Holocaust could have happened to anyone.

When we toured Auschwitz-Birkenau, I felt an overwhelming sense of horror at the fact that so many people were not able to simply be themselves and continue their Jewish lives under Nazi rule. My emotions finally hit me when we walked into the Holocaust/Shoah room in Auschwitz, sponsored by the Israeli government, where we heard music and watched videos of European Jewry before the war started. They all looked happy and like they were enjoying life, and suddenly, within months, their lives changed forever. For me, it was empowering to wear my Star of David necklace in and out of the gates of the camps. It symbolizes that Judaism and its legacy, history, and culture live on, despite the Nazis’ attempt to annihilate the Jewish people.

Chelsea (fourth from right), stands with the rest of the CJP group in Birkenau. (Photo by Elan Kawesch, Israel Campus Roundtable)

The mission of our “Together, Restoring Their Names” trip was to preserve the names and memories of Holocaust victims in Poland and understand the aftermath of the Holocaust. I truly believe that we met and exceeded these goals. I am so thankful to have had the opportunity to go to Poland with Combined Jewish Philanthropies’ IACT Initiative and From the Depths. I highly encourage all of us to become more aware of and responsible for what happens in this world, and also to become active members of society to prevent genocide from occurring in the future. As Hillel the Elder wrote: “If I am not for myself, who will be for me? If I am only for myself, what am I? And if not now, when?”