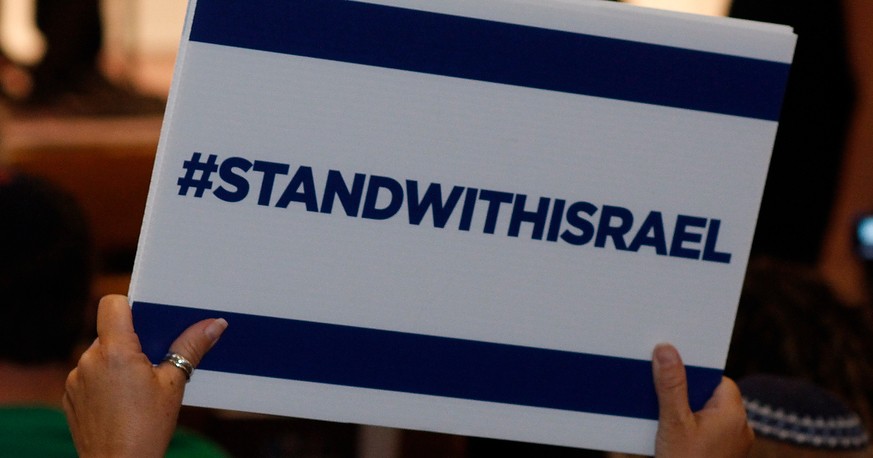 I’m writing to you a few hours after stepping off the plane at Logan. We went to Israel to let them know that they’re not alone. That we support them and care about their anxiety and their pain. That even as the rest of the world is indifferent – or worse – we stand with them.

We went to comfort the families of victims of the latest outburst of random, senseless and brutal violence aimed ultimately at the destruction of the State of Israel.  While this wave of violence has been carried out in part by children, it has been fueled by highly organized and increasingly sophisticated incitement.

It is a wave of violence distorted by media in the United States and elsewhere that can't seem to understand the difference between the death of a perpetrator and the death of a victim. This has been true before, certainly when Israel faced massive missile attacks from Hezbollah and Hamas, but I can’t recall it being quite this blatant or infuriating. It has never been crueler to the victims or provided more encouragement to children bent on slaughter but barely old enough to hold a knife or to understand what they were doing.

This random violence breeds fear that destroys trust, that incubates hatred and that has the potential to turn neighbor against neighbor and destroy the fabric of community and the structure of civil society. The destruction of Israel’s civil society is exactly what those who incite this violence desire. It won’t succeed, but its impact is still devastating.

Each life lost in this senseless conflict diminishes us all. The death of Boston-born Richard Lakin, an educator, a father and grandfather, and a firm believer in the possibility of coexistence and peace, has stunned us.

This is the photo from Richard Lakin’s Facebook page.

We spoke to Karen Lakin late on Shabbat afternoon. Her ex-husband Richard, with whom she has remained close, grew up in Brookline. His family belonged to Temple Emeth and his father, Harry, had been an active Jewish community leader.

Karen and Richard were freedom riders in the 1960s. Richard worked as a school principal in Connecticut for most of his career and made aliyah in the eighties.

Richard was an active member of groups promoting peace between Jews and Arabs and his Facebook page is dedicated to coexistence. He was a healthy, vital 76-year-old when he was viciously attacked by two terrorists on a bus. He was knifed and shot.

As we spoke to Karen, Richard lay in a coma at Hadassah Hospital. Karen couldn't fathom the cruelty of the attack which also left two others on the bus dead, and several others, mostly defenseless elderly people, wounded.

Karen and Richard's son Micah met with UN Secretary General Ban Ki-Moon along with Karen when he visited Israel. He questioned him on the UN's inability to confront terrorism or bother to distinguish between terrorists and victims. When Karen and Richard's granddaughter was interviewed she was asked what her grandfather would have said should be done about this latest round of terrorism. She said that her grandfather would have said that there are many options but that hatred isn't one of them.

At Hadassah Hospital Mt. Scopus we visited with the mom of a 13-year-old boy, a month away from his Bar Mitzvah. He had been stabbed in the neck and was almost dead when the ambulance reached him. Thankfully, with incredible care from the hospital, he was healing well and the family was looking forward to the Bar Mitzvah. In spite of everything, optimism and resilience remain part of the Israeli character and I think the secret of Israel's energy, creativity and ultimate existence.

From Jerusalem, we went to Haifa. It’s an incredible city. CJP’s Boston-Haifa connection has flourished for more than two decades.  We've worked together to strengthen and integrate Ethiopian Jews, create programs for at-risk children and their families, spur economic development, and bring open pluralistic Jewish learning to the schools in this most secular of Israeli cities.

We found life in Haifa relatively normal. While the violence touched nearly every part of the country and produced fear and trauma throughout Israel with parents fearing for the safety of their children, much of the worst violence was concentrated in Jerusalem and the West Bank.   With the exception of a few incidents, Haifa was virtually untouched.

Perhaps that’s because the city represents the possibility – the model – of coexistence for the rest of Israel. Haifa benefitted from a long history of Arab-Jewish cooperation. The Arab community has built a rich civil society with important civic institutions and leaders. There is Arab political leadership at every level of Haifa's municipal government. In Haifa, dialogue and cooperation remain a reality and coexistence is part of the city's culture.

It’s not surprising, then, that when the violence began, posters started appearing throughout the city, first by the tens, then by the scores, then by the hundreds, reading: "Jews and Arabs must not be Enemies." 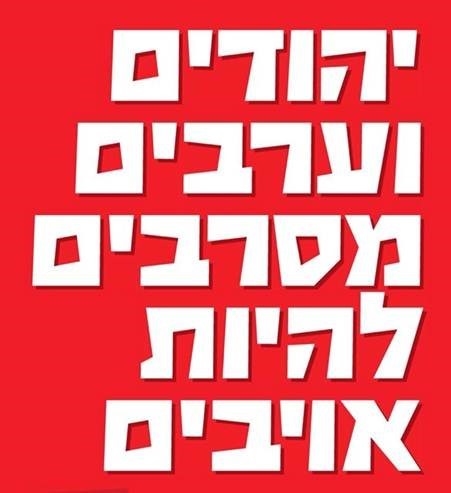 So what did we learn?  Where can we go in the face of horrible violence and incitement?

Israel must be strong and fight against terrorism and all those who seek to destroy it and we must do everything we can to support Israel in that struggle.

But hate is not an option.

The civic ties that bind Jews and Arabs together in Israel must be preserved in every way possible. Our fight against terrorism must never deteriorate into blind hatred. A civil war between Jews and Arabs is what our enemies dream of but it is our worst nightmare.

Israel must be prepared to fight a long and difficult war against terror and against enemies like Hamas and Hezbollah that, with Iranian support, are emerging increasingly powerful and increasingly dangerous and we must make supporting Israel in its fight an ongoing priority.  At the same time resilience, peace and coexistence remain essential to the future of the State and the happiness of its people.  We must be full partners in that struggle as well.

Our enemies want to destroy our communities and the trust that holds them together. We must not give them that victory. The partisanship and vicious language that has come to characterize political discourse in both countries must not be allowed to continue.  As the great Rav Kook (pre-state chief Rabbi of Israel) once said "the Second Temple was destroyed due to causeless hatred (sinat chinum) among Jews...The nation of Israel will only be restored through ahavat chinum, unconditional love."

That was really a great post. Its really good to support for mission humanitarian (http://www.mission-humanitaire-afrique.org/) cause helping the ones in need of it. Whenever I get some time free from all the work and things, I often visit a nearby orphanage and donate all my old books and clothes not in use to them. I am also planning to support such causes and join some organization.

That was really a great post. Its really good to support for mission humanitarian (http://www.mission-humanitaire-afrique.org/) cause helping the ones in need of it. Whenever I get some time free from all the work and things, I often visit a nearby orphanage and donate all my old books and clothes not in use to them. I am also planning to support such causes and join some organization.

There are various organization who help people to organise the solidarity trip willing to help the suffering people from all over the world. One such organization I came to know through internet is Mission humanitarian http://www.mission-humanitaire-afrique.org/tourisme-solidaire-voyage-humanitaire/, who not only organise the solidarity trip for people but also try to help poor and needy people to improve their situation and health to make their life better.