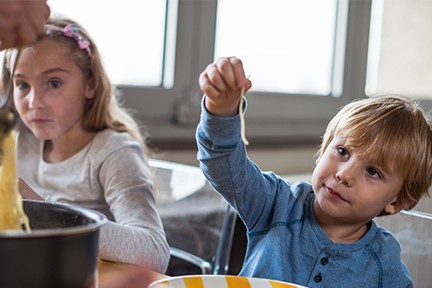 Throughout the 21st century, as wages have stalled and housing costs have soared, it has become increasingly difficult for Americans to afford shelter. This imbalance has led to a spike in evictions: According to sociologist Matthew Desmond, who won a Pulitzer Prize for his book Evicted: Poverty and Profit in the American City, 2.3 million evictions were filed in the United States in 2016 — that’s one every 15 seconds.

CJP’s anti-poverty work within the Jewish community continues to demonstrate the need for housing — 40% of people who call CJP’s anti-poverty network say that housing is their most critical issue. Boston is in a housing crisis; in order to address the critical need within the Jewish community, CJP is focusing on housing in the broader community. Research shows that the most effective and economically efficient way to address homelessness is to prevent it in the first place. We're working with our Greater Boston neighbors who share similar values, helping to repair the world by addressing the root causes of homelessness before families are in crisis.

One of our partners dedicated to ending homelessness is HomeStart, a nonprofit that developed the Renew Collaborative to fight the eviction epidemic.

In total, HomeStart has prevented more than 2,000 evictions in Greater Boston via the Renew Collaborative. And thanks to the comprehensive scope of this undertaking — which includes case management, advocacy work, financial assistance, and stabilization efforts — in the four years after intervention, only 5% of HomeStart clients have been evicted for nonpayment of rent.

Beyond that success rate, what makes this model unique is how it benefits all of the stakeholders. Tenants keep a roof over their heads; property owners, housing authorities, and local service providers avoid costly eviction expenses. Additionally, by reducing the need for emergency shelter, HomeStart saves taxpayers hundreds of thousands of dollars each year.

Because the Renew Collaborative has proven to be economically sustainable, HomeStart President Matthew Pritchard believes it can be scaled for statewide, and eventually nationwide, replication.

This fall, CJP, along with Bank of America and United Way, has taken a major step toward making this vision a reality. Together, they formed a first-in-the-nation partnership with HomeStart by donating a combined $175,000 to the nonprofit. Thanks to this contribution, HomeStart will bring the Renew Collaborative to the South Shore.

According to Pritchard, this expansion is the first step in creating a “hub and spoke” model of scaling throughout Massachusetts. HomeStart will use the six-figure investment to equip its partners with the tools needed to deliver its vital services beyond Greater Boston — and, in the process, demonstrate how the Renew Collaborative can function across a variety of demographics and regions.

“This program could effectively eliminate family homelessness by eviction for both the country’s working poor and families with subsidies,” Desmond said. “It is novel, efficient, and, most of all, it works.”

Ultimately, CJP’s decision to invest in HomeStart was driven by community feedback.

“Over and over again — I can’t even tell you the number of times — people said, ‘I have to tell you when I felt most Jewish.’ And it wasn't when they were in a Jewish institution, but rather [when they were making an impact] in the broader community,” said Sarah Abramson, CJP’s Vice President of Caring, Community Impact, and Strategic Partnership. “This was vocalized by the community so loud and clear that it became one of the core tenets of CJP's Strategic Plan.”

To help implement the Strategic Plan, CJP created a new position and hired Amanda Hadad as Director of Tzedek (Social Justice). In the last year, she has worked on urgent social justice issues with a primary focus on immigration and on homelessness prevention.

When it comes to CJP’s Tzedek (Social Justice) initative, Abramson sees two opportunities: to demonstrate Jewish values in the broader society, and to look at systemic issues that affect people of all backgrounds — including those in the Jewish community.

“CJP has always prioritized working with our community and beyond so that all people can thrive, and no one in any community can do that without safe, stable, and dignified housing. HomeStart’s groundbreaking eviction-prevention model is leading the way on keeping families in their homes and preventing the devastating effects of eviction. Our core Jewish values include a deep commitment to justice in our larger world, and we are proud to partner with other major foundations to support this tremendous work being done throughout the city of Boston,” said Rabbi Marc Baker, President and CEO of CJP.

"And we know that within our own Jewish organizations, we didn't have every talent and every strength necessary in order to make a difference for those people [in terms of housing]. We are so proud to be working with United Way and Bank of America to support this incredible organization right here in Boston: HomeStart," said Abramson.

If you would like to learn more about preventing homelessness, join us for one or all of these special opportunities:

To RSVP for the discussion, the Winter Walk (or both), and to receive your copy of Evicted, please email Amanda at amandah@cjp.org.