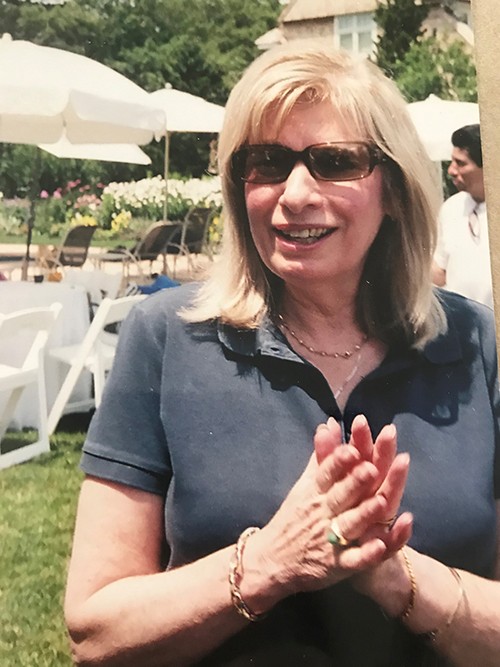 In the distant days of 10 months ago, before downtown headquarters became home offices and conference room meetings morphed into Zoom squares, those arriving at the Kraft Family Building on High Street would almost always find its longest-tenured employee already hard at work.

That’s because it was nearly impossible to beat Marcella “Cookie” Magerer to the office, where she worked on the top floor. Around the time coffee shop employees served their first chai latte, there was Cookie, fielding endless phone calls, writing letters, and juggling the impossible calendars of CJP leadership to accommodate the barrage of meeting requests.

Cookie has been at the center of CJP’s work, engaging with donors, asking after their children and grandchildren, and quietly serving as the backbone of a large nonprofit for a half century. And she has no plans to retire.

As Neil Wallack, a past CJP board chair described it, “Cookie’s office was an interior one, without any windows, but it was the brightest one in the building.”

That small office was also crammed with photos of her own family – her son, Michael, her grandchildren, Scott and Rachel, and her great-grandchild, Keegan, the son of Melissa Magerer, who had a CJP career of her own in the organization’s Marketing Department. 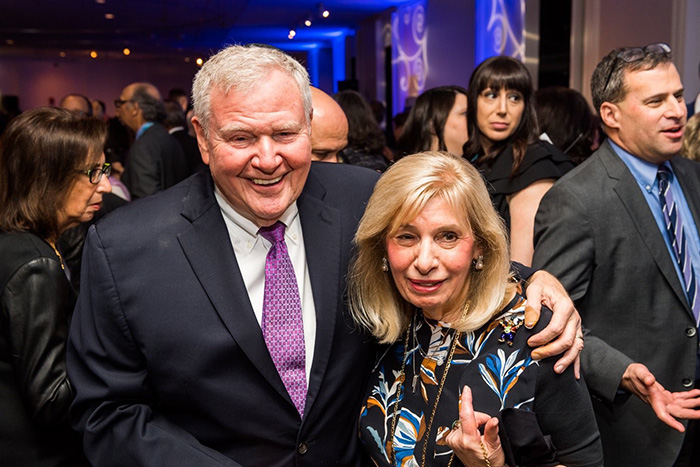 Equal parts executive assistant, scheduler, and ambassador, Cookie is a skillful multi-tasker. Warm – and determined when she needs to be – Cookie is universally admired. She is splitting time now, still working with Barry as his assistant at Brandeis University and at CJP, as a fundraiser.

At a virtual celebration of Cookie’s golden anniversary, Baker noted that in a time when one out of two workers holds their current job for under five years, Cookie’s achievement is “historic.”

“This is about celebrating Cookie, and it is about bearing witness to what it means to dedicate 50 years of your life to something.” Baker said. “Across multiple generations, there is almost no one in this organization or community who does not have a personal Cookie story or who does not feel a personal connection to her. Cookie is the embodiment of service, loyalty, and continuity that we rarely get to see in our fast-moving world.”

While Cookie’s career spans five decades – and continues – more than 30 years was spent as Barry Shrage’s executive assistant. That meant she was the first voice thousands of people heard when calling CJP’s long-time president.

“The secret is, I’ve never been running this organization,” Shrage said. “It’s always been Cookie.”

Shrage described how Cookie’s impressive memory included recalling not only the names of scores of donors and their assistants, but their children, grandchildren, spouses, and co-workers. He also estimated that while he had 30,000 meetings during his tenure at CJP, it was Cookie who made sure that “my follow-up letters – and favorite book of the moment – went out to everyone I met with.”

“This job is about connection. It’s not any one great idea that drives organizations. It’s great people. And the love that Cookie has, the caring that Cookie has, she makes this happen,” Shrage said.

Cookie, who isn’t understated in her command of her job, does not exactly seek the spotlight for her accomplishment. Yet she was willing to let CJP’s staff, lay leaders, and community partners celebrate her golden anniversary.

“I love my job. Whatever it is, I love it. I love all the people I have worked for before, and now,” Cookie said. “I’m grateful. I’m just grateful to have this experience in my life.”