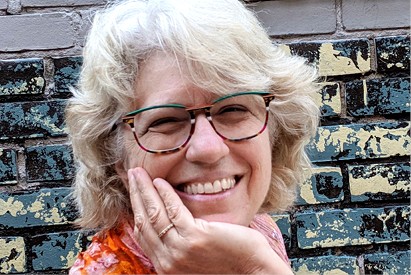 More than two years into the global pandemic, many of us are grappling with feelings of frustration, loss, grief, fatigue, and uncertainty. Our individual and collective reservoirs of resiliency are running low — and mental health is barreling to the forefront of our national consciousness, conversation, and attention.

Many of the statistics are downright startling: The demand for therapists exceeds the supply. As of Monday, March 7, 2022, there were 652 “psychiatric boarders" (including 200 children) in emergency departments or medical/surgical units in Massachusetts hospitals because an inpatient psych bed wasn’t available. A January 2021 study found that 13% of Americans were experiencing post-traumatic stress disorder (PTSD) related to the coronavirus pandemic. Emergency room visits for suicide attempts rose 51% for adolescent girls in early 2021 as compared to the same period in 2019.

Catharyn Gildesgame, MBA, has had a relatively unique vantage point of witnessing the intensity and breadth of the need from her position as Senior Vice President of Strategy at McLean Hospital and as a longtime volunteer, committee member, and member of the Board of Directors at Combined Jewish Philanthropies (CJP).

“What we’re seeing at the hospital for the general population – and within the Greater Boston Jewish community – is a very urgent need for services and not nearly enough access and affordability,” Catharyn says. “Before the pandemic, 1 in 5 adults experienced mental illness every year. The needs and challenges have exacerbated in the last two-plus years.”

“Mental health doesn’t behave like the coronavirus,” she continues. “It’s not going to look like the wave of Omicron that peaks and then plummets – it will take people a long time to process, make meaning, and heal from how each of us experience the pandemic. In addition, some people came into the pandemic more vulnerable than others. It will take months – if not years – for all of us to recover.”

“Before the beginning of COVID-19, one of the things that we noticed through CJP’s Anti-Poverty Initiative was that oftentimes, what moved a family from hanging in there financially to being at-risk or vulnerable was mental health challenges,” Catharyn says. “CJP was already considering the complicated ecosystem of how care is provided and how they could harness their resources, partners, and skills to address this.”

Recognizing the immense need, CJP convened leaders from partner organizations across the community and key stakeholders – including McLean Hospital – to address the issue of mental health. Through these partnerships, Mental Health Access powered by CJP was created to improve access to mental health services, raise awareness, and destigmatize these issues for the Jewish community.

Mental Health Access powered by CJP’s expanded offerings include suicide bereavement groups, referral services, a therapist finder, and resources and opportunities for teens and young adults – all offered at no-cost to members of the Greater Boston Jewish community.

Catharyn helped forge the connection between McLean, CJP, and Jewish Family & Children’s Service (JF&CS) to facilitate the creation of one of its first programs, Path to Well-being, in February of 2021. This program offers 6-8 weeks of self-paced Cognitive Behavioral Therapy. Designed for people with mild to moderate anxiety and/or depression, Path to Well-being includes weekly check-ins with highly trained coaches. The results show that this no-cost, virtual option is nearly as effective as in-person therapy.

“As I watched the partnership between McLean, CJP, and JF&CS evolve,” Catharyn reflects, “what struck me was that there was great alignment about vision and impact and then there was the proverbial ‘devil in the details.’  What really impressed me was the shared collaborative problem solving, the framing that we’re all in this together. These partnerships are enabling us to recognize needs and come up with innovative ways to be part of the solution.”

In Frank Bruni’s powerful personal essay in The New York Times, “One Day I Couldn’t See Right. My Life Hasn’t Been the Same Since,” he writes about the small stroke that forever altered his vision and helped him become acutely aware that there’s “almost always a discrepancy between how people appear to us and what they’re actually experiencing; between their public gloss and private mess.” He uses this insight into his personal struggle to reflect on the suicide of an award-winning economist he interviewed years earlier – a warm, empathetic, and kind human being who put Bruni – the one asking the questions – at ease during their time together. No one saw his suicide coming. No one saw his suffering.

Catharyn experienced a similar revelation when her work moved her from Massachusetts General Hospital and Partners Healthcare to McLean.

“I’d been involved with the Jewish community for a long time,” she says. “I thought I knew people as colleagues, neighbors, and friends with whom I did volunteer work.  Only when I had a role at McLean did people begin sharing about mental health challenges – their own and those of their family members. I would think – I've had conversations with you for years and you’ve never mentioned this to me. When I moved to McLean, it was like a sign that it was safe to open up – but I was the same person before and after I switched jobs. I think there has been great hesitancy to talk about mental health challenges in the Jewish community.”

According to Catharyn, some of the most important work we can do as a community can be as simple as speaking up, sharing our stories, and normalizing conversations about mental health struggles. “I think we can learn from young adults who tend to be better at acknowledging mental health challenges in non-stigmatizing ways,” she says.

A 2019 survey by the American Psychological Association found that although 87% of American adults believed that mental illness was “nothing to be ashamed of,” 33% of respondents agreed with the statement: “people with mental health disorders scare me” and 39% claimed that “they would view someone differently if they knew that person had a mental health disorder.”

A core goal in CJP’s efforts in the mental health space is focused specifically on eradicating stigma. Programs like the Jewish Teen Initiative’s Peer Leadership Fellows train and empower teens to help remove the stigmas around mental health. The recent Bold Conversations event with Dear Evan Hansen co-creator Benj Pasek served as an opportunity to bring the discussion surrounding mental health to the broader community.

“I think that we’re slowly evolving,” Catharyn says. “Others who have been working in this space for a long time reflect that mental illness needs to become a ‘casserole disease.’ If you hear someone is going through chemo, everyone lines up to be supportive – dropping off food, pitching in with carpools or childcare, walking a dog. People with families in mental health crises need the compassion, outreach, and ‘casseroles’ as much as anyone else.”

“It’s not some ‘other’ who’s struggling with mental health,” she continues. “It’s us, it’s our family and our neighbors, it’s the people we sit around board and committee meetings with, it’s the people in our schools. If we would truly be aware of the life experiences of others, we would be blown away by their pain and challenges, as well as their courage and strength to recover. When someone says they haven’t been touched by mental illness – it just means probably not yet.”