CJP, JCRC and Boston’s Jewish community were horrified to learn of a series of attacks against Israelis and Americans yesterday.

In a single day of violence, 15 people were attacked by Palestinian terrorists. This brings the number of casualties to well over 200 Israelis as well as Americans, Russians and others since September; 34 have died.

Yesterday's attacks were in three locations in Israel — in Jerusalem, where a Palestinian attacker shot two border policemen; in Petah Tikvah, where an Israeli was stabbed but managed to remove the knife and fight off his attacker; and in Tel Aviv/Jaffa, where a Palestinian man went on a rampage that killed one and wounded 12 others. 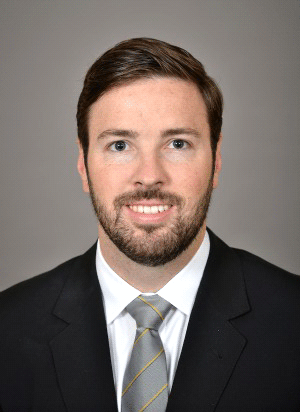 Taylor Force, a 29-year-old American citizen, graduate student at Vanderbilt University and U.S. Army veteran, died from his wounds. His wife was severely injured in the attack. Fifteen others were hurt in the series of attacks, some seriously. The victims, as has been the pattern for nearly six months, were chosen seemingly at random — a pregnant woman, young people walking along Tel Aviv’s beachfront promenade, a man on a suburban sidewalk.

The spasm of terrorist violence occurred on a day when Vice President Biden arrived in Israel to reiterate the U.S. commitment to Israel’s security. The Vice President was a little over a mile away from the scene of the attacks, meeting with former Israeli President Shimon Peres, a crusader for peace. The Vice President condemned, in the strongest possible terms, the brutal attacks and added “the United States of America … condemns the failure to condemn these acts.”

We share his affirmation. As Israel's Ambassador to the UN Danny Danon noted, the Security Council had not condemned Palestinian terror "even once," despite an average of more than two terror incidents a day in the past six months. Attacking people on the street, stabbing a pregnant woman with a knife, shooting random Israelis in uniform, is not a “natural reaction” to disagreement. They are acts of barbarism that violate the very essence of humanity.

We call for an immediate end to Palestinian terror and incitement, particularly on social media, which has inspired so much hatred and bloodshed. As we pray for peace and a two state solution, we remind the world that Hamas’ terrorist leaders continue to encourage, even reward murderous acts, and the Palestinian Authority continues to ignore, and even, at times support violent incitement in the media, schools and websites.

Peace will only come when Palestinians recognize Israel's right to exist and teach it to their children and when Israelis — the vast majority of whom yearn for peace and a resolution to this conflict — and Palestinians commit themselves to a negotiated and enduring agreement.

As we pray for the injured and mourn Taylor Force, we also stand with the Israeli people who want peace, even as they confront this wave of violence and terror with courage and fortitude. We reaffirm our support of their desire for peace and a lasting resolution that leads to two states for two peoples, with safety, security and prosperity.

Take Action
Find out more about Palestinian incitement and what you can do to take a stand for Israel.