It is with deep sadness we write to inform you about the loss of Steve Ross (z”l), who passed away last night. 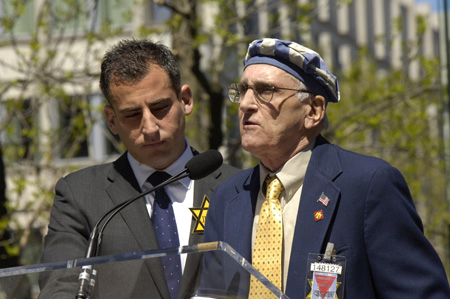 Steve Ross with his son at the NEHM

Steve’s enduring strength, humanity, and commitment to conveying the lessons of his experience in the Holocaust to all who would hear him were a gift we will cherish always. His legacy will live on through the New England Holocaust Memorial and through the lives of all he touched. May his memory be for a blessing. The funeral will be held tomorrow, Wednesday, February 26th, at 1:00 p.m. at Temple Emeth in Brookline.

Rick Mann, longtime chair of the Yom HaShoah Program and the New England Holocaust Memorial Committee, wrote a beautiful tribute for Steve.
“It is with profound sadness that I write to inform you of the loss of our beloved Steve Ross.

"Were it not for Steve, there were would be no New England Holocaust Memorial, pure and simple. 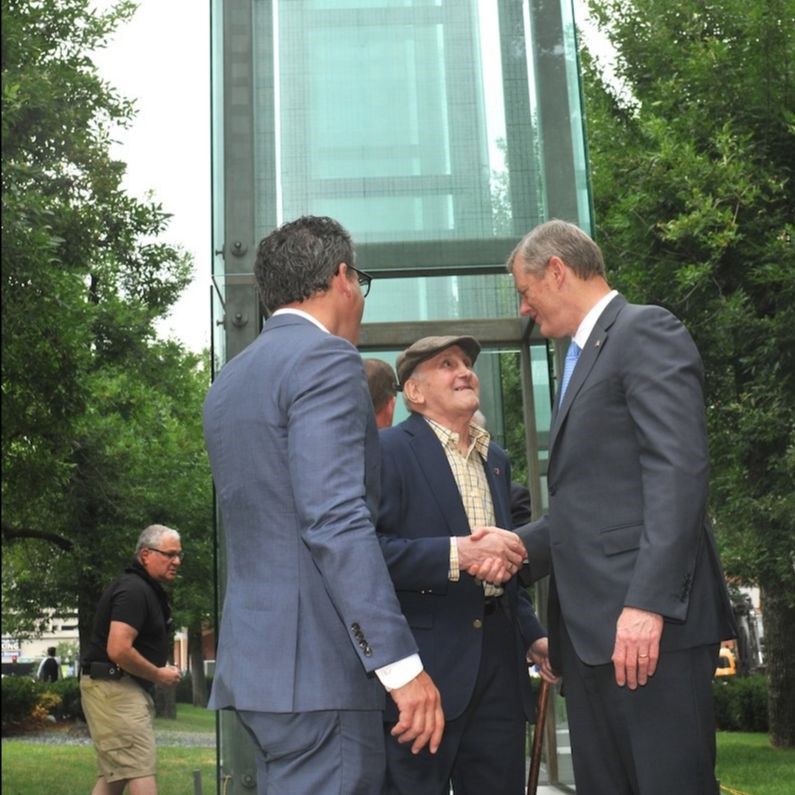 "The Memorial was Steve’s dream. His indelible, permanent message not just to New England, but to the world. It was his intent to create a sacred place of remembrance for the six million souls murdered by the Nazis, including his parents, brother, and five sisters. A place to stand as a beacon of light in the darkness of the horror that was the Holocaust. A place for reflection and for learning.

"He pursued his dream with a limitless passion that turned skeptics into believers and converted both secular and religious community leaders into staunch advocates.

"Among those advocates was then Boston Mayor Ray Flynn who, with Steve at his side, saw to it that the Memorial would reside in one of Boston’s most visible locations, along the Freedom Trail across from Boston City Hall.

"It is here that hundreds if not thousands pass every day through its six gleaming towers and, whether they know it or not, bear witness to the unfathomable perseverance of one man and his dream… Steve Ross.

"But what else would you expect from a man who, as an eight-year-old boy imprisoned by the Nazis, endured five years of horror in 10 different concentration camps, and survived to build a life of meaning, love, and caring for others in his adopted country.

"The world is diminished today with the loss of Steve Ross. But Steve’s memory and his legacy live on in his wonderful son and daughter and grandchild and in the Memorial that will serve as an everlasting symbol of remembrance for generations to come.

"On a personal level, I will always cherish my years of friendship with this most unique human being. A survivor who built a life from the ashes of the Shoah, coming to this country with nothing, learning a new language, becoming a professional, and devoting his career to helping at-risk youth.

May his memory be a blessing,