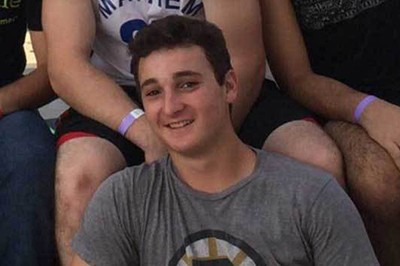 It is with great personal sadness that we join with the entire Greater Boston community to mourn the loss of Ezra Schwartz, who was viciously murdered today by a Palestinian terrorist.

Ezra Schwartz was an 18 year old from Sharon who graduated from Maimonides this past spring and was spending a gap year studying at Yeshivat Ashreinu in Beit Shemesh. At the time of the shooting attack, news reports say Ezra was with a group,delivering food to soldier serving in the area.

His four siblings, father Ari, and mother Ruth are going through every family’s worst nightmare. Ezra’s family, including his siblings Mollie, Hillel, Elon and Avi, are wonderful people and very close to many of our staff. They are well loved throughout the community, as was Ezra, especially at the Maimonides Day School where all five children either attended or are currently enrolled, at their synagogue, Young Israel of Sharon, and through their Camp Yavneh community.

The human cost of this terrible wave of Palestinian violence continues to grow. Just today, five Israelis were killed by Palestinian terrorists, including in an attack on a synagogue in Tel Aviv. Ezra was still a teen. He possessed a bright, warm smile. On his Facebook page, he is never photographed alone, always smiling with friends or with his beloved sisters and brothers. He had such a bright, beautiful future ahead of him. That future was erased by an act of senseless, seething hate.

As we mourn the loss of Ezra and all of the victims of terror, we pray for an end to this madness that seems to have consumed the entire world. Ezra wanted nothing more than to help feed another person, to study Torah and his faith and to live a life in peace. That opportunity was stolen from him and from us.

We pray that the Schwartz family finds comfort at this time of such great pain.