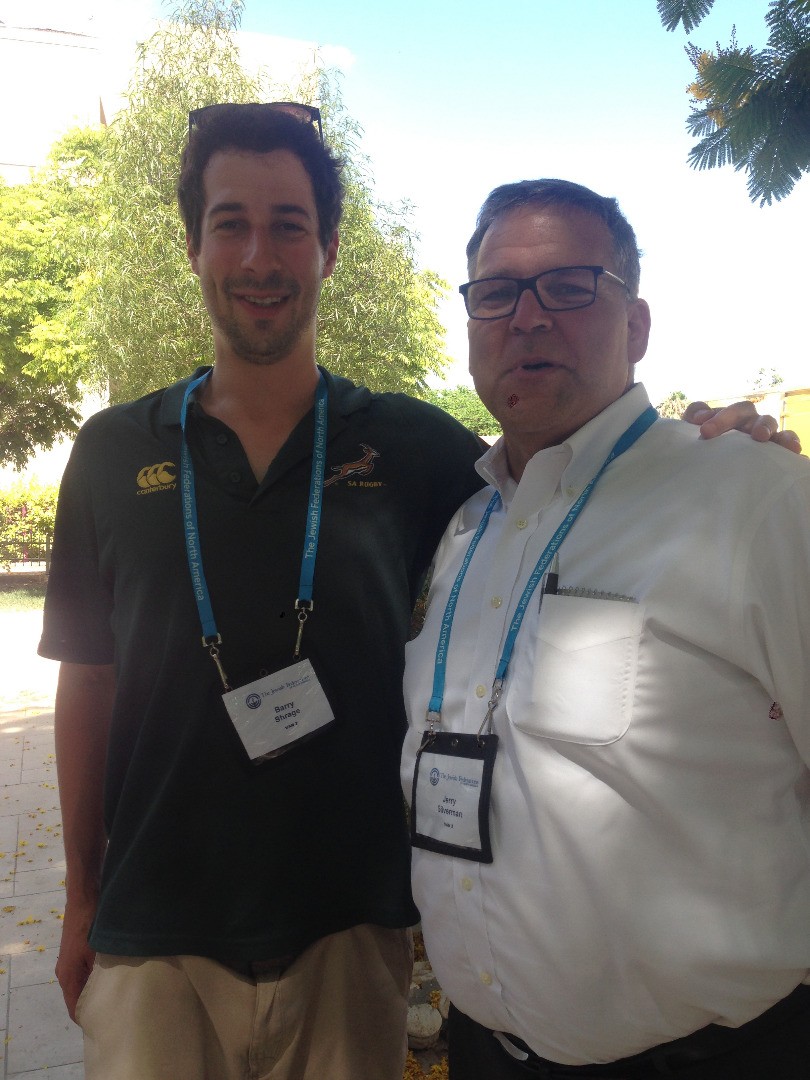 We interviewed David Micley, a development officer at CJP, on August 4 via Skype. David was in Jerusalem as a participant in the Core18 program, which brings together young Jews from America and Israel to learn about Judaism and entrepreneurship. He arrived on June 20 and returned to Boston on August 10. We started by asking him about the current climate in Israel.

Given the situation on the ground, did you ever think about coming home early?

Definitely not. I did not think about coming home early for a second. If anything, I thought about staying longer. I’ve never felt worried for my safety. And actually, while war is terrible, I really wouldn’t rather be any place besides [Israel] while it’s going on. Here I feel a sense of community and see firsthand the way people from all political spectrums and religious backgrounds come together around tough times.

What’s the dynamic among your diverse group of friends of Israelis, Palestinians, and Arabs?

The fellowship is actually all Jews, so I don’t know any non-Jews through the fellowship. But I’ve been in touch with Palestinians. I went to a break-fast a few weeks ago for Iftar and Shiv'ah Asar b'Tammuz a Jewish fast day, and there were Palestinians there. People in the West Bank, at least the ones I interacted with, they want to cooperate, they want to work with Israel, and they want to build up their own economy and independence. They’re not happy with everything Israel does, but they still want to at least work with Israel for agreement. And I think that everyone is sad about the war; everyone is sad about the loss of life. But I haven’t met any one person who is a real sympathizer with Hamas, their tactics, or approach.

How are the U.S. media and international media playing in Israel?

I think there’s a huge schism between Israeli media and international and U.S. media. The international media just doesn’t understand what kind of threat Israel is under, and doesn’t appreciate how much of an effort Israel makes to avoid civilian casualties at the risk of loss of their own soldiers’ lives. Israeli soldiers are dying, and they don’t have to be. They could find a way to do what they need to do with less risk to themselves, and that might even be more effective militarily. I think the international media generally is very much about rhetoric and big picture, and looking at this number versus that number, while in the Israeli media, they talk about real specifics. Soldiers will speak of what’s going on on the ground, in terms of what precautions the army is taking, the threats that they’re experiencing when they go in to Gaza. I get the sense that the international media just kind of takes a step back rather than look at the specifics, and for me, the specifics outline a much clearer picture of what’s really going on. 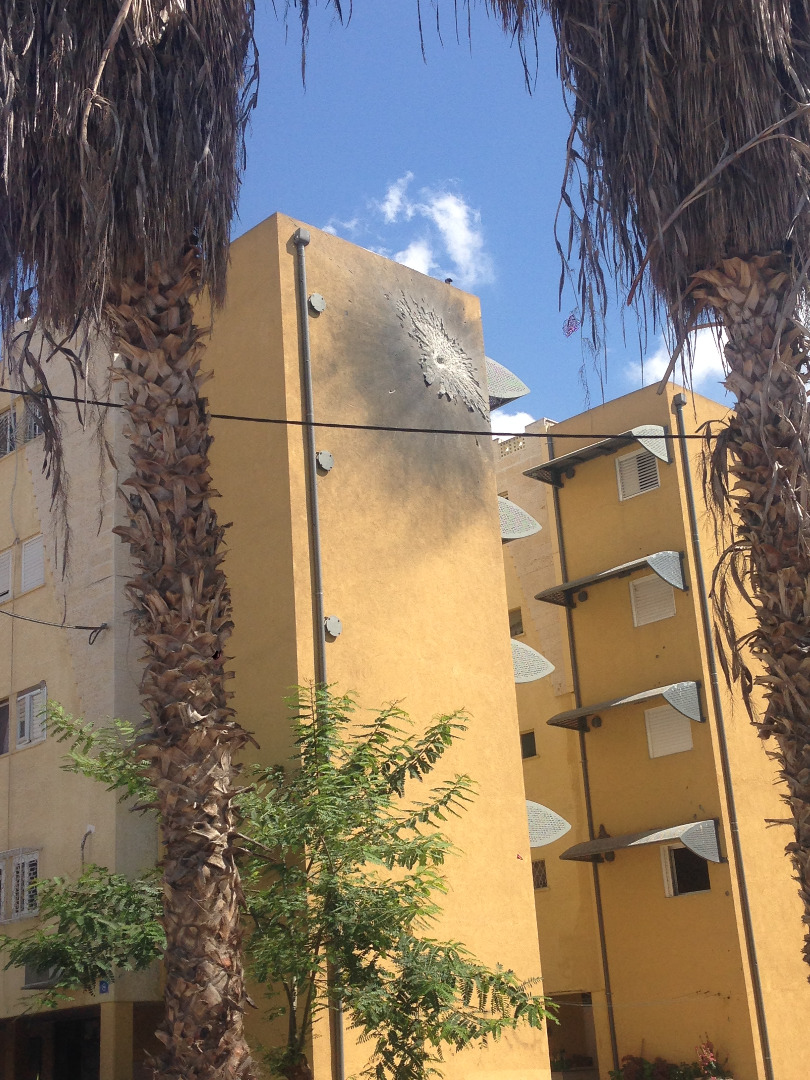 Over here, we’ve heard a lot about the rockets. But something we’re just starting to learn about is the tunnel system. What have you heard?

The tunnel system is completely terrifying. I don’t know if you’ve heard, but there was a planned attack to happen this Rosh Hashanah, a month from now, for Hamas fighters to go through a bunch of the tunnels and seize entire villages and neighborhoods and hold them captive, and kill people one by one, and terrorize them during the holiest of holidays for the Jews. That plan was thwarted because we fortunately got to these tunnels in time.

What are the general feelings of the locals about living in Israel right now?

The general feeling is that life moves on. There is a sense that people are looking out for each other a bit more. But daily life does get interrupted. We had Danny Gordis speaking to our group, and a siren went off in the middle of the session, so we rushed into the bomb shelter. Without even missing a beat, he just continued his talk right from where he left off. So, it’s interesting in how life goes on, and it should go on. I think what’s really been the sad side of it all is that you can definitely see how the restaurants are emptier than usual; the bars are emptier than usual. The usual boom that Israel gets from summer tourism is just not here this year. And it’s just sad to see the streets that are usually bustling are quite empty.

There are a lot of pro-Israel rallies and social media efforts happening in the states. Are these efforts reaching people in Israel?

Yeah, definitely. And it’s great to see what’s going on in Boston. It’s encouraging because you see all the people coming together and how CJP is able to rally the Jewish and the non-Jewish community, and get guys like John Fish of Suffolk Construction to get up there and talk about why Israel is so important. That really is a testament to the years of work of engaging these leaders and showing them what Israel is really about. I think people in Israel really do appreciate the support. It means a lot. I joined the JFNA solidarity mission for a day, and just to see how much the people in Sderot appreciated a visit from these lay leaders and people that used their vacations to visit bomb shelters. They were so grateful for us to show up and hear their stories, and know that we care about them from across the ocean. I think it makes it so much easier for them to get through these tough times.

If I was a young adult who had previously planned a Birthright trip, would you still encourage me to go?

110 percent! I think you should go even more so than the usual time because you’ll be experiencing something that you ordinarily wouldn’t. You’ll see the country come together in a very special way. And even the conversations you have in the bomb shelters are really unique.

I have a friend that is volunteering at the Peres Center for Peace, and he was alone in a bomb shelter with a Muslim woman, just him and a Muslim woman hiding from rockets from Hamas. They had a nice conversation and connected in that moment. So, I think that people who are here now are experiencing a deeper connection to Israel than they would otherwise. You definitely will be safe, and you’ll still be able to have an incredible experience.

Do you think that life is different closer to the Gaza strip in Israel than it is in Jerusalem?

No question. Life is affected a little bit here, more so in Tel Aviv. But if you live closer to the Gaza Strip, 15 seconds is really a short amount of time—that’s how much time you have to get into a shelter in Sderot. Their everyday lives, including their playgrounds, have been moved into bomb shelters. And people that have been affected are traumatized. On the solidarity mission we met one woman who was in her shelter when her house got hit by a rocket. There was some destruction to her house, and the Jewish agency immediately came through to give her the funds to repair her house. But what they couldn’t repair is the trauma that she is still going through. 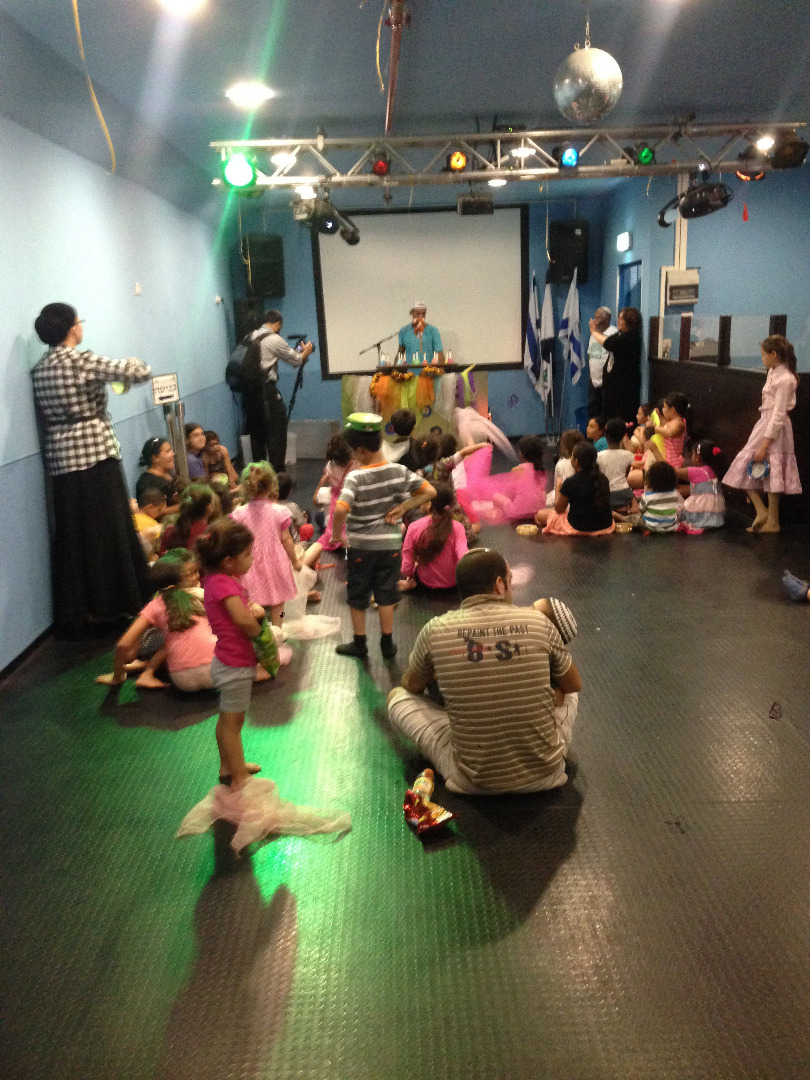 A bomb shelter in Israel

It’s amazing to see the outpouring of support for the people who live near Gaza, in terms of sending food and raising money, and going there to be with those affected. Everyone is rallying around the soldiers, and everyone is rallying around the [Israeli] communities around Gaza, and that’s another reason why I encourage people to visit Israel now to experience a country coming together in solidarity and support of one another.

What’s your hope for how all of this ends?

My hope is that Hamas really takes a huge beating and won’t be able to come back sometime in the future with more rockets, tunnels or some new secret weapon that we’re not even thinking about now. And I hope the Palestinian people in Gaza see that Hamas is not a party they should support and that they should seek to work with partners that will build their communities rather than build rockets to destroy us. I hope no more Israelis and no more Palestinians will die – and I blame Hamas for the deaths on both sides. I also hope the world understands that they should support Israel because it is a liberal democracy that’s in a hostile neighborhood and we need the world, and the world needs us too. I hope that understanding is clear to all.

The world needs Israel because the threat of radical Islam is real and scary, and Hamas isn’t even the most dangerous party in the Gaza strip right now – there’s Islamic Jihad. And Israel is showing an incredible way to fight an evil enemy with restraint, with respect for civilian life in a way no other army in the world does. And Israel also offers all these people in the Middle East an opportunity to be progressive, to adopt liberal values, to make money, to build a capitalist society where people can make a living and have dreams and pursue them.

What are your final thoughts on this experience?

One of the most amazing things I've witnessed in terms of the country coming together is the outpour of love and support toward soldiers that have been wounded in Gaza. Last week a group of us went to a local hospital to visit some of these soldiers, and when we got to their rooms, we had to wait over 30 minutes to see them because there were so many other people that came to visit as well. Entire families of strangers came to visit these soldiers, bringing so many gifts, that they overflowed outside of the room. One soldier had a jersey hanging in his hospital room of a local soccer team signed by all the players. At a certain point, they literally had to turn us away to give the soldiers a rest, because otherwise they would be seeing visitors non-stop all day. So what happened next was really moving. Because we had more gifts than the injured soldiers could take in, some members of our group visited random hospital rooms, spoke with sick patients, and brought them gift bags as a surprise. The whole experience made a hospital of strangers feel like a family reunion.