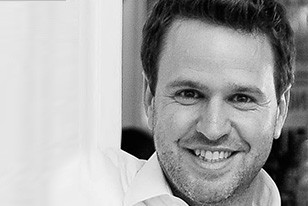 Last year, CJP recruited 40 volunteers across four different working groups to help strategize how to best convene partners and mobilize our community in the fight against antisemitism and anti-Zionism, while greatly enhancing our Communal Security Initiative and feelings of safety. These groups issued 16 recommendations that CJP has incorporated into its broader agenda.

Below are three highlights from the recommendations and a preview of what’s ahead this year:

CJP’s work in this area will be led by Noam Ben-Tov, CJP’s new Associate Vice President for Israel and Global Jewry.

Noam, a native of Herzliya, Israel, was a Sergeant First Class, Artillery Brigade, in the Israel Defense Fund. Since then, Noam has devoted his career here in the United States to creating connections between Israelis and Americans, focusing on engaging the next generation primarily through Hillel campus programming. Most recently, he was Executive Director of the Johns Hopkins Hillel, where he worked closely with students on building strong Jewish identities and relationships with Israel, as well as focusing on efforts to combat antisemitism and anti-Zionism on campus.

Prior to his time at Johns Hopkins, Noam was the Executive Director of the Towson University Hillel, the Assistant Director of the Israel Fellows program at Hillel International in Washington, D.C., and has worked for several summer camps and Jewish federations. Noam received a B.A. in Political Science and History from Tel Aviv University and an M.A. in Leadership in Jewish Education and Communal Service from Towson University.

CJP welcomes Noam and his family into our community and we look forward to his leadership in this important work.