In the wake of the Holocaust, many pledged to “never forget.” Since the genocides committed in Syria, Rwanda, and Bosnia, many people — especially those in the Jewish community — are understanding that remembering must be more than a promise: it must be an action that builds connections between the past, the present, and the future. 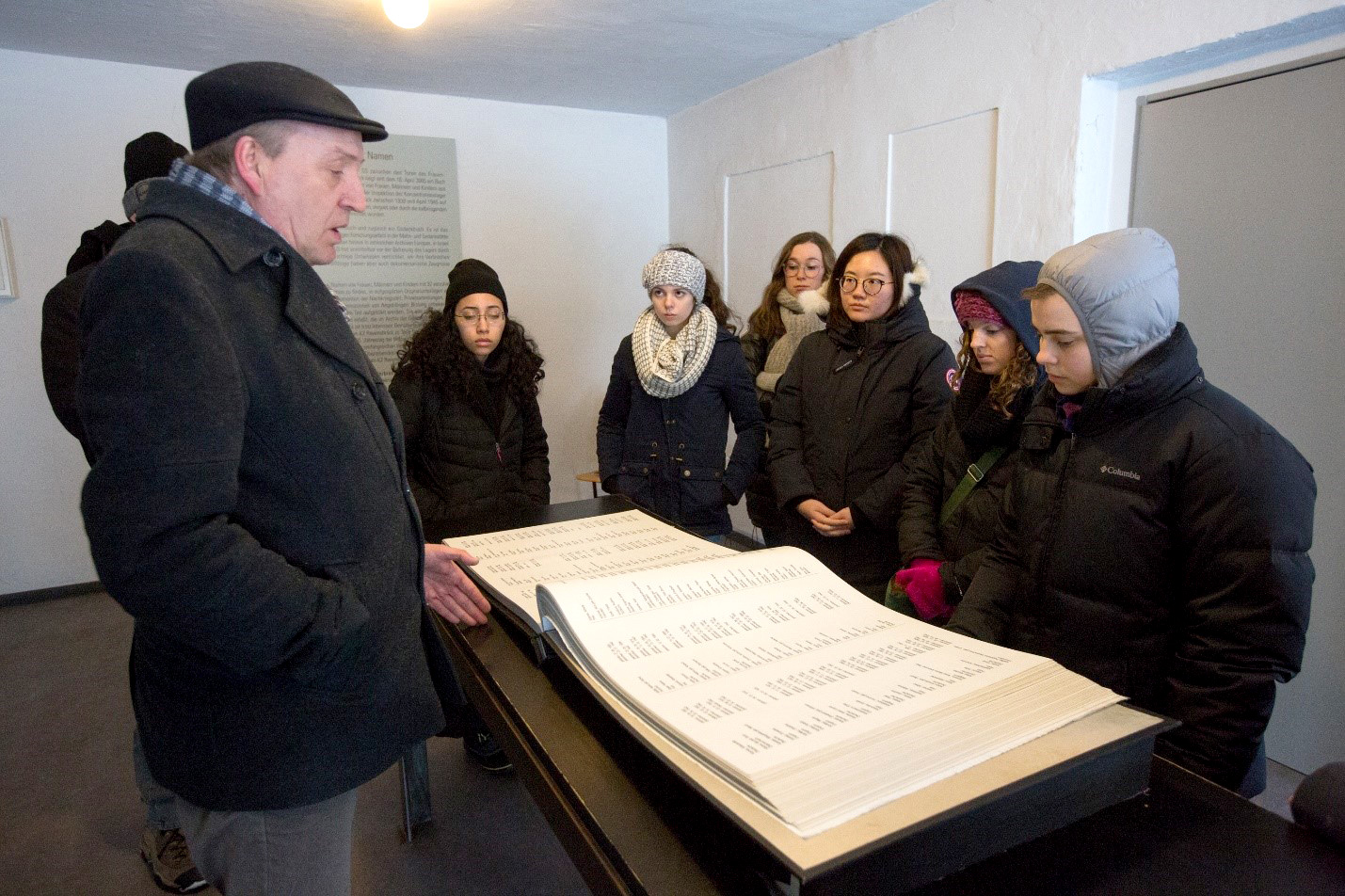 Here in Boston, CJP is supporting a project called Together, Restoring Their Names (TRTN) that focuses on expanding service-learning projects that connect students to the Shoah.

The newest effort will match students with local Holocaust survivors who need companionship and help with errands. Creating these “matches” is part of TRTN’s mission to educate about the Holocaust and apply its lessons through service and educational programs on college campuses.

Since TRTN launched in 2015, the project has offered a Fellowship for students of all backgrounds. Successful applicants take part in a rewarding two semester program that includes travel and service. Past Fellows have participated in five-night missions to Poland (November 2015) and Germany (January 2017). These trips have been featured in more than two-dozen media outlets in Poland, Germany, the U.S., and Israel, as well as in the campus newspapers of our Fellows from Boston University, Brandeis University, and Wellesley College.

In exchange for participating in the missions, Fellows carry out projects that can include publishing articles, volunteering with local survivors, and organizing Shoah programs on campus.

It starts with IACT

Many Fellows are connected to TRTN through their experience with IACT, CJP’s campus initiative that harnesses the experience of ten-day Birthright Israel campus-based trips and unleashes that passion back on campus.

For many students, a visit to the Holocaust memorial museum in Jerusalem, called Yad Vashem (A Memorial and a Name), is an emotional highlight of their Birthright Israel trip. Whether they had grandparents who lived through the Shoah or not, many students connect to the topic in an entirely new way after visiting Israel. As such, it is a natural fit for IACT to help these students engage more deeply back on campus. 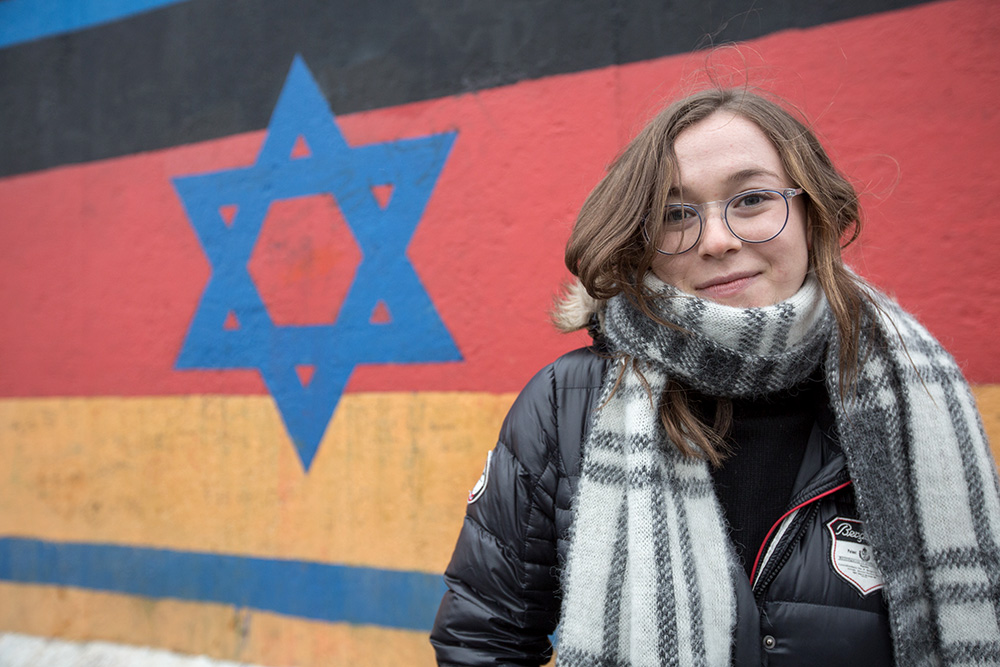 “Unfortunately, the Holocaust was almost always glossed over or not studied enough at my schools,” said Yaela Halper, a TRTN Fellow since 2015 who is now a junior who studies business at Brandeis University. “Now, I am working on social media and other ways to educate people about the Holocaust, and I am learning these things myself. I don’t know of any other opportunities for college students to really get involved in this area, other than this Fellowship.”

A Fellowship that’s open to all

Importantly, the TRTN Fellowship is open to students of any or no religious background, and more than half the students who have travelled to Europe with the group are not of Jewish descent. Recruiting a diverse cohort allows Fellows to learn from each other and the world around them in ways that are not possible when every participant is Jewish. This inclusive framework is helpful if Holocaust memory is to outlast the survivors. 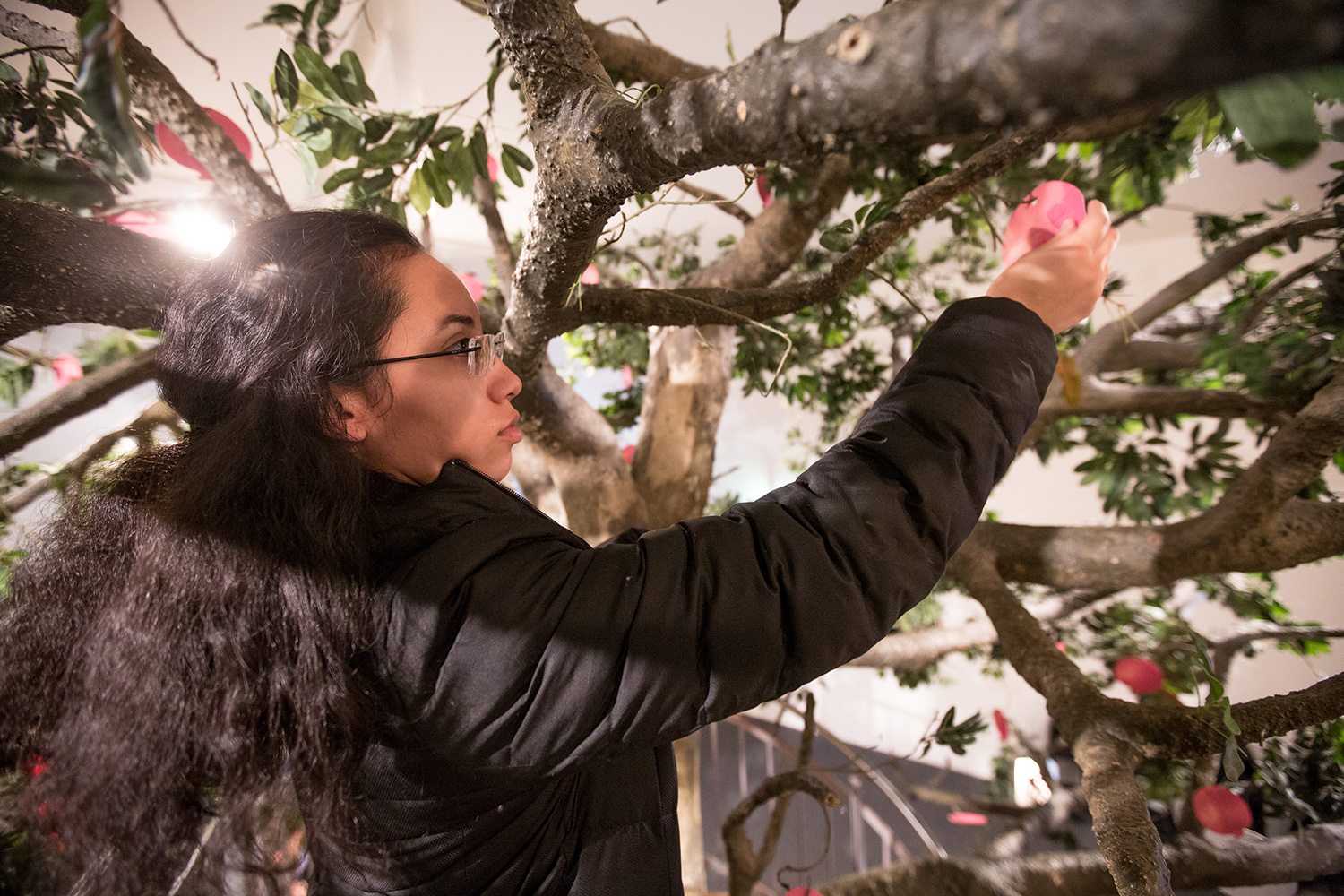 Ariana Regalado of Wellesley College participated on the TRTN trips to Germany and Poland.

“As a Latina student, I was eager to share experiences of my own family heritage with students of other backgrounds,” said the political science and economics major.

Regalado appreciated that both trips to Europe were framed with primary source readings before the trip, and that each trip had a larger theme that connected all the sites the group toured, whether destroyed Jewish cemeteries, places of Jewish revival, or former sites of Nazi incarceration. There is also a focus on international relations during the trips, including a visit to Israel’s embassy in Berlin and a partnership with Polish college students to restore Jewish cemeteries in Warsaw.

“In Poland, our group focused on painful heritage and what it means to actively remember something like the Shoah,” Regalado said. “We visited sites in the former Jewish ghetto and held a vigil in Warsaw with 200 people, as an example of active memory. The Germany trip was based on women’s studies, because that has been a growing interest of Holocaust researchers.”

In Germany, said Regalado, Fellows were photographed holding the pictures of Shoah victims with their names at different sites, including at the former Ravensbruck concentration camp for women. The Fellows also “restored” the names of several non-Jewish women who were married to Jewish men during the Holocaust by displaying their photographs and names at the “Rosenstrasse” memorial square where these women had protested their husband’s imprisonment during Hitler’s reign.

Back on campus, Regalado and other Fellows implement programs based on their own interests. For instance, TRTN hosts a book club each semester that relates to the trips to Europe and the theme for the year. Currently, Fellows are reading Ashes in the Wind, a primary source about the Shoah in the Netherlands, where almost all Dutch Jews —more than 100,000 people — were murdered at Auschwitz and Sobibor. It gives much attention to the plight of Jewish children, and it is considered a definitive account of the process by which more Dutch Jews were killed (proportionally) than in any other country outside Poland.

The Netherlands are next

In January, some Fellows will travel to the Netherlands to share — live on social media — what happened during the genocide in Amsterdam and at the transit camp Westerbork, where diarist Anne Frank and most Dutch Jews were sent before being murdered in Nazi-built death camps. Following the themes of “active memory” in Poland and women’s studies in Germany, the 2018 Netherlands trip will focus on youth in the Shoah. Fellows will also meet with and advise the creators of a new National Holocaust Museum in Amsterdam’s former Jewish Quarter.

In addition to the Fellows’ diverse backgrounds, there is diversity within the Jewish cohort’s connection to the Shoah. Boston University student 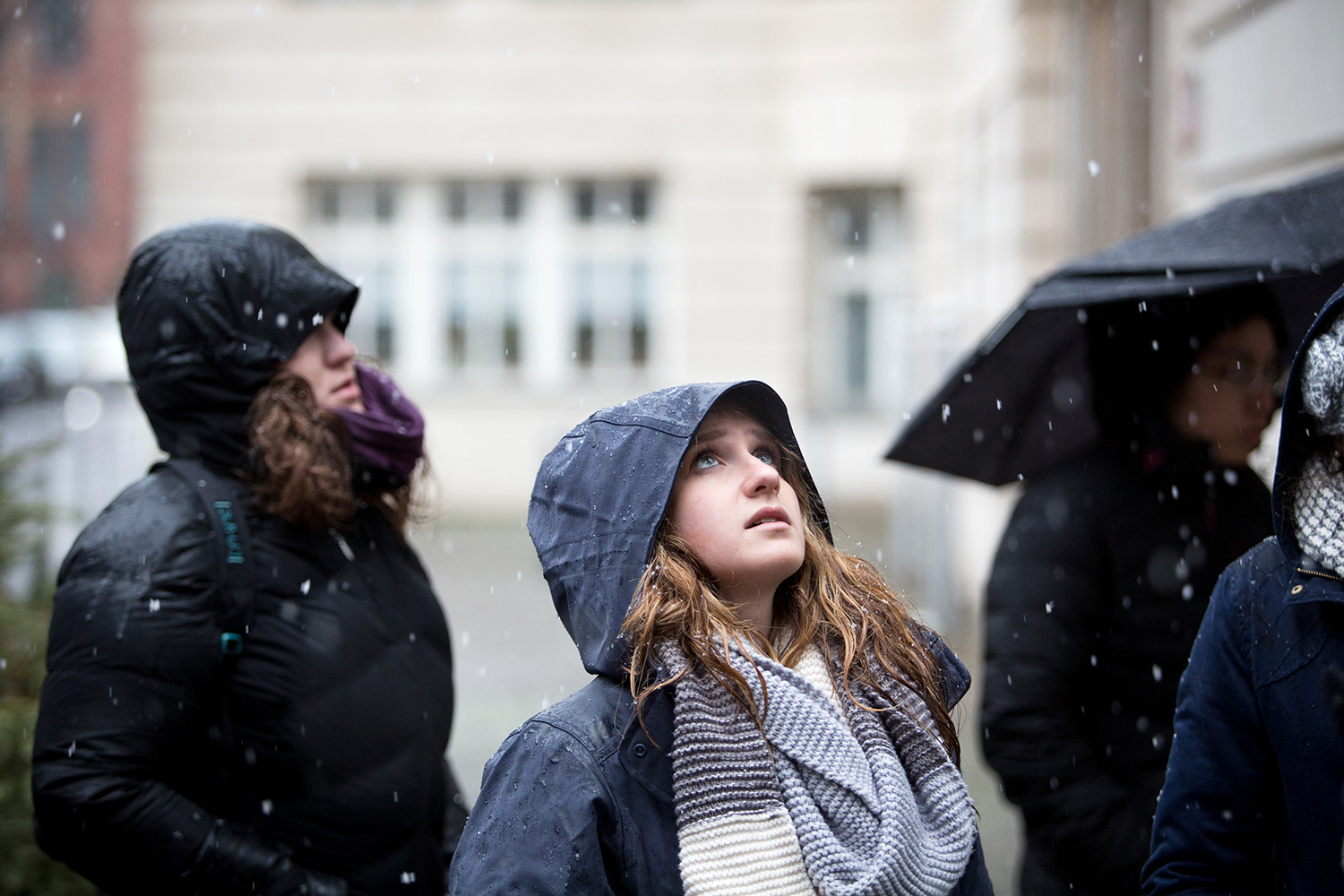 Erin Miller, for example, was the president of BU’s Hillel and her work on the Holocaust had already been published prior to joining TRTN. Earlier in October, she attended an international journalist conference at Auschwitz-Birkenau as a TRTN Fellow, and she reported live from the proceedings. 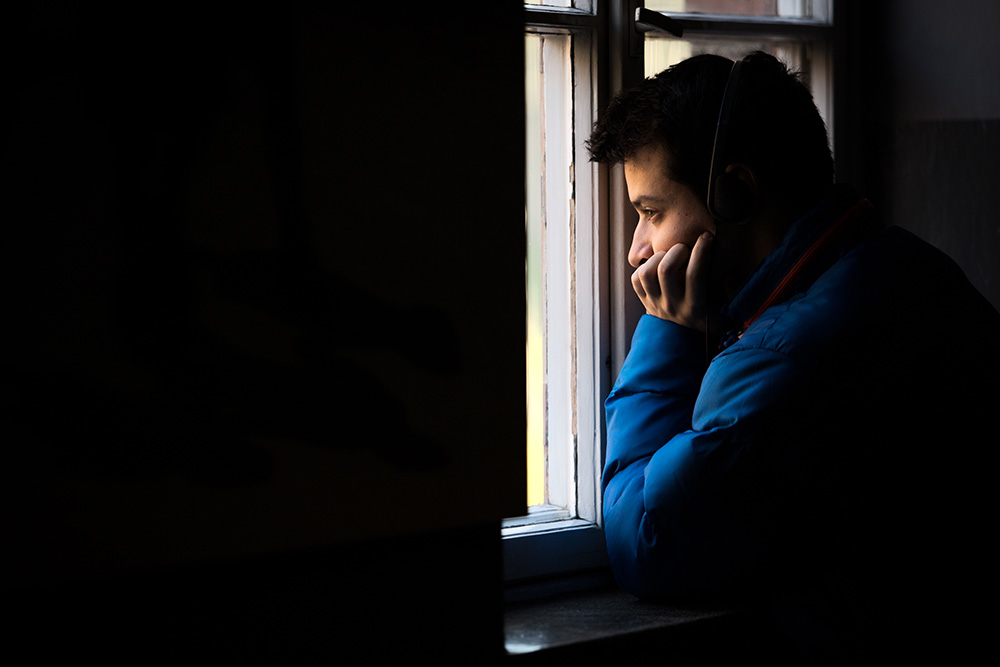 Another Fellow, Misha Vilenchuk, identifies as a Russian Jew. After he participated in the TRTN trip to Poland in 2015, the political science major founded an anti-Semitism coalition with campuses in Europe and the US. 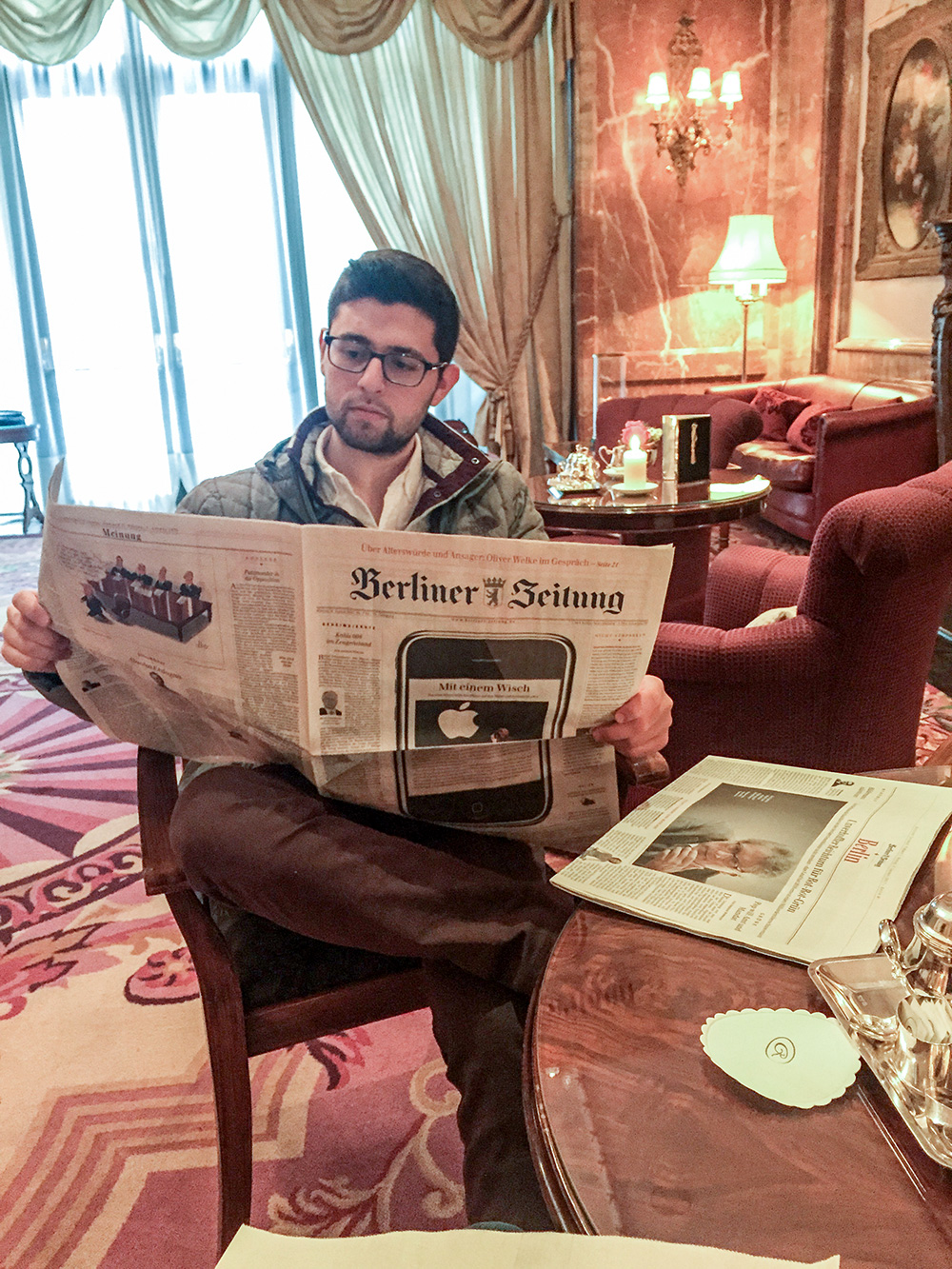 “Students really want to leave the bubble of their campus, but only if it’s for something important and meaningful to them,” said Elan Kawesch, who was initially the Fellowship’s photographer and website manager and who now serves as its director. “For every spot we have been able to offer on the service-learning trips to Europe, well over a dozen Jewish and non-Jewish students have applied,” said the Brandeis University junior.

Because Together, Restoring Their Names helps channel the interest and passion of Birthright Israel alumni into Holocaust memory service-learning, it is one of several ongoing IACT-created follow-up programs that has resonated on campus. In the process, our IACT alumni are ensuring that Holocaust victims are not forgotten, and that local survivors are taken better care of in their final years.

“With the growth of anti-Semitism around the world and Holocaust denial, we need this Fellowship on campus right now in a very serious way,” said Miller, who has been active with TRTN since 2015. “A lot more students need to be learning about how and why the genocide took place, and how that connects to the issues that we are so concerned with today.”