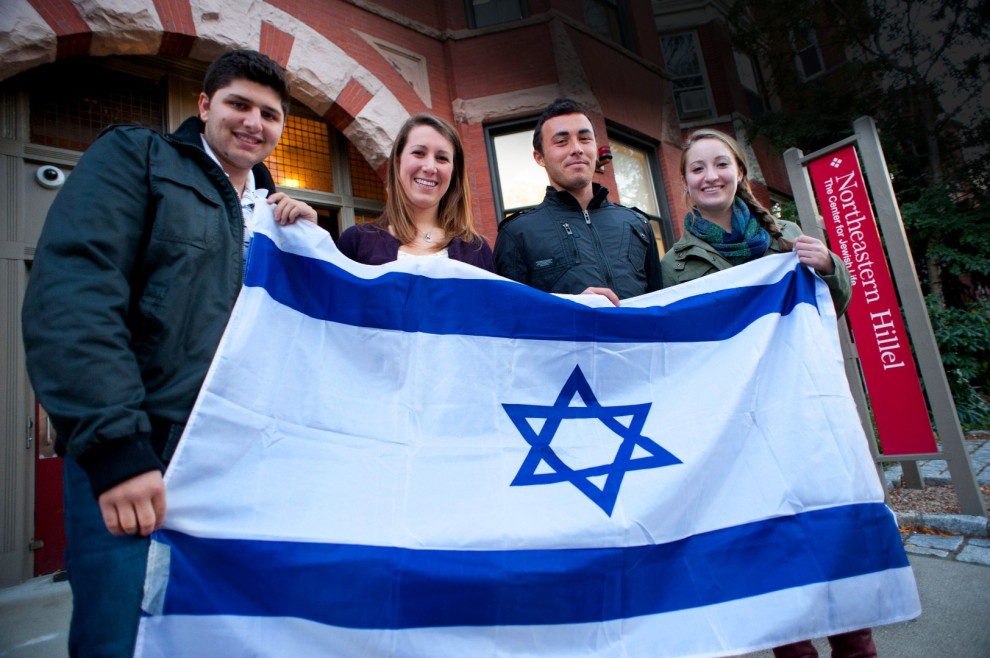 The free, 10-day Taglit-Birthright Israel trip is a time-tested way to turn up the volume on young people’s relationship with Judaism, Israel and their heritage. But after they return home, what’s keeping them connected?

CJP’s IACT (Inspired, Active, Committed, and Transformed) initiative was created to address exactly that question. Providing programming and support for students before, during and after Birthright, CJP launched IACT in 2007, eventually expanding to 12 campuses in the Boston area.  In 2014, the program went national, and IACT was established on five campuses across the country. It’s now set to expand to seven more campuses this fall.

IACT’s holistic and systematic approach starts with the new energy that a well-trained and highly focused IACT coordinator brings to each campus.  Funded by CJP, and working with CJP’s senior planning staff, IACT coordinators create personal connections with students.

One facet of the IACT program is the Post-Trip Empowerment Project, where coordinators work with students one-on-one. Inspired by their Birthright experiences, students spark campus conversations, develop community service projects and work collaboratively on pro-Israel projects across multiple campuses.

“IACT is about building a Jewish future,” says CJP vice president Cheryl Aronson​. The Post-Trip Empowerment Project, she says, “is part of IACT’s comprehensive strategy, designed to channel the passion and energy from the Birthright trip into actions consistent with Jewish values at the earliest opportunity following the trip.”

Working in partnership with Hillel International, and with the support of a gift from the Edward Fein Foundation, IACT currently reaches students on five campuses outside the Boston area: University of Florida, University of Texas-Austin, The Ohio State University, University of Maryland and University of California-Santa Barbara.

Now, IACT is poised to expand to seven additional campuses:

IACT’s major success has been the outstanding sustainability rate of student engagement. More than 80% (and on some campuses, 100%) of IACT alumni become involved in Jewish life during the year after their trip. Cross-culture programming groups emerge, and students seek out return trips to Israel.

Judaism in action at the University of Florida

Programming at the school included a recent weekend trip to New Orleans, where a group of 17 students visited a Holocaust memorial, toured the historic Touro Synagogue, and worked on a project to restore wetlands in the area. The students had a “Life After Birthright” session in which they discussed campus politics, Israeli politics, and what connections the students felt between the two. As a follow-up, the group is working with IACT Campus Coordinator Gia Campana, to develop a local service project proposal.

Gia says she’s a witness to the program’s effectiveness. “After a beautiful havdallah service, the students sat down and started talking. I approached them and got to hear what I would call ‘music to my ears.’ They were talking about how Judaism connects to helping the community. In their minds, it finally clicked. They now understand that it is part of our Jewish responsibility to heal our world.”

Aronson is gratified at how the IACT initiative is meeting students’ needs at a crucial time in their Jewish lives. “The search for identity is part of being a young adult,” she says. “Our job is to support students to act upon their new-found affinity with Israel and their enhanced Jewish identity.”

The message appears to be landing on fertile soil for Jessica Grobman, a University of Florida junior, who was recently accepted to work on a Tikkun Olam (repair of the world) project in Israel this summer. The progression from Birthright to New Orleans for service work and now back to campus is inspiring her to continue making a difference in her community.

“It gives me a sense of ease and perpetuates the feeling of personal responsibility,” she wrote on a feedback form after the New Orleans trip. “It is 100% my responsibility to take the excitement of social progress and the idea of doing more back to my community.”