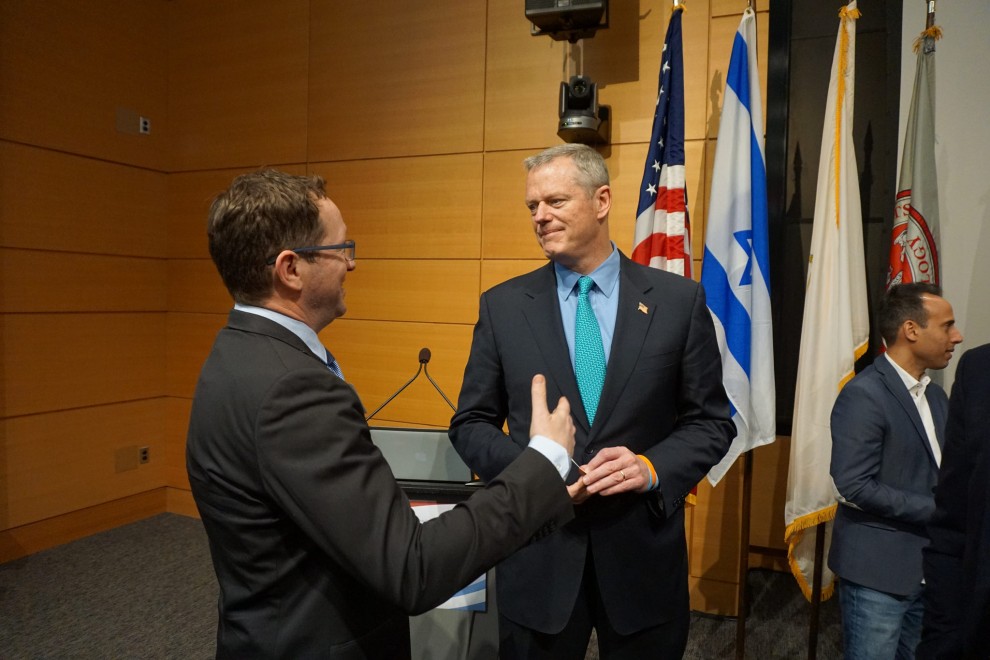 A Powerful Partnership: Boston & Israel from NEIBC on Vimeo.

June 14, 2016- A new study published by the New England Israel Business Council (NEIBC) and supported by CJP finds that Israeli-founded businesses are generating billions of dollars of revenue and thousands of jobs in Boston and the state of Massachusetts. These new figures surpass the findings of earlier studies, reaching new heights never seen before, representing about 4% of the entire Commonwealth's GDP.

In short, Israel and Massachusetts have formed an economic “power partnership,” boosting employment, revenues and growth. As of the end of 2015, more than 200 Israeli-founded companies call the state home. Together, they generated over $9 billion in revenue, directly employed 9,000 people and grew at twice the rate of the state’s economy.

The research findings were announced last week at a major event at MIT’s Sloan School of Management and that featured Massachusetts Gov. Charlie Baker and included 300 business leaders, entrepreneurs, Israelis, Bostonians and many others, including a group of Israeli musicians studying at Berklee College of Music.

As the report points out, Israeli ideas need larger markets and Boston is a great gateway. Our nationally renowned universities churn out highly talented graduates – including many Israelis who come here to study. Our area has access to capital ($1.2 billion in venture capital funds were invested in Israeli-founded businesses between 2013 and 2015), talent and customers. And, with a nonstop EL AL flight from Logan, Boston now boasts the closest U.S. airport with direct flights to Ben-Gurion. 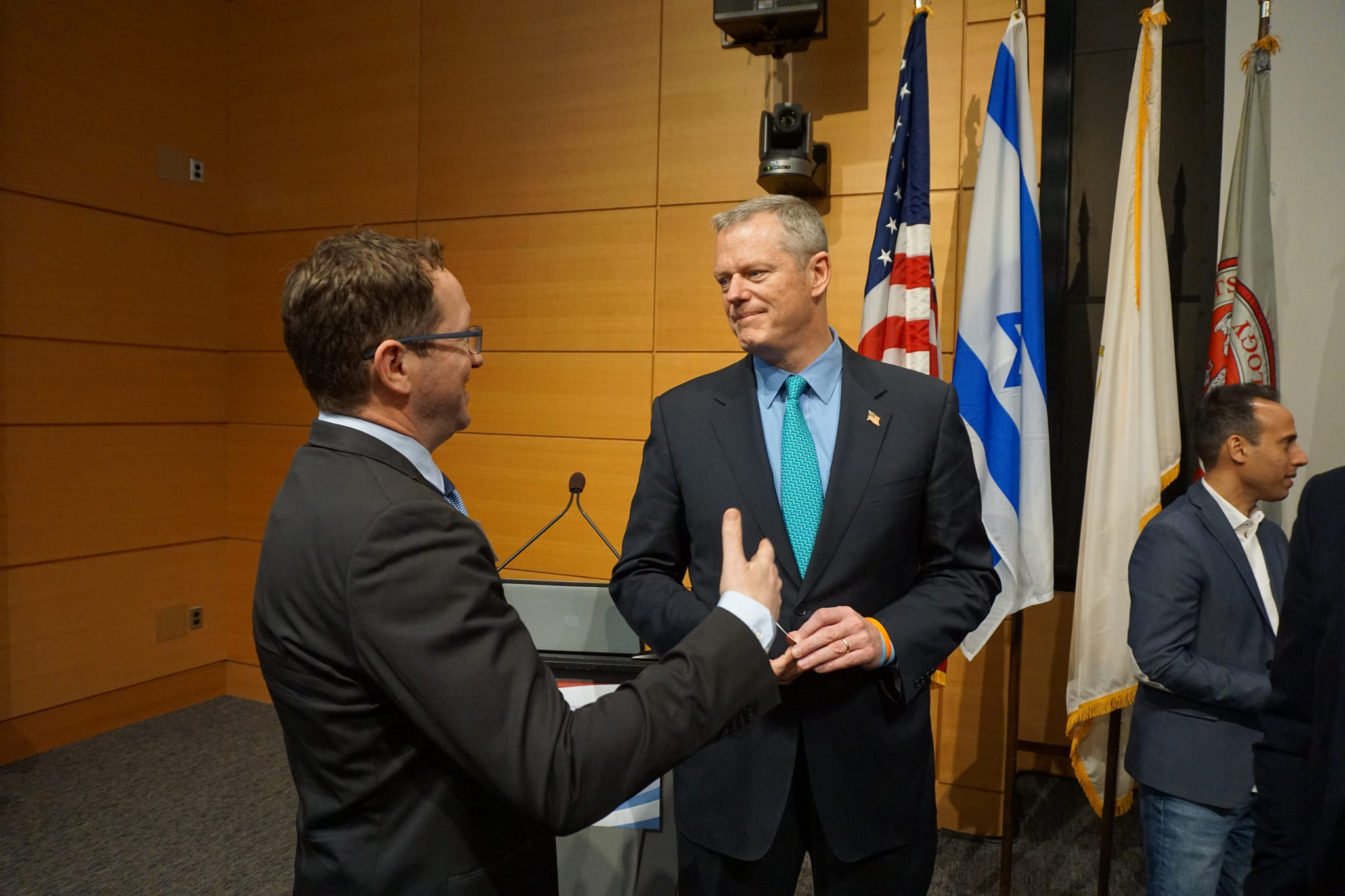 “Israeli businesses play a leading role in our state’s robust economy, in both tech and life science and we greatly value our special relationship,” said Governor Charlie Baker, who offered a keynote during the event. “The future looks bright for the Commonwealth and Israeli companies to bring even more world-changing innovations to global markets together.”

In fact, the power partnership shows no signs of slowing down.

This week, members of the Governor’s staff will join a CJP business mission to look at Israel’s booming cyber security sector to find ways to continue building the successful Bay State-Jewish State partnership.

The mission will be joined by top executives and will feature demonstrations of Israeli cyber security in real time and networking opportunities. This is the third such business mission to Israel CJP has organized since 2012.

Baker noted at the event releasing Mass.-Israel economic impact report that cyber security is one of the issues that, “I lie awake at night worrying about.”

Baker also noted that this mission to Israel would be his first overseas trip as governor.

Why is Israel his first destination beyond U.S. borders? It makes perfect sense when you consider that each CJP-led mission, as well as the two trade missions to Israel by Baker’s predecessor Gov. Deval Patrick, has led to new connections between Massachusetts and Israel. These connections led to some incredible advances that were imagined in Israel and globalized here in the Bay State.

Amazing Advances, Made in Israel and Massachusetts

The Israeli-founded companies that have their U.S. home in Massachusetts are doing amazing, cutting-edge work to improve lives. Just a few examples:

Desalitech, a water recycling/treatment company, with headquarters in Newton, was first introduced to a Boston delegation in Israel in 2012. The company was named “Global Water Technology Company of the Year” at an annual meeting of water technology experts in Abu Dhabi.

ReWalk, a Marlborough, Mass.-based company that uses an Israeli-created robotic “exo-skeleton” to enable people with limited motor function – even paralysis - the ability to walk again. A woman who suffered paralysis two years ago demonstrated the incredible device during the report release event at MIT.

Cybereason, headquartered in Boston, fights malicious behavior online in real time, and has become one of the fastest-growing security companies in the world – so fast, in fact, that it's about to take over a whole floor at 200 Clarendon, formerly the Hancock Tower.

EarlySense, which established U.S. headquarters in Waltham in 2011, is a contact-free platform that monitors patient health and sends immediate alerts to devices of healthcare professionals.

Want to find out more?