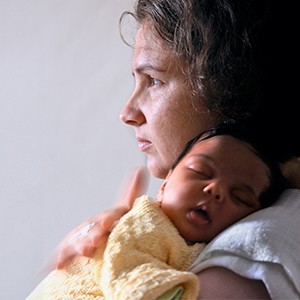 Last April, with immigration regulations changing by the day, CJP’s Legal Aid Fund for Immigrants (CLAFI) was launched in partnership with Catholic Charities of the Archdiocese of Boston. The response from Greater Boston’s Jewish community was swift and generous. Within weeks, the money was put to work, allowing Catholic Charities to double the size of their legal team that helps refugees and immigrants — many of whom have lived in the US for years — who suddenly found themselves in murky legal territory.

“Funding from CJP’s donors allowed us to hire three attorneys. That meant we could double the number of legal consultations we provide each week and significantly increase the number of cases accepted for direct representation,” says Marjean Perhot, Director of Catholic Charities Refugee and Immigration Services. “We are so grateful to the Jewish community and to CJP. They have been a true lifeline for thousands of people that we serve.”

Around the country, as many as 800,000 people could be affected by an end to the Deferred Action for Childhood Arrivals (DACA) program. There are currently close to 8,000 young adults known as “DREAMers” who are under its protection in the Greater Boston area. Catholic Charities is experiencing a dramatic increase in new clients because of the announcement.

Many people protected under DACA arrived in the United States as very young children and have lived here all their lives; many of them have never returned to their native country. “DREAMers” previously protected by DACA are panicked, and many are desperately seeking legal advice at Catholic Charities where attorneys provide consultations and try to help DACA recipients find other options for relief.

To make matters worse, as the need for legal representation and advice skyrockets among immigrants, Catholic Charities is seeing an increase in lawyers with little or no immigration expertise taking on cases. In some instances, people desperate to stay in the U.S. have paid retainer fees of up to $10,000 only to learn later that they have no legal path to citizenship. The need for skilled immigration attorneys who are not driven by profit is greater than ever before.

“We didn’t have to convince the Jewish community to help”

Perhot thinks that the response by the Jewish community is due in part to a deep understanding of what it feels like to be a refugee.

“The Jewish community really understands the immigrant experience, and they are sharing this journey with us — we didn’t have to convince them to help,” says Perhot. “We are simply in awe of the work they’ve done and of the funding they’ve provided.”

In addition to rapidly changing regulations, one of the biggest obstacles facing immigrants in the court of public opinion is widespread misconceptions.

“Some people think that when we help immigrants or refugees find a legal path to citizenship, we are taking economic opportunities away from others. That’s false,” says Perhot. “Immigrants pay a fee for all immigration benefits such as Temporary Protective Status (TPS). The United States Citizenship and Immigration Services (USCIS) does not receive a budget — they are completely fee-based. Immigrants are an integral part of our economy, and they pay taxes, they pay into social security and Medicare — benefits that they may never receive.” 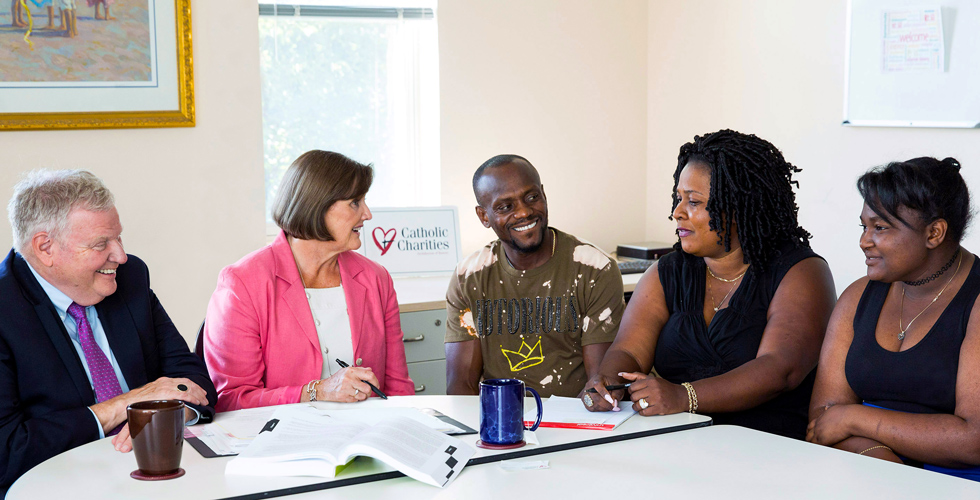 Bloomstone began her legal career as real estate attorney, but after having children, she decided to take her career in a different direction. Already part of the CJP community, Bloomstone says that CJP President Barry Shrage helped her connect with Catholic Charities, where she started out as a volunteer and has been a part-time immigration attorney for the last 10 years.

“Immigration law just spoke to me. When I’m helping people escape persecution, or if they are in a difficult situation and they can’t afford to hire an attorney, it gives me a great sense of achievement. It’s tikkun olam — repairing the world — I’m doing something to make the world a little better, one person at a time,” says Bloomstone.

Attorney Norah Alaraifi Softic is the child of immigrants, and her husband — now a doctor at Boston’s Children’s Hospital — originally came to the U.S. as a refugee.

“My husband fled the war in Bosnia and arrived here as a 16-year-old with nothing but a backpack. The way his parents struggled to build a new life here inspired me to focus on human rights when I went to law school.”

Softic is one of the three attorneys hired with funding from CLAFI. One of her primary roles is to facilitate Know Your Rights (KYR) workshops that offer immigrants a no-cost and confidential way to learn about their legal rights and advise them on how to respond if they are approached by immigration enforcement.

“Before the funding from CJP, we didn’t have a lawyer available to hold these workshops. Occasionally, we would hold a Know Your Rights meeting, but it was not led by a lawyer,” explains Perhot. “Because of CLAFI, we now run approximately two KYR clinics per week, and we have reached more than 765 people, basically quadrupling prior capacity and, more importantly, ensuring immigrants and their families are armed with knowledge about their rights and options for relief.”

In addition, the CLAFI fund has helped spark new collaborative efforts. Softic is coordinating with Jewish Family & Children’s Service to support their clients who need immigration consultations.  Later this month, a team of Catholic Charities attorneys will provide individual immigration consultations to 11 clients onsite at JF&CS, helping to build on JF&CS’ commitment to holistic services for its clients.