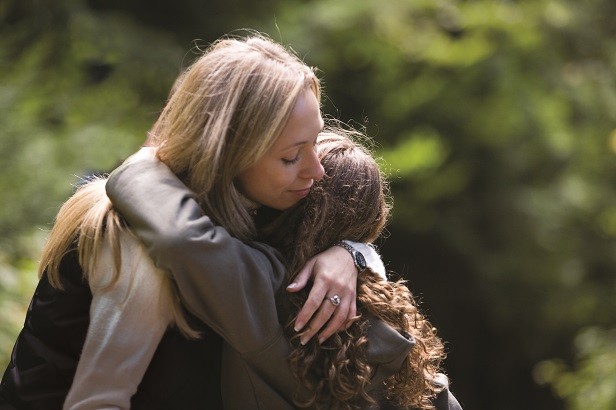 Most people at Temple Beth Elohim (TBE) remember Rabbi Rachel Saphire’s Kol Nidre sermon two years ago as a turning point. It was a seminal moment when they began their congregational journey toward understanding and supporting their members who are affected by mental health issues.

“I had been approached by a congregant who said, ‘When someone is in the hospital, we send them a brisket. We visit them. We check in on them after they get home. But when someone is at McLean — which specializes in psychiatric care — we do nothing.’ I realized that he’s right, and it was gut wrenching,” says Rabbi Saphire.

It was with this realization that TBE started their Mental Health Initiative. People from throughout the congregation — from all walks of life and a wide variety of professions — have come together to create an environment where members could openly share their struggles and their strength.

Caring for a community: mind, body, and spirit

In many ways, TBE’s Mental Health Initiative was a natural next step for this warm and caring synagogue. With support from the Ruderman Synagogue Inclusion Project and CJP, TBE had already begun to implement changes in order make their community welcoming and inclusive to people of all abilities.

“TBE is an extraordinary community. It’s a place where our members can experience a deep connection and embrace both joy and challenges,” says Rabbi Saphire. It’s also a place where people can take a good idea and run with it.

Alan Posner, a lawyer who has volunteered for decades with local mental health organizations, says that the idea for the Initiative grew out of a series of conversations he had with TBE’s Vice President of Tikkun Olam, Neil Silverston. Community Organizer Sandy Aronson then provided key support that helped drive the initiative and gather several more congregants to form a committee and determine next steps.

This work could not have begun at a better time, as at least one of TBE’s families was already facing a life-threatening mental health crisis.

“Our entire family was being pulled apart.”

Imagine this: mother, father, brother, and sister, all sitting poolside in Spain, soaking up the sun on vacation. From the outside, Karen says her family must have looked idyllic; but internally, they were being torn apart as their teenage son spiraled into a deep depression that they were powerless to stop.

“We were doing everything we could — getting him treatment, rallying all the support we knew of, but nothing helped.”

When they returned home, their son began the first of several in-patient stays at McLean Hospital.

Loneliness: a preventable side effect

With an estimated 1 in 4 people directly affected by mental illness, chances are that every person who reads this sentence has either suffered from a mental health issue or been close to someone who has. Even so, Karen says she felt very alone while her family struggled with their son’s crisis.

“It’s so lonely. No one was sleeping. We were on suicide watch,” she says. Despite the fact that her husband is a medical professional, the family still had difficulty finding the resources and experts they needed to help their son.

“I thought, ‘If it’s hard for us, how much harder is it for someone who is not connected to the medical community, or who doesn’t have financial resources?”

The stigma associated with mental illness can easily deter people from getting help, or even talking about their experience. Because of this, Karen knew they couldn't keep this experience to themselves.

“I was adamant that we talk about this with our family, friends and our network at TBE early on. My son had done nothing wrong; he has a chronic illness, and we needed support.”

Thanks in large part to the Mental Health Initiative, Karen’s family found themselves surrounded by a caring community at TBE.

Dr. Andrew Compaine is a psychiatrist and TBE member who has been instrumental in leading the Initiative.  One of the first programs they organized was a Shabbat Reflection where several congregants shared their personal experiences with mental health problems.

“We were stunned. So many people showed up and their stories just poured out. It verified that they had felt tremendously isolated,” says Dr. Compaine.  “As Jews, we know a great deal about being there for each other during times of unbearable suffering. It doesn't matter what we call it or how it is diagnosed — Jews have never stepped away from providing comfort to those who are suffering.” Dr. Compaine says that focusing on this work through a Jewish lens makes their outreach unique. “We don’t want to replicate the services that other community agencies provide; we use Jewish teaching and values to explore how we can fill unmet needs.”

Since the first Shabbat Reflection, the Initiative has also worked to produce a resource guide for families experiencing a crisis, created new task forces to advocate for statewide policy changes, created an internal support group for parents of teens, and partnered with the National Alliance on Mental Illness to host a family support group. The clergy team has also received specialized training to support mental wellness, and the congregation’s Mi Shebeirach (prayer for healing) now asks for the renewal of “body, spirit, and mind.”

Sharing the light at the end of the tunnel

Alan Posner says that he hopes that their work might also help other synagogues. “We’d love to share our model so that others don’t have to recreate the wheel. Starting with a small group of dedicated people who have some knowledge of the issues worked well for us.”

Karen credits her family’s TBE friends with helping to sound the alarm when her son was ill, and they also celebrated with them when he was well. The congregation was a source of close friendships for her son. They saw him through the ups and downs of his illness, and they stayed in touch during a year where he lived in a residential program.

When he returned, Karen says he felt a need to tell them about his experience. “He asked to share his story with his friends at TBE; they had a receiving line of people waiting to hug him. He has a story to tell and a lesson to teach, and I couldn’t be more proud of him.”

More help on the horizon

Sharon Shapiro, a trustee of the Ruderman Family Foundation, is also inspired by the TBE community and their progress reducing the mental health stigma, which seems like a natural next step for their synagogue inclusion work.

“Mental health issues are just so prevalent. We haven’t done anything yet in this area, but we are in the process of researching it and seeing how we can be helpful,” says Sharon. “There are so few foundations that fund this work, and people are suffering because of the lack of resources.”

Molly Silver, CJP’s manager for the Ruderman Synagogue Inclusion Project, agrees that addressing mental health concerns is a common challenge for the congregations she works with. “We’re hearing from rabbis and inclusion committees across Greater Boston that they are struggling with this issue. One of our goals at RSIP is to share best practice, and we hope others will look to TBE as a model.”

Judging from the impact at TBE, it seems that any investment in mental health is sure to pay off.

You can learn more about TBE’s Mental Health Initiative online.