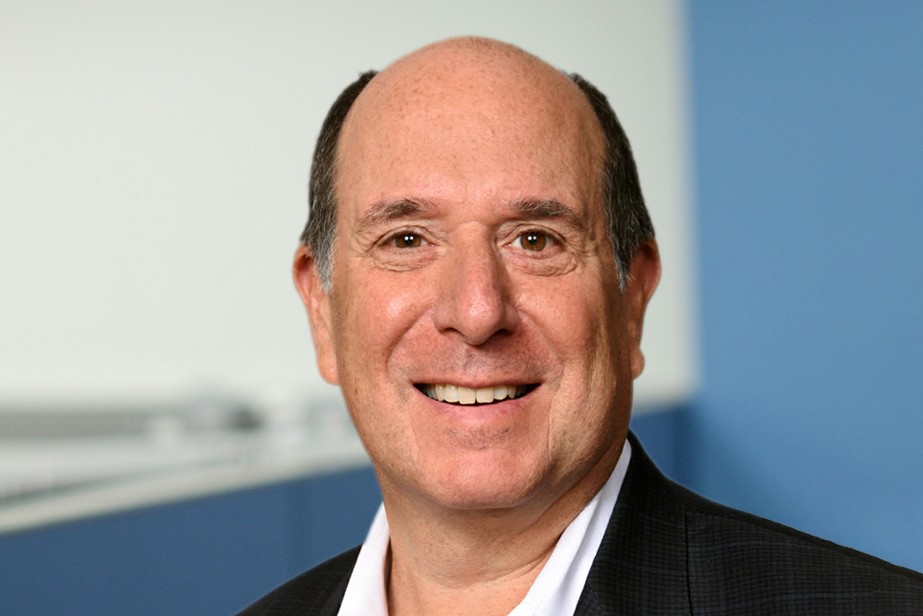 By Joan Yenawine for CJP

If you’re wondering if Aron Ain lives up to his reputation for being approachable, warm, and inclusive, the answer is definitively yes.

He’s best known as the CEO of Kronos, a leading provider of workforce management and engagement tools and services. His colleagues have countless stories of him roaming the halls at Kronos and stopping in to say hello at meetings and at cubicles. He’s imbued his company with his unique brand of savvy and authenticity, something I witnessed in person a few years back when the Kronos marketing team opened their doors to Greater Boston marketing professionals.

And when I asked him for an interview to talk about his ideas on leadership, philanthropy, and his legacy, he didn’t hesitate.

At Combined Jewish Philanthropies (CJP), Aron has been a familiar face — and a guiding hand — since 2004. He gives generously of his expertise, his financial resources, and one of his most precious commodities: time.

Not only does Aron currently serve as a member of CJP’s Board of Directors, but in 2017, he was instrumental in helping to lead the search committee (along with Co-chair Shira Goodman) that named CJP’s first new President and CEO in 30 years, Rabbi Marc Baker.

He’s also served as co-chair of the renowned The Cynthia and Leon Shulman Acharai Leadership program and of CJP’s 2015 Annual Campaign.

The world needs organizations like CJP. There's not enough people who are
looking out for everyone’s well-being,
not just their own well-being.
CJP makes the world a better place.

According to Aron, his contributions at CJP — and at other nonprofit organizations — are a true labor of love.

“I love CJP and I believe in what it does for the community,” says Aron. “I believe in its need to be vibrant and successful today and in the future. Because people who came before me made it possible for me and my family to enjoy what CJP is today, I have an obligation to do that for others.”

At his frequent speaking engagements, both at CJP programs and for other organizations, Aron is asked to share some of the “secrets” to his success as a leader.

By considering the needs of the other person, the team, or the organization, Aron says leaders can begin to develop transparency, communication, collaboration, and trust.

“Trust is the magic glue that holds together personal and professional relationships,” says Aron. It’s not something you can force on someone else, it’s something you have to earn.

Aron has also written and spoken about "Un-leaders," people who understand that they are not indispenable, and who welcome a wide variety of perspectives.

“Sometimes when people write nice things about us, or we have developed positions of status or importance, it's conceivable that we might think a little bit too much of ourselves,” he says with a wry smile.

“And we might not understand clearly that it's not just about us.”

“That's what the concept of an ‘Un-Leader’ is about: that other people around the table have points of view that are truly valuable and that can help us make better decisions. If you put your ego in check and recognize that you don't have a corner on the market of all the best ideas… you'll have better outcomes.”

When asked what he hopes his legacy will be in Greater Boston’s Jewish community, Aron pauses — he’s not used to thinking in those terms.

“My personal legacy? I don't think about that,” he says. “I guess I’d want people to say, ‘He led with his heart. He led with his head. He made the place a little bit better than it would have been if he hadn't been involved.’ But, really it's not about me.”

His recent book, Work Inspired: How to Build an Organization Where Everyone Loves to Work, contains echoes of that sentiment. “The truth is, I don’t want to be known or remembered as a CEO,” he wrote. “I’d much rather that people know me as a good dad, husband, or friend.”

At CJP, we’re grateful to Aron for continuing to give so generously of his time and expertise, helping people throughout the Greater Boston Jewish community with his unselfish model of leadership and philanthropy.