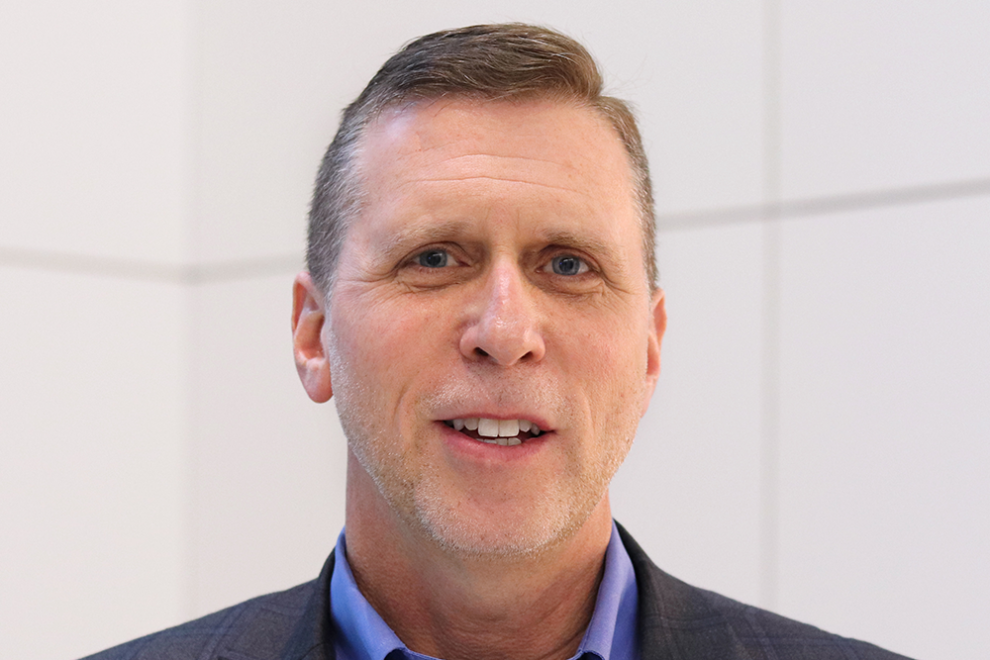 The recent deadly attack at the Tree of Life Synagogue in Pittsburgh has increased public focus on security for the Jewish community. In Greater Boston, CJP is a leader in providing resources and training to help our schools, synagogues, and other community partners to proactively address security concerns. We sat down with Jeremy Yamin, Associate Vice President, Director of Security and Operations, to discuss his role during these difficult times, and the resources CJP has to offer.

CJP: Could you give us a brief background on how CJP has been involved in promoting security for the Jewish community in recent years?

Jeremy Yamin: CJP has been in a leadership role in terms of safety and security for many years. The Jewish Emergency Management System (JEMS) was formed in 2006 with funding from the Department of Homeland Security. JEMS, which includes partnerships with the Anti-Defamation League (ADL), the Jewish Community Relations Council (JCRC), and the Synagogue Council of Massachusetts, has hosted dozens and dozens of meetings, bringing together different synagogues, schools, and agencies. CJP manages the JEMS website where we provide relevant security information to our community. We encourage interested community partners to view the website and sign up for JEMS emails.

When I was hired in 2016, I went on a six-month listening tour where I went to synagogues, schools, and different agencies to get a better understanding of their needs so we could design a security program that's useful. I received great support from CJP management and the Board of Directors and we ultimately decided to prioritize working with 14 Jewish day schools while continuing to provide some support to all institutions.

We have offered “introduction to security” to schools, synagogues, and Jewish agencies for Board members and staff. We also have worked with police departments and some of our schools to provide ALICE active shooter response training, which has been offered to the JEMS community as well. We have started to offer Basic Life Saving, tourniquet training, and CPR/AED instruction to JEMS members at no cost to them. We are also offering one AED free to each school — once their staff have completed the training.

In addition, CJP has partnered with Safe Havens International (SHI) to conduct detailed security assessments at the 14 schools and two JCCs. We have sponsored training by SHI, which has been attended by the schools, JCCs, Boston Public Schools representatives, parochial school administrators, and police officers. The training has proved so popular that multiple police chiefs, and a Boston School Superintendent have attended this CJP-sponsored training.

One of the important aspects of my position is to be able to talk with members of the community when they need it. Currently, in partnership with the Anti-Defamation League (ADL), the Jewish Community Relations Council (JCRC), and the Massachusetts Synagogue Council, we’re planning a series of larger meetings for professional and lay leaders responsible for security to discuss basic principles and to gain a greater understanding of what these individual institutions need.

CJP: How has the Pittsburgh attack changed or affected your work?

Jeremy Yamin: What has changed now is the demand for this work from our affiliates and the support for it across entire organizations. Before there might have been interest from the security committee at an organization, but not necessarily from the institution as a whole. Now my phone is literally ringing off the hook with organizations looking for increased security and assessments. So, in that way, demand has changed, but our vision of security fundamentals has only been reinforced after the tragic events in Pittsburgh.

CJP: Some of the survivors of the Pittsburgh attack said that they think the ALICE training they received helped save their lives. How is this training valuable? Why is it important for our affiliates and partners to have access to this kind of training?

Jeremy Yamin: I participated in a conference call with my colleague in Pittsburgh the day after the attack. During the call — and in subsequent news accounts — we learned that some survivors credited their survival to the ALICE training he provided. What's good about it is that it empowers people and it helps them to think about things in ways that we were not taught as children to think about. Yes, it's a tough training — but it can be useful if it's taught properly and put in context, and that's why I and another member of my staff received the instructor-level training. We continue to work with CJP staff and multiple institutions to adapt the ALICE training to their needs.

I hasten to add that the odds of any of us ever seeing an active shooter in our lifetime are incredibly low. I use the analogy that getting struck by lightning is incredibly unlikely, but all of our houses have lightning rods, and while it’s unlikely that a school would catch on fire with students in it, all schools do fire drills a couple times a year. I put ALICE training into that context.

I feel very honored to work here at CJP, but at the same time, I wish that my job didn't exist. What I do take joy in is trying to help people and organizations proactively take care of their people because to me, safety and security is taking care of people. CJP has a core value of caring and this is a way to help institutions that haven't always had the training or the opportunity they need.

CJP: Can you tell us a bit about your background, and why you were interested in taking the lead on security at CJP?

Jeremy Yamin: My mother was a refugee from Holland in 1938 and a number of her relatives died in concentration camps. I’ve met some of her cousins who are survivors, so as a young man that really had an impact on me. I have a watercolor painting in my office that my uncle Ben Sanders drew when he was in hiding as a small boy. He gave it to me when I was the same age he was when he painted it and I have displayed it first in my room at home and now in my office at CJP. Ben was hidden in the home of two women that was near a German supply route in Eastern Holland. It portrays his view of German half tracks and troop transports rumbling by. Later the town was shelled and he hid underground for months. It is incredible to me that he and others were fortunate enough to survive. 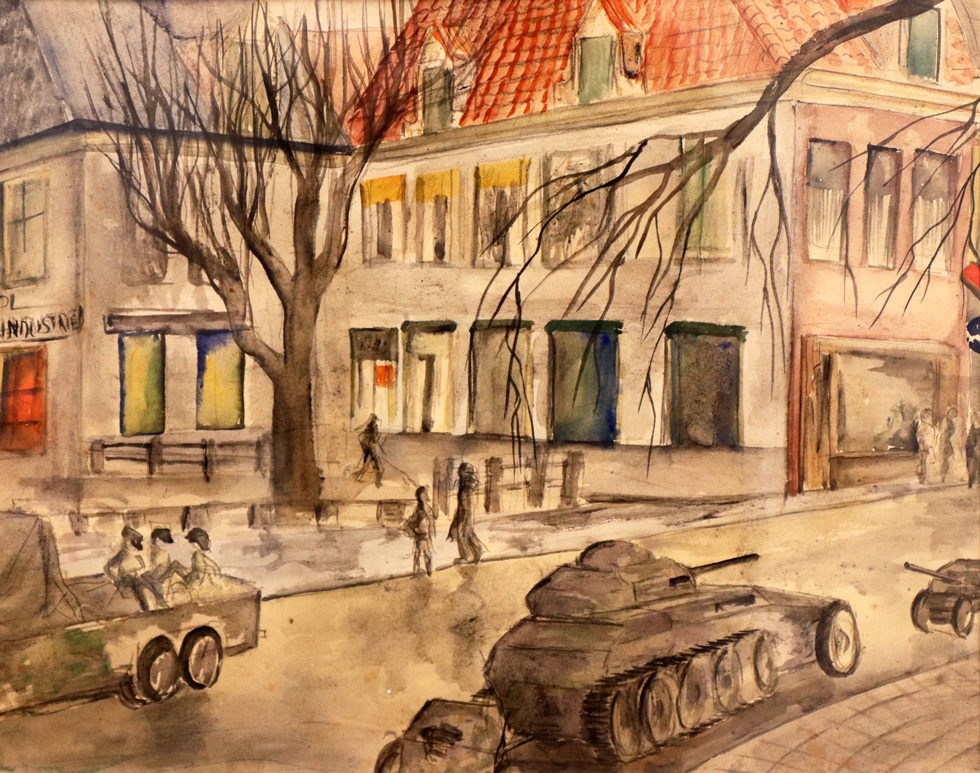 I majored in international relations and got interested in international law enforcement and then joined the U.S. State Department as a special agent in 1994 and served in New York, Boston, and around the world in Peru, Uruguay, and Tanzania. I lived overseas for about 10 years and managed security at bases, embassies, and at ambassadors’ residences.
I think that my international background and flexible problem solving skills have helped me to be sensitive to some of the nuances in the Jewish communities in Greater Boston. I'm definitely still learning but I have so many mentors at CJP and in the community. We are all working toward the shared goals of taking care of each other.

CJP: What are your goals going forward?

Jeremy Yamin: I'm very excited about what we've started with the schools. Eventually we would like to raise funds for communal security so that we would be in a position to provide incentive matching grants to the schools for larger projects which we haven't been able to do yet.

And then we would like to focus on the 37 preschools within synagogues and the synagogues generally, along with ongoing training, outreach and assessments. I want to provide guidance and resources. This work relies on the generous support of our donors.

Since 2006, CJP has managed the Jewish Emergency Management System (JEMS).

Professionals and lay leaders who are responsible for or concerned about security at their Jewish organization are encouraged to attend Security in our Community Trainings.

Even if you cannot attend the offered trainings, you can find security guidance on our website.

Sign up to receive JEMS security alerts, as well as upcoming webinar and training opportunities.

If you have questions or need additional information, please contact: jems@cjp.org.