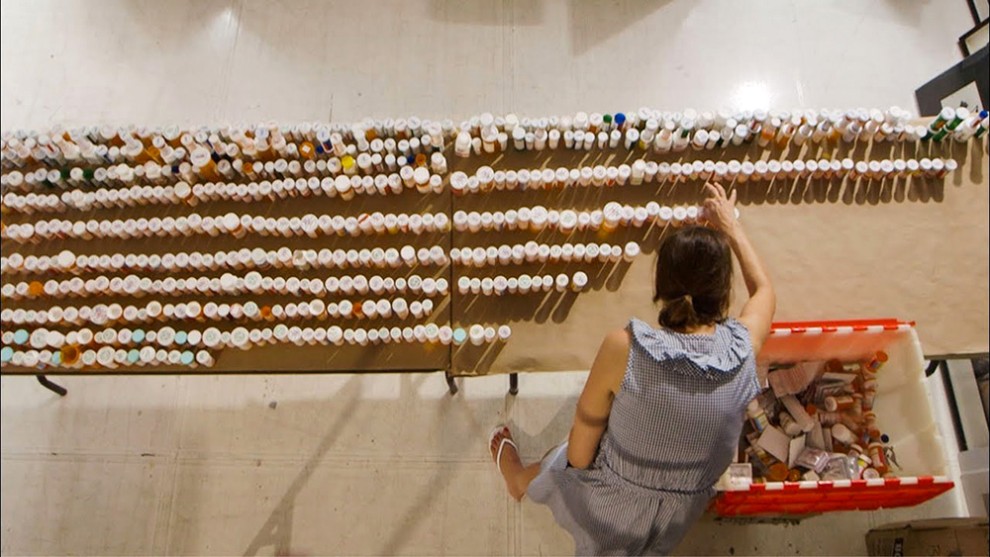 Understanding mental illness of a loved one can be a complicated descent into the unknown. This is the case for Hope Litoff, who delves into the metaphoric rabbit hole of trying to come to terms with the life, art, and tragic death of her sister, Ruth, in her deeply personal documentary film, 32 Pills: My Sister’s Suicide.

Ruth was a beautiful, enigmatic New York photographer and artist who had grappled with bipolar depression and mental illness. Hope believes Ruth also had undiagnosed borderline personality disorder. After dozens of attempts, Ruth was lost to suicide in late 2008. She was found in her Manhattan loft, which was meticulously staged with notes and gifts for friends and family, copious amounts of cat food, and hundreds of her markers arranged in rainbow order.

The film shines a spotlight on the debilitating and often-stigmatized complexities of mental illness. It’s a window into a world that has often been veiled in shame and secrets, but also one that isn’t bound to a particular race, religion, or economic status. Like cancer, mental illness has affected or currently affects someone we all know — in our family, our community, or workplace. 32 Pills makes it stingingly clear that affluence and beauty are no match for depression and suicidal thoughts.

Educating the community about mental health

Sponsored by CJP and the Ruderman Synagogue Inclusion Project (RSIP), 32 Pills premieres at the Boston Jewish Film Festival at the Brattle Theater in Cambridge on Thursday, November 16. The screening will kick off RSIP’s mental health-focused agenda with a host of events throughout the year, including cohort dinner, educational sessions for rabbis, and a spring event featuring Kitty and Michael Dukakis, who will be speaking about their personal experiences with mental illness.

Sarah Abramson, Ph.D., Vice President of CJP’s Caring, Community Impact, and Strategic Partnerships, will introduce the film and speak about the work CJP is doing to educate our community about mental health.

“CJP is exploring how our Jewish community can better support those affected by mental health issues. It has a widespread impact, and we need our entire diverse community to take a role in ending the stigma associated with mental illness,” says Dr. Abramson.

Starting the conversation at synagogue

The Ruderman Synagogue Inclusion Project, which is a partnership between CJP and the Ruderman Family Foundation, works to support synagogues in creating communities of inclusion for people of all abilities.

RSIP is focused on mental health this year in an effort to reduce the stigma of mental illness. Sharon Shapiro, Trustee and Director of the Boston office for the Ruderman Family Foundation, believes that mental health awareness and education go hand-in-hand with inclusion in our Jewish community. “Synagogues are the perfect place to start conversations about mental health. It’s a comfortable environment, surrounded by friends, family, and wonderful leadership,” she says.

Tickets to the screening of 32 Pills: My Sister’s Suicide on Thursday, November 16, at the Brattle Theater in Cambridge can be purchased by visiting the Boston Jewish Film Festival.