This morning we awoke to the heartbreaking news of a terror attack on Israelis. The attack took place in Har Adar, a Jewish community northwest of Jerusalem when a terrorist opened fire on a group of Israeli security officers as they were opening the settlement entrance to Palestinian workers.

The three murdered Israelis are border policeman Solomon Gavriyah, age 20, from Be'er Yaakov, Youssef Ottman, age 25, from Abu Ghosh and Or Arish, age 25, a resident of Har Adar. A fourth man was seriously injured in the attack and underwent surgery at the Hadassah Hospital Ein Kerem in Jerusalem.

The terrorist from the nearby Palestinian village of Bayt Surik, was shot and killed by security forces at the scene. Hamas praised the attack and called for others to carry out similar ones. United Nations Special Coordinator for the Middle East Peace Process, Nickolay Mladenov responded with a statement, “It is deplorable that Hamas and others continue to glorify such attacks, which undermine the possibility of a peaceful future for both Palestinians and Israelis. I urge all to condemn violence and stand up to terror.”

Our hearts go out to the bereaved families of the victims, and we pray for a full and speedy recovery of the wounded. In these Days of Awe between Rosh Hashanah and Yom Kippur, we pray for peace and security for our brothers and sisters in Israel. May all of us be inscribed and sealed in the Book of Life. 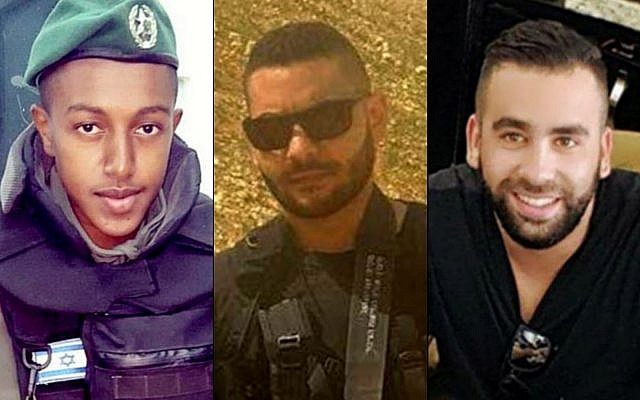