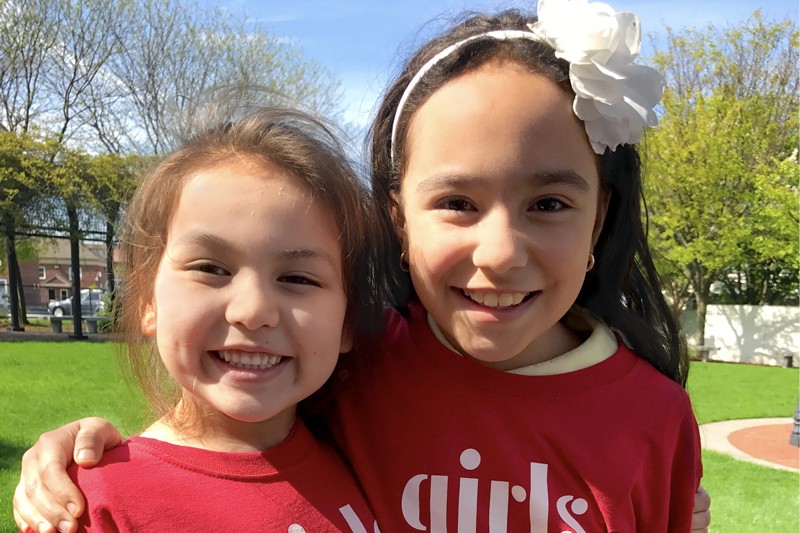 What would you do if you had $4 million to give away? Where exactly would it go? When most of us choose to make a donation, whether it’s for $18 or $18,000, we choose an organization to give to, but that’s where our involvement ends. We turn the decision-making over to the volunteer leaders and professional staff and trust that our dollars will be put to the best possible use.

In 2000, a group of women in the CJP community wondered if there might be another way. They envisioned a new model of women’s philanthropy that would not only improve the lives of women and girls but would also empower the women who give to be fully involved in a democratic grant-making process. They came together and created The Boston Jewish Community Women’s Fund. It was later renamed The Miriam Fund after Moses and Aaron’s older sister, who was a prophet and a leader for her people.

Today, The Miriam Fund is a philanthropic community of around 120 women who pool their resources with an endowment of approximately $2.3 million. The nearly $4 million in grants that have been allocated over the last 18 years have created opportunities for women and girls through Jewish and secular organizations in Boston and in Israel, focusing on economic empowerment, education, health, legal assistance, and personal safety. And every decision has been made by the members of The Fund.

Cheryl Carner currently serves as the Co-chair for The Miriam Fund’s grants process. Like many of its members, she was drawn to The Miriam Fund because of how different it seemed from the philanthropy she had done in the past. “I was intrigued by the very direct, hands-on nature of the work. Each member has the opportunity, if they choose, to review grants and make decisions — we take a vote, and the majority rules.”

Mary Akerson, another long-time member and one of The Miriam Fund’s Co-chairs, expresses a similar feeling. “Becoming actively involved in grantmaking and not simply contributing to charitable organizations by writing a check means that I have a more personal stake.”

Sharon Shapiro, another of The Miriam Fund’s Co-chairs, describes one of the challenges: “When we present a proposal, we are supposed to be objective, sharing information without advocating for it. It’s hard to avoid!”

Carner agrees. “All of these organizations are doing good work. We need to make sure we’re getting the facts. Are their outcomes measurable? Do they have rigorous evaluation tools?”

“The reality is that we only have so much money to give,” says Brenda Freishtat, “and yet you can get so excited about each proposal and its possibilities. We try to fully fund everything we can, but the decisions about how to divide the money we have available are the most challenging we face.”

In addition to studying the grant proposals, members of The Miriam Fund try to visit as many applicants as possible, including the programs in Israel.

“Site visits are a key component of our decision-making process,” says Shapiro. “You learn so much from meeting the people who are running the organization — and the people who benefit. And, of course, some proposals give a more complete picture than others, so visiting allows us to ask all the questions we need answered.”

One member of The Miriam Fund, Debby Posin, lives and works in Haifa for a month every winter, allowing her to easily conduct site visits without making a dedicated trip.

“I had the opportunity to meet the program directors and staffs at their workplaces and to spend several hours with women directly affected by our grants. During my visit to The Leo Baeck Education Center’s University Leadership Training Program in Haifa, I met a dozen young Ethiopian women, and we had an engaging group discussion about the challenges they face as college students. I could see and appreciate the positive effects of our strategic philanthropy.”

Freishtat remembers the feeling she had after a site visit to an organization that supports high school girls in Lowell. “You come away really charged with how serious the people running these organizations are and the kind of problems they’re working with. We sometimes forget what a rarified world many of us live in. We were crying when we left because we were just so moved by how kind, caring, and thoughtful they are and what an incredible job they are doing.”

After the site visits, each committee holds discussions to figure out which organizations to fund and the amounts of the grants awarded. These discussions show that it’s not just the grant recipients and their beneficiaries that feel the impact of The Miriam Fund.

“Although I have been working as a professional in law and business for more than 30 years, and despite all the progress we’ve made now that we’re in the 21st century, I have still found that it is not as easy for me to be heard or to become a leader when men are also involved in an organization,” says Akerson. “This all-women’s group that prioritizes working together feels very different.”

Lynne Delise, a Co-chair of the grants process, agrees that it’s an issue that many women have faced. “When you sit on a board that’s men and women, there are certain dynamics at play between the sexes, particularly with the ways that people were raised in terms of their gender expectations. The Miriam Fund, on the other hand, is an incredibly diverse group of women of all different ages and walks of life, and yet everyone is on equal footing. Everyone is welcome as they are.”

“In The Miriam Fund,” says Shapiro, “everybody is created equal, and everybody is treated with respect, no matter how much you contribute or what kind of leadership skills you came in with. We have an impressive group of women, but the attitude is that everyone has a voice around this table and that everyone’s voice matters.”

Rolling up our sleeves

Members of The Miriam Fund are continuing to discover new ways to have an impact on the lives of women and girls, whether it’s through the diversity in applications they receive or in an Open Circle Jewish Learning group that some members created to study together.

"The reality is that women and girls still face serious economic, social, and emotional challenges in 2018," says Delise. "And many people don't realize that there's still a lot of work that needs to be done."

Even so, the women of The Miriam Fund know how much of a difference their work together makes. As Carner says, “My dollars, while small, get pooled with everyone else’s. Watching my impact is like throwing a small stone into a pond and watching the circles expand, and it is tremendous.”

The Miriam Fund’s opening event is coming up on Monday, October 15. If you want to learn more about The Miriam Fund or becoming a member, visit cjp.org/miriamfund or contact Cindy Rubin at cindyr@cjp.org or 617-457-8589.