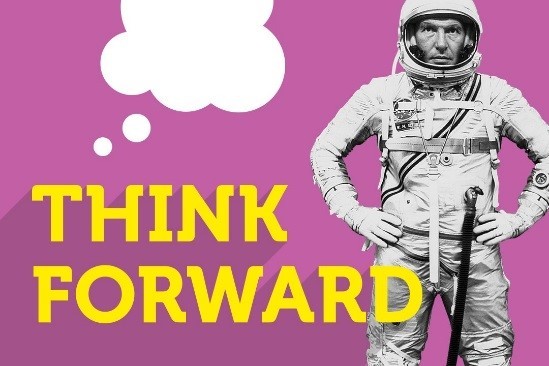 Recently, leaders from Jewish Federations from North America gathered for the General Assembly conference in Washington, D.C. Addressing the “Think Forward” theme, speakers ranged from Israeli Prime Minister Netanyahu, to former Meet The Press host David Gregory, to actress Debra Messing. Now in its 20th year, the General Assembly provided a prime opportunity for CJP’s new Chair of the Board, Neil Wallack, to reflect on the challenges and opportunities that lie ahead in his two-year term.

CJP NEWS:    What issues were front and center for both federations and the Jewish communities they serve at this year’s General Assembly?

We discussed engaging the next generation and we celebrated the now half million Birthright participants. That’s pretty amazing. 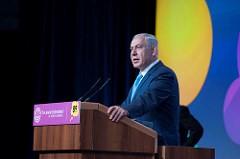 We talked about the challenges and threats being faced in Israel right now.  We heard from Prime Minister Netanyahu, which was obviously in conjunction with his visit to the White House and we thought about ways that our American community could support Israel.

There are a lot of challenges facing Federations themselves--changing donor models; how to engage, develop and retain top talent; and considering our evolving role within the Jewish community. The GA is such an important opportunity that brings together a cadre of inspired, engaged and passionate leaders.

CJP NEWS:    How is CJP a leader on shaping the issues?

I think with Barry Shrage’s inspired leadership we have led by example for many years. We have become an important leader in the Federation world on several important issues.  For instance, when we started working in Haifa, we chose to do more than just give money. Instead, we created the Boston-Haifa Connection which partners with the agencies and people there, and we actually have a staff person who is based in Israel.

We’re also leaders on the topic of lifelong learning. My wife Lisa and I arrived in Boston in 1993 and even at that time, Barry was really focused on a renaissance of Jewish learning. It’s had an impact on intergenerational engagement and it’s become a major focus at the national level, at JFNA.

I think what we’ve shown is thoughtful programming and partnerships lead to engagement of the community, and it’s increased the campaign as well. Boston’s donor campaign is one of the largest in the country; it’s consistently robust and consistently growing, even through difficult times. It’s critical that we continue to share our challenges and our successes at the national level.

This is a question that I ask our leadership every time I meet with them. There are always ways to improve on all fronts, and I think we try to do that effectively.

But ultimately, I think we always have to be thinking about how we increase our penetration by that next 1%, so that we are always bringing in that incremental field of leadership, donors and inspirers.  How do we reach that next person who is sitting today in the proverbial “back row” and waiting to be engaged? Think of the capabilities that come with that next 1%!

We haven’t been afraid to fail; we try new things and we try to come up with big ideas. We develop these in partnership with the professionals and the volunteers. We take the risks even though sometimes we won’t be successful and we’ll need to change course. I think that is an important model.

CJP NEWs:     What would you like to accomplish with the Board in the next couple of years?

There are of course many things, but we’re concentrating on five areas.

For one, we’re not trying to reinvent the organization--we’re trying to improve on what we do so well. So we’re putting resources into new initiatives like the Anti-Poverty Initiative that launched in September, and other core programs and partnerships.

We’re also grappling with the changing donor model and how to engage our volunteers.
We need to ensure that donors are engaged with funding our core programming, that they realize in addition to designating gifts [for specific programs] that there is a lot of great and creative work that we do as part of our core business. If you do that, volunteers are also more likely to want to be involved because they will know that they are a part of solving problems.

Also, we’re thinking about more than just the Annual Campaign, about long-term, legacy giving. A generation from now, we want to ensure that we’ve created a model that makes CJP a more sustainable organization that can plan more comfortably for the future.

We’re shining a bright light on something that has long been part of CJP’s mission, but has become incredibly important now, and that is Israel Advocacy on campus. There’s a rampant anti-Semitism, anti-Zionism, and BDS (Boycott, Divest, Sanctions) movement on campus that we can’t fully solve. They are creating impressions for people who will become adult members of the community and it’s very dangerous. It’s a problem for which we have to figure out the most effective way to use our resources to stem the tide.

And finally, we’re working on organizational continuity to make sure we have the best people in the right places with an eye towards the future.