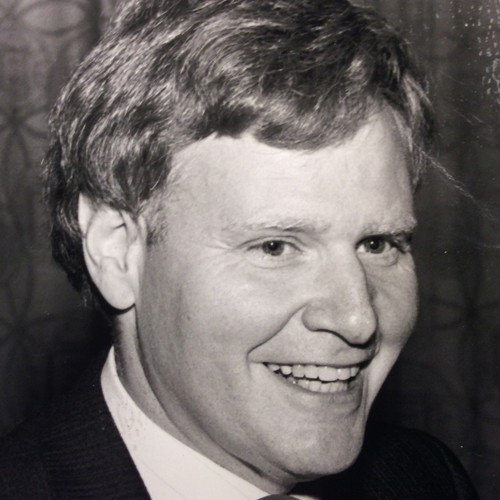 One intrepid CJP employee recently made the trek down to CJP’s basement and uncovered a lost file featuring one of the first interviews with Barry Shrage from September, 1987. As we prepare to celebrate Barry’s 30+ years of leadership, enjoy this blast from the past!

Q: What was your view of Boston from the “outside”?
Shrage: The opportunity to work in Boston is an exciting prospect. This city and its Jewish community have an extraordinary history and a marvelous reputation. There is enormous potential in terms of human and material resources. The cultural and intellectual life sparkles. Its creative past is prologue to its future achievements.

Q: How would you harness Boston’s great resources?
Shrage: In any number of areas: The Jewish community is known throughout the country for the excellence of its agencies’ social service delivery system. The community also has tremendous academic resources in regard to social services. Putting these two elements together, as we have done increasingly, is a formula for increasing and enhancing the quality and quantity of these services. For example, CJP and its agencies, working together, have done significant work in developing cooperative new programs for the elderly. The kind of creative academic resources in the geriatric area that CJP has access assure future dramatic breakthroughs such as our recently issued Guide to Long Term Care Insurance.

Q: How do you see your role in the next year?
Shrage: Spending a lot of time listening to people. I’ve started to meet key lay community leadership, I’ll be meeting with agency directors and presidents to get their views on the best direction for the community. I’ll touch base with academic resources to ascertain their vision for this community. I want to push forward the frontiers of my own thinking in regard to Boston’s direction and potential. I also want to spend time getting to know CJP’s outstanding staff, which has done a great job. I want to be responsive to their ideas and personal growth objectives, both of which strengthen the Federation.

Q: What are your personal values for a full Jewish life?
Shrage: A deeply ingrained characteristic of Jewish life in America is its diversity. Therefore, it would be presumptuous of me to provide a single formula for a full Jewish life. But I would suggest one indispensable ingredient: it should be passionate. Whatever kind of Jew you wish to be, however you wish to relate to this beautiful, full, complete, rich tradition, passion is a key to making it come alive; passion is the key to transmitting it from generation to generation as a deep value system that fills and fulfills many, many parts of your life. So, in a secular sense, the commitment to social justice or Zionism should be enriched with the context of the Jewish tradition that illuminates it. And Jewish religious life, whether it is Reform, Orthodox, Conservative, or Reconstructionist, should be lived and enjoyed to its fullest.

Q: You’ve now had an opportunity to meet with some of the leadership in the Boston Jewish community. What impressions have you formed?
Shrage: These are people who believe that Boston should be a leader in the American Jewish community. They are committed to every aspect of Jewish community life. They are active in their congregations, in AIPAC, in Israel Bonds… in all relevant causes. They are committed to establishing and maintaining a vibrant Jewish life in this community and making it a model for the rest of the country. They believe, as I do, that while the community has done great work, the full potential has not been reached.

Q: Are there any particular areas where you put priority?
Shrage: There are a number of priority areas. First, we must develop adequate material resources. Our campaign has been growing at the fastest rate of any campaign in the country, but we still have a long way to go to reach our potential. Fulfilling that potential is high on the list. Our endowment fund has expanded greatly over the last few years, but if we’re going to carry out the productive experiments needed to reach our goals, it must expand at even a faster rate.

Q: Recently, there has been a spate of stories about the disaffection of American Jews with Israel because of the Pollard affair and the “What is a Jew” controversy. How do you view that?
Shrage: I don’t believe that there’s a widespread disaffection with Israel. I remember a survey that allowed people to choose from a variety of responses, asking them how they felt about Israel. A significant number of Jews said that if something happened to Israel, it would be tantamount to the greatest personal tragedy of their lives. I think that’s the kind of commitment Jews have to Israel. That doesn’t mean we must agree with every single thing that Israel does; we do not. But I think most Jews recognize that Israel remains an embattled country, and many of its problems flow from that fact of Israeli life. Even so, it’s a country that shows far more tolerance for religious pluralism than any of its neighbors. Surely it respects the democratic tradition. Not an easy task when you are under siege by hostile neighbors. I believe the commitment of American Jewry to Israel is absolutely unshakeable. We did a survey in Cleveland of 18–29 year olds during the Lebanese incursion. Over 90% expressed the strongest possible commitment to the state of Israel, even during that very difficult time. I think that’s true today and will be true tomorrow.

Q: On that point, statistics show that at most, a little over one third of American Jews have ever visited Israel and Boston is about average in that category. What do you think of that figure generally, and what ideas do you have to up the percentage in Boston?
Shrage: I think an experience in Israel is one of the most important Jewish identity building blocks we can give our children, and it’s one of the most spiritually meaningful experiences that we can provide for ourselves. We cheat ourselves if we don’t make that trip. There are a variety of things that we can do, but my personal dream would be to see a trip to Israel become a standard experience for every one of our Jewish children when they reach confirmation age. We spend lots of money individually and collectively on the Jewish education of our children. One of the best investments that we can make would be to see that our congregations and day schools have the resources to build a trip to Israel into their education program for every one of our children.

When I was in Cleveland, I participated in the creation of a program called the Israel Incentive Savings Plan, which won a CJF Shroeder Award. It was a partnership between the Federation, the parents of Jewish school age children, and the congregations. The Federation put away $80 a year for every child enrolled, the congregations $50, and the parents $100 a year. When I left Cleveland, there were 600 youngsters enrolled in that program. That’s not the only model available, but it’s a good one. One thing is certain: the Israel experience for children and adults is a must in assuring Jewish continuity. Therefore, we need to think about expanding our mission programs and using it to take those who have never been to Israel.

Q: What do you think CJP’s role should be on the Soviet refusenik issue?
Shrage: CJP working with the community relations organization has a very important role to play in letting the Soviet government know how important emigration and cultural freedom are for the Jewish community and for the human rights goals of the United States.

It would be fantastic to have a vastly extended one-to-one lifeline program of missions to the USSR, such as the two we sent last year. Our going over there and offering our hands to our brothers and sisters, even those who might not want to leave their homeland, is bound to enrich the Jewish cultural life in the Soviet Union. That alone is a fantastic opportunity. You have to remember that one of the triggers of the Soviet Jewry movement within the Soviet Union was the presence of Golda Meir in Moscow and the events of the Six Day War. We should be there for our people.