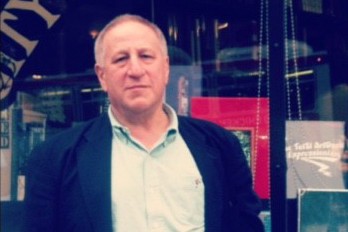 In my many years of involvement with the Jewish community, I have always been most interested in the ways those of us in the Diaspora relate to Israel. While I hold strong views about issues related to Israel’s internal policies and its relationship to its neighbors (views sometimes at odds with that of various “mainstream” Jewish organizations), I am also equally committed to engaging with the Jewish State in meaningful ways. I have always felt that it is important for that connection to be felt and experienced by each member of the American Jewish community. It’s certainly an aspirational goal, but I feel strongly that there is something in Israel for every Jew here in the U.S. Regardless of political persuasion or interests, Israel and its people provide ample opportunities for rich and meaningful connections.

I have watched with great sadness what has taken place in the Boston Jewish community and beyond over these last years. The challenges we face when engaging in conversations about Israel have had far-reaching effects. Many in our community have experienced civil discussions about Israel that become difficult and, at times, unpleasant, devolving into ad hominem/feminam attacks due to the strong feelings that surround this issue. Similarly, data has shown that many clergy and others of considerable influence have been staying away from discussions about Israel because the topic was simply too “toxic.” This has led many of us to avoid the topic altogether.

This is particularly true for young people (including my 27- and 31-year-old daughters). I have seen them simply shy away from any discussion about Israel because there is too much “noise” when the issue is discussed and because they see older, engaged adults unable to have civil conversations on the topic. They can even feel discouraged from asking difficult questions about Israel and the U.S.-Israel relationship. Our next generation is becoming more and more alienated from engaging with Israel.

So it was with great pleasure and gratitude that I learned of and participated in CJP’s CommUNITY Israel Dialogue. This effort encourages and enables members of the Jewish community to engage in productive, thoughtful, and respectful conversations around issues related to Israel with a variety of perspectives. It is helping us all voice our views as well as listen — really listen — to the views of others with whom we might have significant disagreements. This initiative could not have come at a better time as this year marks a variety of significant historical moments including 100 years since the Balfour declaration, 70 years since the U.N. voted to partition Palestine into a Jewish state and an Arab state, and 50 years since the Six Day War (or, as some of us would also note, the Occupation).

Very simply, this initiative was designed to “enable productive conversations around the issues that matter to us as a community.” In my experience, it succeeded in many respects. I was encouraged to see CJP take on this issue and to do it so thoughtfully. While I am sure it will continue to evolve and become even more effective, it is the ambitious start of an important effort.

I, along with a number of other committed members of the Boston Jewish community, was a member of the Task Force that was formed to help guide the initiative. This group comprised people with a wide range of perspectives (whether a greater diversity of perspectives could have been tolerated is an open question and one with which the Task Force struggled). There was no doubt in my mind that the commitment to the objectives of the initiative was shared by all.

The CommUNITY Israel Dialogue was kicked off earlier this year with a tribute to the life and legacy of Shimon Peres, one of Israel’s founding fathers, which brought out many in our community. A number of Town Halls followed with trained facilitators who guided the discussion—to a minimal extent — and helped participants have a productive discussion. I was pleasantly surprised by the willingness of everyone at the Town Hall I attended to not only express their views but to listen to the views of others which were often at variance with their own. It was an important moment for me when I faced people across the table who had very different views from mine but who, without exception, truly came to listen and express what they honestly felt was in the best interest of Israel. There is no doubt that putting people in a setting which allows and encourages them to express their views, knowing they will be heard with respect even in disagreement, is a valuable contribution to creating a Jewish community that is more engaged with Israel.

There is undoubtedly much more work that needs to be done. However, the CommUNITY Israel Dialogue has provided an important first step. I have no doubt it will continue to provide opportunities for all of us to feel better about our engagement with Israel and the discussions that surround it.

My thanks to CJP and its leadership for undertaking this effort. It has been and will continue to be a blessing for us all.

Geoffrey is a lawyer, former President of JCRC, former CJP Board member, and currently on the Boards of Americans for Peace Now, Abraham Fund, and the University of Haifa.