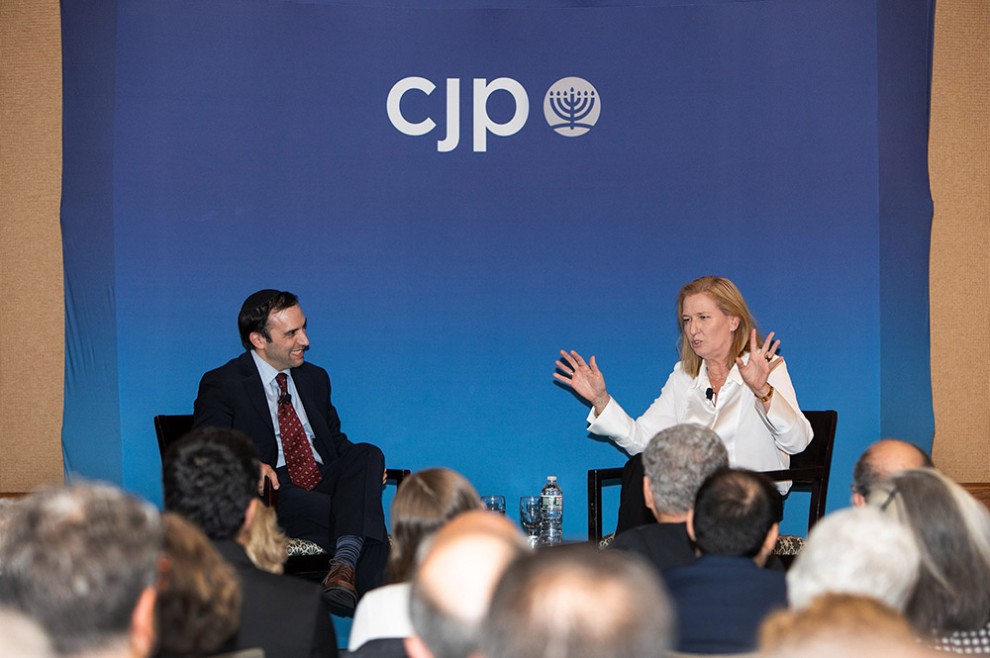 The Community Israel Dialogue had the privilege of hosting seasoned politician and former Knesset member Tzipi Livni in May for a conversation with CJP President and CEO Rabbi Marc Baker. They listened to one another’s perspectives and respectfully challenged points of view on a range of topics including Israel’s democratic and Jewish character, and its relationship with American Jewry. Throughout the evening, they modeled open dialogue for the 200 diverse audience members.

During their discussion, Marc sought to address feedback he has heard during his 360Five listening tour. Over the past several months, Marc has visited dozens of communities to hear their aspirations and concerns for our Jewish community. Many of these themes were raised in his conversation with Tzipi Livni, including that:

In the course of the conversation, Livni remarked, “Israel is a democratic state. We can criticize or oppose any Israeli policy or government, as long as we continue to recognize the right of the Jewish state to exist and its right to defend itself.” Healthy critique and debate over Israel’s policies is at the heart of the state’s democratic character. As American Jews who care deeply about the Jewish State, we too have a voice and role to play.

In a recent email update, Marc reflected on his conversation with Livni writing, “As I think about notions of global Jewish citizenship and our shared future, I believe that the medium of this conversation – respectful discussion from different viewpoints – was also the message.” Through dialogue opportunities, we can understand new viewpoints and integrate them alongside our own thinking. If we are open to hearing others and seeking out new information, we can contribute to the vision of a more inclusive global Jewish citizenry.