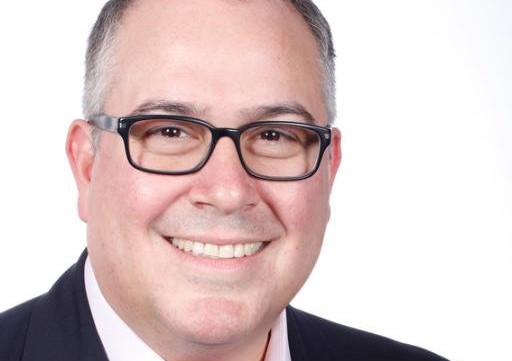 Peres chose to be an optimist despite facing various levels of opposition during his decades of public service in Israel. Peres, Nadav recalled, figured that since optimists and pessimists “all die the same way,” he would take the “glass half full” approach.

In these unpredictable and difficult times, we are embarking on a year-long effort to plot a course toward healthier conversations with each other about the ways in which we all connect with Israel. As we set forward on this path, one intention we can set for ourselves is to hear Shimon Peres’ wisdom in embracing constructive optimism.

Nadav articulated a few of the things that he learned from Peres that help him maintain an optimistic outlook for Israel and world Jewry.

First, he spoke about looking for win-win scenarios; seeking opportunities to learn and converse about significant issues together, particularly when we find ourselves in situations that appear to be adversarial in nature.

Second, he listened. Peres achieved his greatest successes when he was listening empathically, not when he was delivering a monologue based on scripted talking points.

Third, he didn’t dwell on past failures. Perhaps the ultimate key to Peres’ success was his ability to put the past aside to secure the future he hoped to create. He was not deterred by setbacks and failed negotiations. He insisted on pushing forward, armed with the belief that change would come, and that he could be a key instrument in bringing peace to Israelis and Palestinians.

Regardless of our personal politics, I believe we can wholeheartedly embrace this principle of constructive optimism.

If we are to create a more productive community engagement with each other about Israel, we will need to put aside external factors and past experiences that lead us to feel pessimistic, apathetic, and despairing when we talk to one another about Israel. We have the ability to move forward as a community with productive conversations about the Jewish state and its central role in the Jewish future.

This is a difficult task, one which involves individuals letting go of pre-conceived notions that are often deeply rooted in historical narrative and personal experience, stopping to truly hear each other’s perspectives when we would rather not, and shutting out the voices that say having a conversation about Israel is so difficult it isn’t worth our time.

For us to succeed, we will need to acknowledge that the significance of this challenge attests to the importance of the task at hand. We can help provide answers for those who are stuck wondering how to move forward. We can be models of civic discourse, unity, and optimism in a time when these qualities are in too short supply. We need only to take responsibility for our community here in Boston.

After hearing Nadav, I was left with the following thought: we cannot afford to wait for “things to get better” before we become optimists. The burden is on us to bring optimism into the world and that starts within our own community.

It is important to understand that Peres saw this as a choice that we make — between optimism and pessimism.

Some people today are experiencing that same choice, while others are more personally attuned to the tension between optimism and apathy, or between optimism and despair. Sitting in the audience I found myself inspired by the emphasis on optimism. If we as a community embrace the principles Shimon Peres espoused and that Nadav Tamir shared with us last week, then we have reason to be optimistic about our communal conversations about Israel.

Read more about the CommUNITY Israel Dialogue, including a list of our 60 partner organizations and upcoming events.