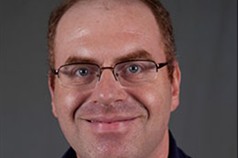 Each event is a milestone that connects us to collective memory, reverberates in the modern context, and sparks commentary on the meaning of the event today. These anniversaries spark questions that continue to have relevance: when thinking about Israel, how does one balance international perceptions of Israel and Jewish communal imperatives? Compromise and principle? Peacemaking and security considerations?

As a Jewish day school educator at Gann Academy who teaches both American history and the history of Zionism and the State of Israel, I continuously contemplate the best way to help students grapple with history’s questions in order to make meaning and discover their own positions.

With my colleagues on Gann’s Israel Education Team, we have developed a program called “myIsrael” to help students find connections, increase their knowledge, and consider their own stance on controversial issues. Through travel to Israel, exchange programs, and classroom study, we want students to feel connected to Israel and Israelis and to be invested in the future of the society. We want them to learn more about the history, language, culture, and land, acquiring usable knowledge that will deepen their understanding.  With a foundation of connection and knowledge, we want students to develop a stance on Israel that will lead to their civic engagement.

Earlier this month, our 11th grade students wrestled with the issue of the pluralistic and egalitarian prayer space agreement at the Kotel reached by the Israeli government in January 2016 and the aftermath that has continued as the agreement has failed to be implemented.

When students return from traveling in Israel and spending time with religious and political leaders, their direct experience informs their views on the values and tensions around who should have a voice on the Kotel issue. Is the status of the Kotel to be decided by the Israeli democracy alone? Should diaspora Jewry have a say in the nation state of the Jewish people? We asked students to imagine being in conversation with Prime Minister Netanyahu and Jewish communal leaders about how to approach these issues. By practicing these critical thinking skills and participating in the debate, our graduates will be prepared to engage in these conversation as leaders in the not-too-distant future.

Thanks to the support of CJP, my colleague Rabbi Jethro Berkman and I have also shared these ideas to parents and adults in our community, many of whom have participated on past CJP missions to Israel.

Through a three-part mini course entitled “Israel 101b,” we connect participants to foundational knowledge about Israel and show how these facts affect key stances.  Each session features role playing where participants answer big questions related to Israel: we act out a debate between Ben-Gurion and Jabotinsky as they decide how to respond to the Peel Commission; we imagine the Israeli Cabinet discussion in the aftermath of the 1967 War, and participate in a contemporary exchange between supporters of one state or two state solutions.

These projects resonate with and are supported by the important work that Resetting the Table is doing to foster the CommUNITY Israel Dialogue Initiative. Whether our interlocutors are students, parents, colleagues, family, friends, or neighbors, Resetting the Table has effective protocols that provide the framework for meaningful conversation.

As a participant and observer of their programming, I can attest that Resetting the Table beautifully models how connection and knowledge are the foundation of stance. Their programs foster both active listening and open questions about the existential hopes and fears of participants.  I look forward to continuing to work together to draw on the expertise of Resetting the Table to foster these important conversations for our students, parents, and community.

The calendar will soon turn to 2018 and we’re only months away from marking Israel’s 70th birthday. In Jewish tradition, the number 70 symbolizes wisdom, the nations of the world, and the many faces of Torah.  May this 70th year be one in which we are blessed to connect with others, grow in our knowledge, and find our place at the table.