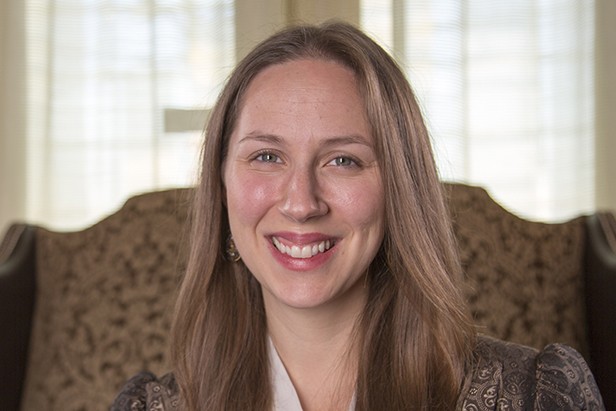 I needed another commitment like I needed a hole in the head. And I thought I needed another conversation about Israel like I needed a hole in the head. But this past fall I said yes to being on the Task Force to help guide the new CommUNITY Israel Dialogue that CJP is rolling out to help Jews in Boston talk about Israel in a constructive and respectful manner. Because despite being about to welcome my second child, and already feeling like I had a lot to juggle as a parent and a professional, it was time for me to not just orchestrate these kinds of conversations but to actually take part in them.

My full time job is working with Wexner Israel Programs at Harvard Kennedy School, where I  help our Wexner Israel Fellows and Wexner Senior Leaders connect with the Jewish Community of North America and wrap their head around what makes us tick. I’m often privy to dynamic meetings with exchanges of opinions on the many ways that Israel plays into Jewish identity. But I rarely put my own opinions in the mix. Three years ago when I was getting started in this position, I traveled to the General Assembly of North American Jewish Federations with the Wexner Israel Fellows cohort and attended a session led by Resetting the Table, the organization CJP is partnering with on our current community initiative. It was a rare moment when I did put myself into the conversation, however I was so preoccupied with marveling at the format of the discussion that I can’t remember much of the content. I was struck by the ability of our table facilitator to get a group of Jews, diverse in age and political alignment, to not just talk to each other, but to really listen to one another.

Part of why I agreed to work on this is that, having had the good experience at the General Assembly, I knew this was a program that could deliver a high quality experience for our community. And indeed I got to see that in action. About a week ahead of the formal launch (an evening that paid tribute to the late Shimon Peres who embodied the values which the CommUNITY Dialogues program seeks to promote) 40 community members gathered at our first Town Hall to start the dialogue. With facilitators who came in from NY (part of CJP’s program will include training local facilitators who can continue to more easily serve our community going forward) participants were invited to select a table in the Hebrew College cafeteria that corresponded with a topic of conversation that interested them such as: Settlements, borders and possible resolutions of the Israeli-Palestinian conflict? What is the significance of the Six Day War from the vantage point of 2017? What should be the boundaries of “legitimate” and “illegitimate” criticism? I opted for the latter and met at my table Jewish professionals, lay leaders, and even an Israeli, all representing the political spectrum regarding our opinions on Israel.

In our first go around we were asked to not only share our name and the usual introductory information, but to briefly touch on how the issue impacted us as an individual. This was such a personal way to begin the conversation that allowed us to step back and get a bigger picture of the topic before we jumped in with opinions. Our facilitator then asked us to share an experience that illustrates what is important to us regarding public criticism of Israel. This let the conversation be different than any I had been in before and I really opened up about my own frustrations and fears and was able to listen to those who were sitting with me - they had quickly become people I could relate to as people, no matter their opinions, thanks to this format. After that it was up to us to determine what we wanted to discuss with the group. By having started with our personal histories rather than facts and figures that we could spew at each other till the end of time, it allowed us to really listen to each other and have empathy in doing so. That doesn’t mean any of us changed our mind! But we created a space where differences could be voiced, and where we could really hear each other.

This all gave me so much energy for the work I do, and for the relationship I continue to grapple with and build with Israel. It gave me hope for the future of this program, and for the future period. I have little doubt that what we are getting this year through CJP is of the highest value, and that you will walk away with a special, impactful experience. I’m sure you will feel that it was certainly worth overloading your schedule to make it to the next Town Square on Sunday April 30 (3-5pm at CIC Boston, 50 Milk Street, Boston), where you can put yourself into the conversation.