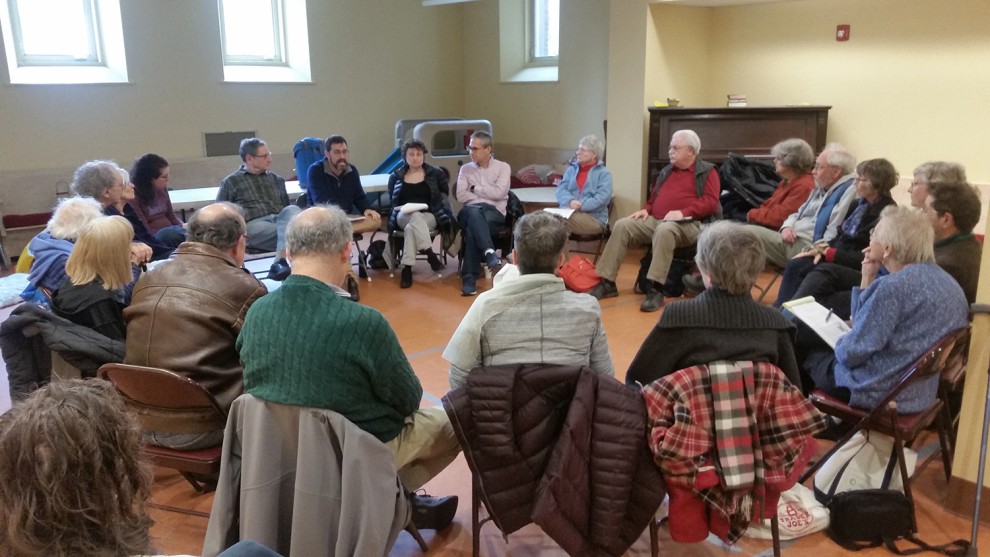 The conversation began with an audible sigh, followed by an hour of mumbling, unfinished sentences, and more long, heavy sighs. I was on the phone with a colleague, discussing an upcoming program as the results of Israel’s April election were being tallied. I could tell my conversation partner was frustrated. She wasn’t happy with the election results and could hardly hold back her dissatisfaction.

Realizing our planned agenda could wait, I tried to engage her in conversation around the election. Yet, each conversational volley ended with a sigh and a pessimistic remark. Oddly enough, our conversation was an hour long, and not once did we discuss what was bothering my colleague. What did the election results mean to her? What hopes and fears motivated her thinking? Why was she so upset? I hung up the phone feeling defeated. We spoke for an hour without having a real conversation.

Later in the week, I had a similar encounter with a very different outcome. I was speaking with a community member who shared a similar dissatisfied feeling about the results of the election. Instead of the sighs and mumbles, he shared why he was disappointed. He discussed his beliefs, what he hoped for, what he feared, and most importantly, what he felt he could do to respond. He spoke of his desire to understand the feelings of his fellow community members, and even suggested we gather for dinner to continue the conversation. He shared that he felt it was important to speak with one another even if it wouldn’t change anyone’s point of view. When I hung up the phone, I felt curious and energized. I may not have shared his views, but I felt I’d learned something about him, and in turn, about my own perspective. We had a conversation.

With Passover on my mind, I can’t help but reflect on the power of speaking instead of sighing. I think of Moses, cast out of Egypt, filled with dissatisfaction over the treatment of the Israelites, and isolated from the Egyptian family who raised him. It’s not surprising to learn Moses is a man of impeded speech, someone who may have been tempted to sigh and to mumble when life and speaking felt too hard. Yet, it is when G-d calls Moses to “diber el Pharoah”- to speak to Pharaoh - that both Moses and the story of the Israelites begins to change.

Working with facilitators, Resetting the Table, through the CommUNITY Israel Dialogue Initiative has shown me time and again that speaking our minds, even when we are upset, or scared, is more impactful and productive than any well-timed sigh or eyeroll. When we explain our feelings and share the values behind our beliefs, we give others an opportunity to understand why we think like we do. We invite others into conversation, rather than spread discontent and frustration. And like Moses, we may be surprised to find that when we finally decide to speak, our story begins to change.