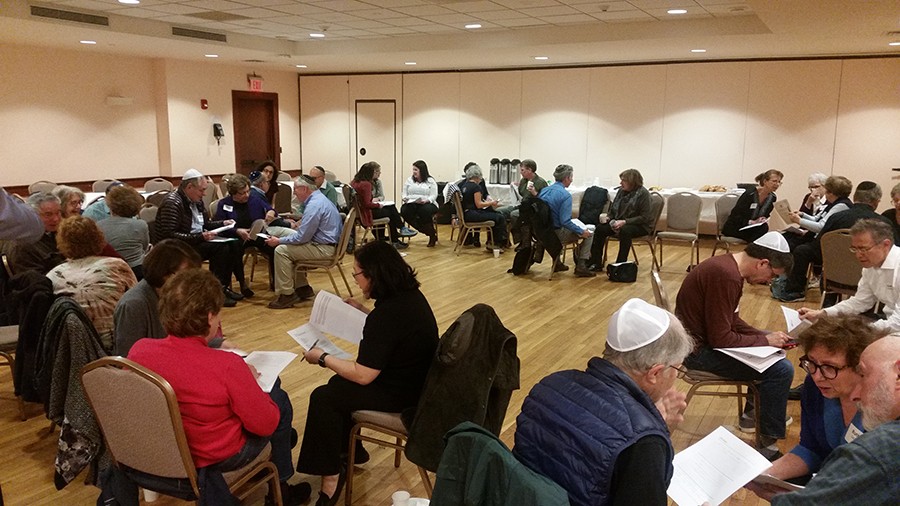 Step into an Israel conversation anywhere in Greater Boston, and I bet you’ll hear one of these statements:

“Our rabbi is left of center, but I’d say our shul is more right-wing…”

It’s nearly impossible to talk about our community’s relationship with Israel without the labels left, center, and right finding their way into the conversation. And with good reason. Labels are powerful tools. They help us move quickly through conversation, relaying large amounts of information through a set of shared assumptions. It’s much easier to say someone is right-wing or left of center than to rattle off a list of beliefs. Yet, labels can be limiting. While they may tell us what a person believes, they very rarely tell us why the person believes.

Earlier this month, I was alerted to this truth at a CommUNITY Israel Dialogue program in Newton. Gathered on a Sunday afternoon, a group of active and engaged congregants sat together, excited to talk about Israel. Our facilitation partners, Resetting the Table, began the session by asking what people were hoping to learn. Many eager hands shot up, and people quickly turned to their labels. They identified their political leaning and that of their opponents and asked what they could do to bring people over to their side. I was curious to see how Resetting the Table would respond to so much enthusiasm around us vs. them tactics.  After a brief pause, our facilitator thanked everyone for their enthusiasm, and then took them in a completely different direction.

For three hours, the group shared emotional memories, expressed deeply held values, and publicly shared political opinions, issue by issue. And just like that, suddenly labels were rendered useless. The terms left and right where much murkier, now that previously unified cohorts could see a full spectrum of difference within their own side. And so many deeply held values where found to be the same motivator for beliefs on the left and the right. One participant remarked how powerful it was to realize that both she and her conversation partner shared the same motivating values, even though they came from different political labels.

When we group people by labels, we miss the opportunity to see them for who they are. Complicated, nuanced individuals, motivated by emotion, experience, and values. When we stop relying on ready-made labels and instead try to understand what another person believes, we get to see the why of their beliefs, and this is where I believe the conversation really begins.