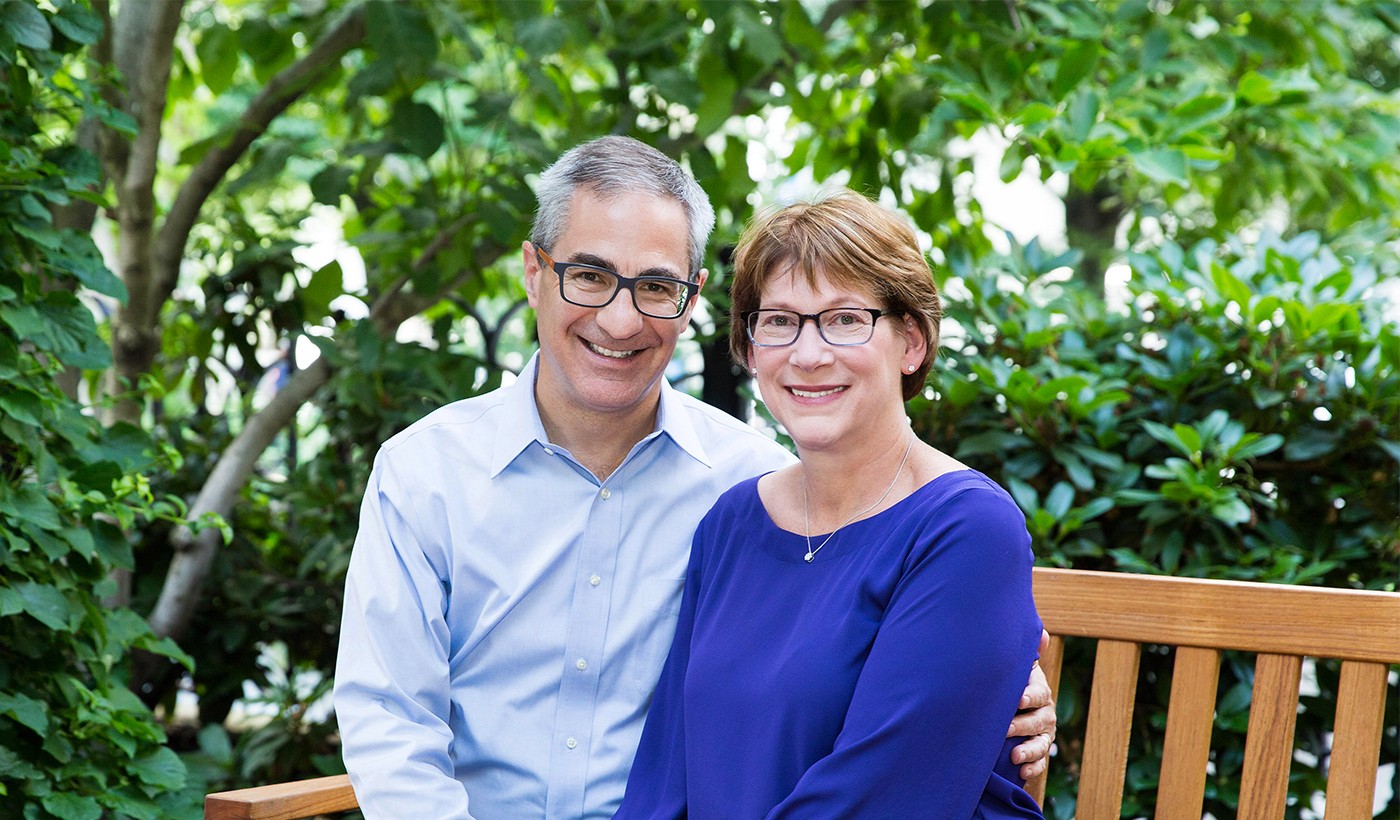 Planning to Make an Impact

Since moving to Boston 31 years ago, Bill and Lauren Gabovitch have invested time, expertise, and financial resources in their Jewish community. This year, they found an additional way to leave a legacy and make an impact for generations to come.

With their daughters grown and living independently, Bill and Lauren decided it was time to update the will they made when they were just starting out as a young couple. “We wanted to provide for our family, but also make a gift that was meaningful and would model our values for our children. Many people think a bequest must be a huge amount, but it doesn’t have to be,” says Lauren.

They both feel strongly that their responsibility as Jews is to participate and give back to their community, and a planned gift was a logical next step. “Our plan is pretty simple—we don’t have teams of accountants and lawyers,” says Bill, “but I’m a big believer that everyone—with all sizes of resources—can support their Jewish community.”

They both feel the planned gift they made enhances the hands-on work they do in the community and have directed part of their bequest to support the CJP/JVS Scholarship Fund that provides need-based grants and interest-free loans. “I’ve served on the scholarship committee for 18 years,” says Lauren, “so I know the concrete difference we can make in people’s lives. For me, this gift is personally meaningful.”

While the Gabovitch’s support several organizations with time and resources, they say a planned gift to CJP gives them confidence for the future.

“CJP exists because community needs will change over time, and we trust that they will adapt and do the right thing,” says Bill. “Jews have an obligation to make the world better, and I’ve found that through CJP I’m able to do that.”