Ever since CJP launched the Shinshinim Young Ambassadors Program, local families, schools, and congregations have witnessed the power of person-to-person connections with Israel. The Shinshinim (a play on the Hebrew words, Shnat Sheirut, meaning “year of service”) program brings recent high school graduates from Israel to Greater Boston for a year of community building and learning. During their stay, they live with local families, an experience that broadens perspectives and strengthens a shared sense of community for the families and their new Israeli friends. Recently, we spoke with past host parents to learn how the Shinshinim have made a lasting impact and helped to strengthen their own sense of Jewish identity and Peoplehood. 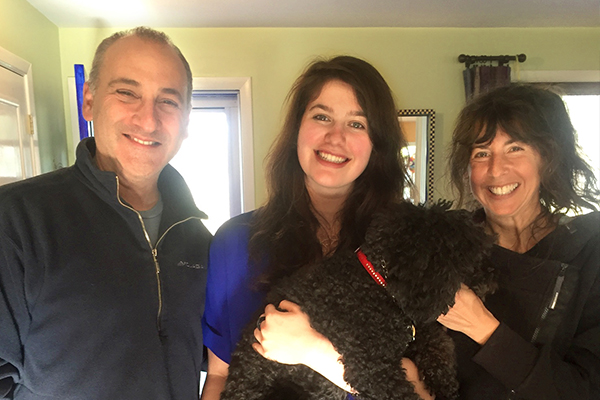 Laurie Kallus and her husband, Ross Taylor, say that having a Shinshin live with them in their Needham home opened their family to new perspectives and deepened their connection to Israel.

“It’s impactful in both directions; it was great for my kids to see what this young person from another country is doing, and Yael said she noticed how in the U.S., we have to make an effort to create our own Judaism, whereas in Israel, it’s almost provided for you,” says Laurie.

During their year of service, these Young Ambassadors bring Israel to life at day schools, synagogues, and other community organizations as volunteer teachers before returning to Israel to begin their military service. Young, fun, and engaging individuals, they share stories from Israel through a variety of activities and lectures that reach people of all ages—from preschoolers to Hebrew School and day school students, to adults and seniors. The Shinshinim offer American Jews a glimpse into life in Israel through everyday interactions such as discussing current events, sharing Israeli music, and giving Hebrew lessons. When they return home to begin service with the Israel Defense Forces, the Shinshinim carry a deeper understanding of global Jewish Peoplehood and what it means to be part of the Jewish community outside of Israel. 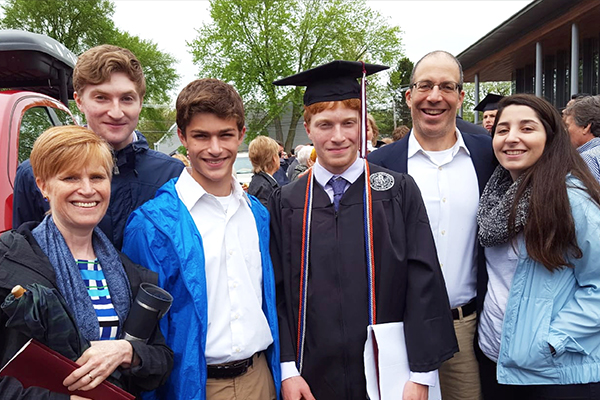 Shira (right) with the Benghiat Family

In Lexington, Gil and Ilene Benghiat say that what surprised them most about hosting a Shinshin was how busy—and how accomplished—these Young Ambassadors are.

“Shira had so much responsibility and independence,” says Gil. “She had an impact at so many levels—within a family, a temple, at the schools…she even had opportunities to meet with elected officials.” 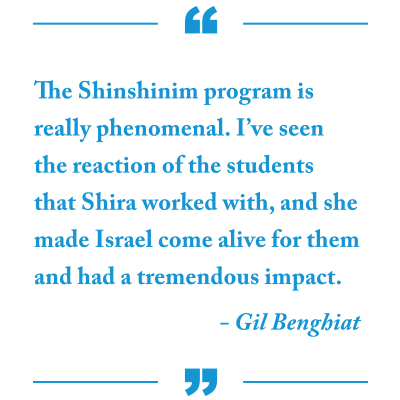 Last year’s Shinshinim Young Ambassadors program was a collaborative effort of CJP’s Boston-Haifa Connection, The Jewish Agency for Israel, synagogues, and Jewish day schools—Temple Israel of Natick, Temple Isaiah, The Rashi School, Kesher Newton, and Epstein Hillel School. Now going into its fourth year, the program has expanded to include four Shinshinim and 12 community partners with the hopes of reaching more than 2,500 people over the course of the upcoming year. The success of these person-to-person programs is driven by our generous donors, volunteers, host families, and young Israelis who are committed to strengthening our Jewish community, here at home and around the world. 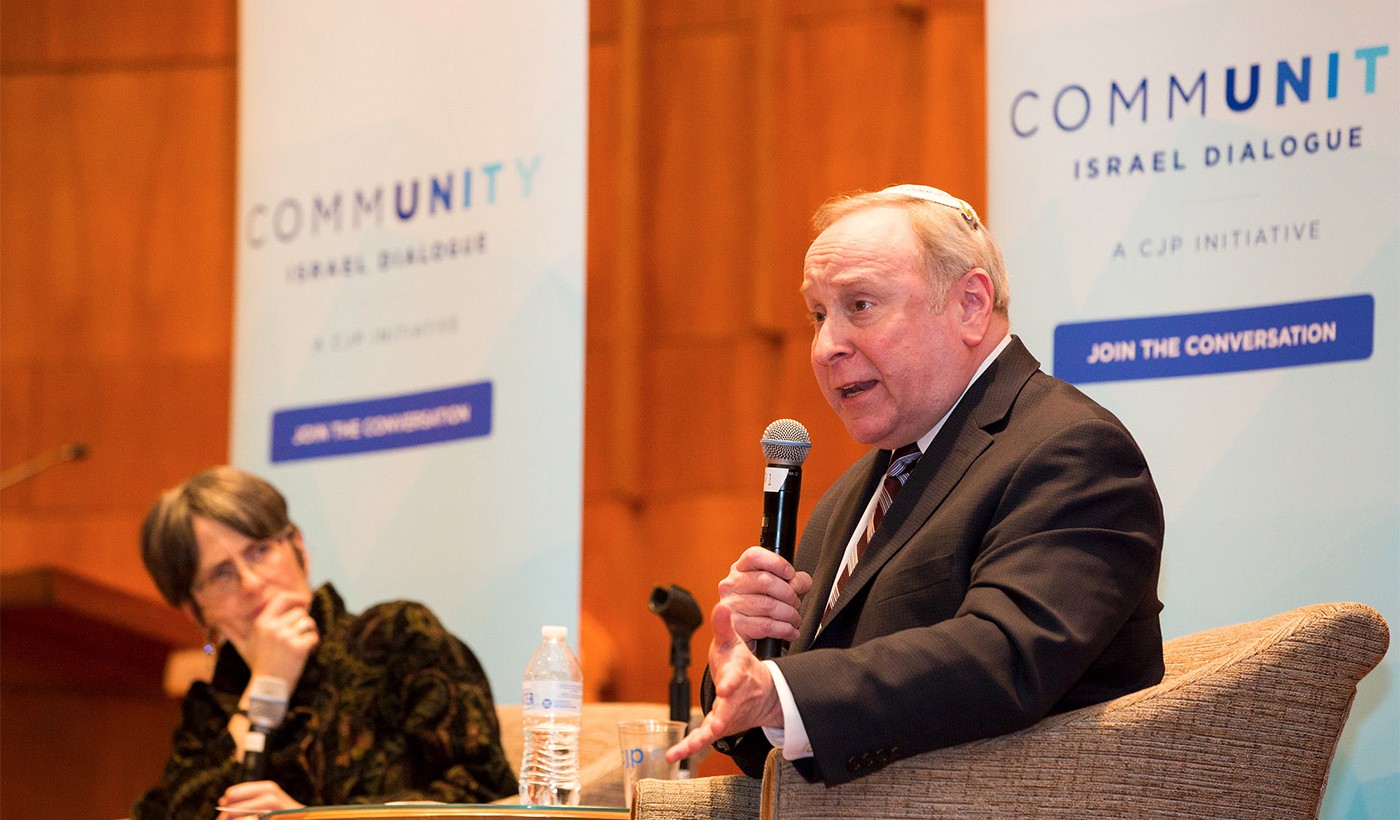 To create a Jewish community that is deeply engaged with Israel and its people, we begin at home—nurturing personal connections and inspiring people in Greater Boston to recognize Israel’s significance. With your support and that of our partners, CJP provides a variety of programs that strengthen our connection to Israel, including: