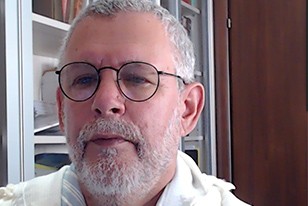 Amnon is the Co-chair of the IGJ Peoplehood Committee on the Haifa side. He joined the Haifa-Boston Connection many years ago as a volunteer on the Jewish Identity Committee, and over the years moved to the Living Bridges Committee, where he eventually became the Chair.

Amnon is a newly appointed reform rabbi from Hebrew Union College in Israel serving at a reform community in Tivon. Despite his busy schedule, Amnon invests his energy in the committee's activities. He thinks, creates, unites, acts, and cares for the future of the Jewish people and for the preservation of the Jewish-pluralistic and open tradition for all Jews wherever they are. Amnon comes to volunteer out of the purity of his heart, and he cares deeply for the human connection between the two communities of Haifa and Boston.