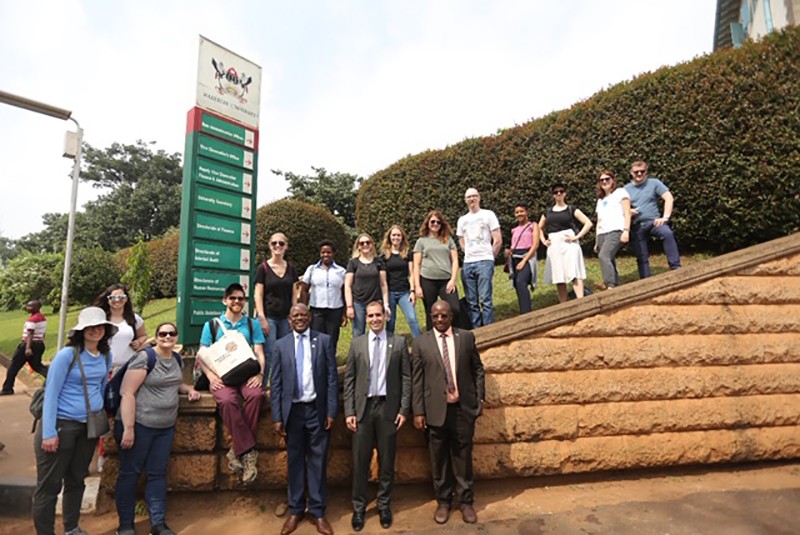 After yesterday’s super-long adventure, we didn’t have to wake up until a luxurious 7 a.m. (the latest of the trip so far!). The hotel breakfast delighted us but also confused us with the white yolk inside the egg—certainly a Google search waiting to happen.

We started our official day with a trip to Makerere University College of Agricultural and Environmental Sciences to meet with Issa Agaba, the regional head of Israel’s agro studies. Morning traffic seemed to be a bit heavy, but traveling with an Israeli deputy ambassador meant a security escort with a variety of siren blasts to clear the way. When that failed, we were able to go into the opposite lane of traffic, where the locals seemed unfazed by our special traffic rules—a benefit afforded to officials in Uganda.

At Makerere University, we were privileged to meet students from the last agro studies cohort to go to Israel and the cohort leaving for Israel this September. During our discussion, the students shared their positive experiences in Israel. Their declaration that Israelis were warm and welcoming elicited laughter from our group, but there were similar experiences to our own: the cohort valued the honesty and directness of Israelis. The cohort also humored us with stories of their fingers not working in the Israeli winter, which is significantly colder than Uganda’s winter. On the more important side of things, the cohort shared how much they learned and what opportunities were opening up to them as a result of their participation. There is an ever-increasing number of female participants, with the mantra being, “Anything a man can do, a woman can do better.”

After our agricultural meeting, we went to the art school, where we fell in love with the colorful art and detailed pottery. The final projects of recent students were displayed around the rooms and our only disappointment was that we couldn’t buy it. They captured the joy and peace of the areas of Uganda that we’ve already seen.

We ended our day with a tour of AgroMax, where we met Samuel and Silver, who participated in the 11-month agro studies program in Israel. Now, they give back to their communities by providing a home and agricultural training for young girls who become pregnant. Child care is provided while the girls receive training to enable them to become independent. The AgroMax farm grows a variety of peppers, bananas, cucumbers and lettuces using Israeli agricultural technology. The most surprising technology was the careful production of seedlings receiving the perfect mixture of nutrients so that when they are placed in a greenhouse, they are more resilient to bugs and environmental factors.

When I asked Samuel what inspired him to give back to his community, he said it was simply because it is the right thing to do to lift up others if one is in a more privileged position. As this response has been common on our trip, I asked if it was part of the culture or just a bias created by who we are visiting. Samuel’s response is that this was not always the case, but it is part of the culture of the younger generation as the country’s economy grows.

The sense of unity in Uganda (and Kenya before) continues to inspire me and makes our trip feel so warm. Many of us have expressed a desire to return and an envy of the sisterhood/brotherhood on display. At AgroMax, we met a young Italian woman who has spent three years in Uganda. She also expressed to us that Uganda feels more like a community than the individualistic nature of Europe (I’ll add “and the United States” to that). We are truly fortunate to be in the position to witness so many talented people creating a better world. Our minds are churning with how we will use this experience to affect change after our return to Boston. 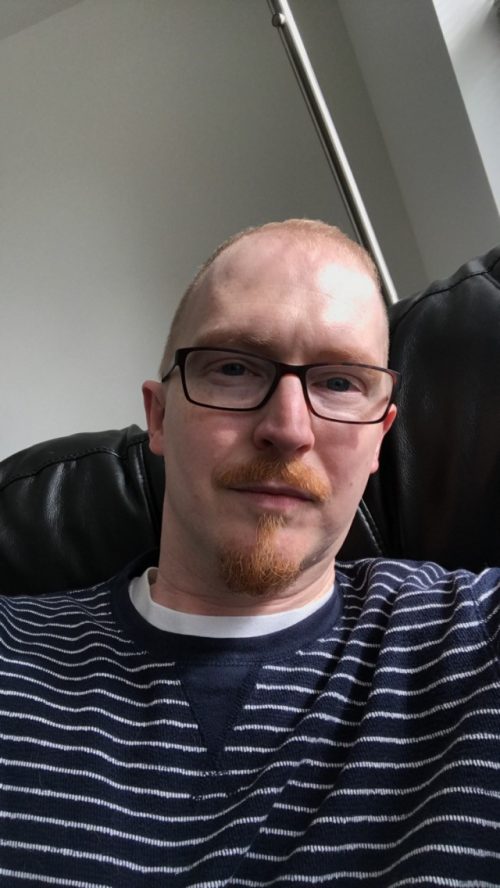 Patrick Morse is a graduate of Florida State University and is currently finishing his master’s degree at the Harvard Extension School while teaching sophomore English at East Boston High School. As a member of his school’s instructional leadership team, Patrick is part of the decision-making team that directs his school’s professional development. Outside of work, Patrick is actively involved in Temple Israel of Boston and Shirat Hayam of Swampscott. He has two chihuahuas that mean the world to him. One dog is a blind “tri-pawd” and the other comes from an abusive home and is still learning that he is now safe.