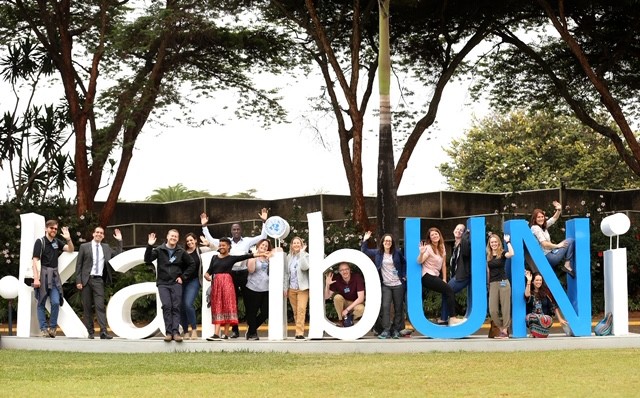 “The United Nations was set up not to get us to heaven, but only to save us from hell.”
—Winston Churchill

This message was loud and clear during Project Inspire’s visit to the United Nations headquarters in Nairobi (one of four U.N. headquarters; the others are located in Vienna, Geneva and New York). We started the day by touring the compound. We learned about the work being done by the two major U.N. agencies operating from Nairobi—the United Nations Environment Program (UNEP), which sets the global environment agenda, and the United Nations Human Settlements Programme (UN-Habitat), which promotes the development of socially and environmentally sustainable human settlements.

We discussed the roles of UNICEF and the department of peacekeeping operations in providing supplies to populations in war zones and conflict areas and visited the assembly hall where representatives of all 193 member countries gather to discuss various issues. We also had the pleasure of having a discussion with H.E. Ms. Lori Peterson, U.S. permanent representative to the Nairobi headquarters, and Nasser Ega’Musa, director of the United Nations Information Center. Each presented their roles and discussed the challenges facing the U.N. and the future of sustainable development in East Africa.

In the afternoon, we met the fascinating Gilad Millo and heard his unusual story. He is the son of a former top diplomat in Israel who spent most of his childhood living in different countries. As an adult, he started a band, became an Israeli diplomat and served as deputy ambassador of Israel to Kenya and then left diplomacy to pursue parallel careers in agrobusiness and music. Today, Millo is one of the most famous musicians in Kenya. His debut song, “Unajua,” placed him in the No. 1 spot on radio charts for seven weeks. He won several awards in multiple award shows across Africa, and is cooperating with leading musicians all over Africa and Israel, so stay tuned!

To welcome Shabbat in Kenya, we gathered to light candles and sing Shabbat songs right before heading to the only synagogue in Kenya (!) where we participated in a Shabbat service, dinner and mingling (or mingle, mingle, mingle) with the local Jewish community. What an incredible way to celebrate Shabbat! 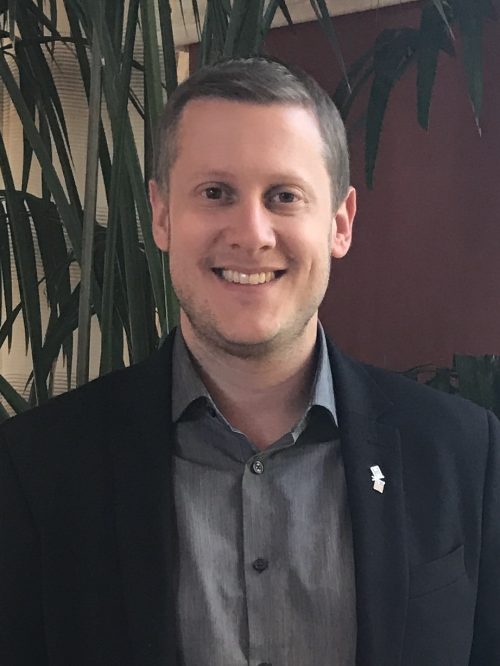 Oren Petraru is originally from Kiryat Bialik, Israel. In the summer of 2007, right after Oren finished his service in the IDF as a tank gunner and medic, he was a shaliach at Camp Young Judea Sprout Lake in New York, where he met his wife, Emily. After camp, Oren completed his psychometric entrance test (as all good Israelis do) and moved to Amsterdam for two years for a security position with El Al. In 2010, Oren started his undergraduate degree at Hebrew University’s Mount Scopus campus, during which he was a StandWithUs fellow. In 2014, Oren moved to Boston to start his master’s program at Massachusetts Institute of Technology. Oren is now an associate at Booz Allen Hamilton working with clients such as the Federal Aviation Administration, NASA and the International Civil Aviation Organization. Oren lives in Newton and loves traveling (especially abroad), hiking, kayaking and biking.