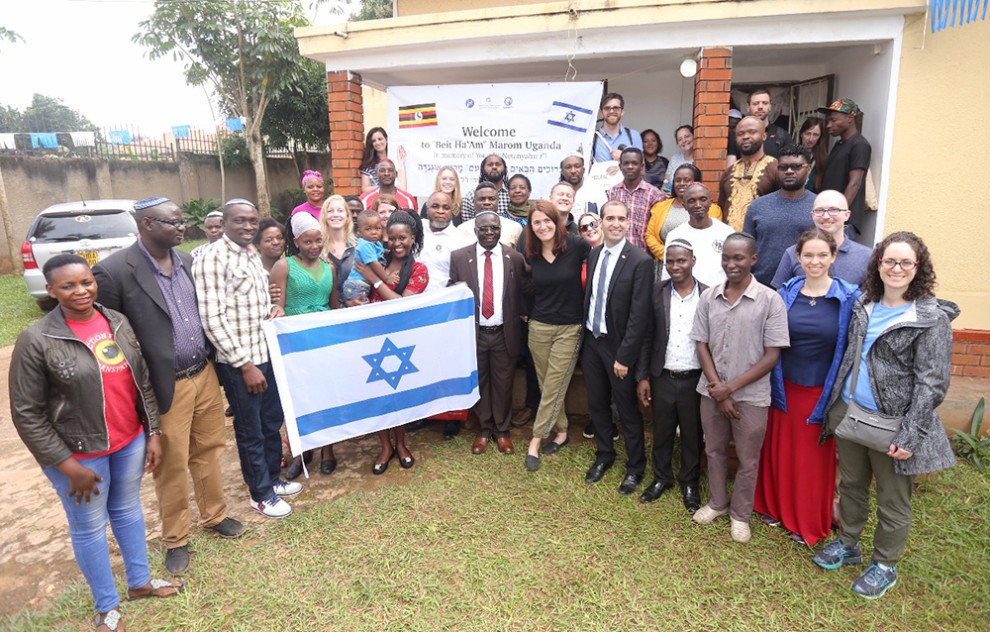 Sadly, our Project Inspire adventure is coming to an end. I am writing this post from the Entebbe airport where we are waiting to board the first leg of our flight home. In contrast to our entry into the country, we breezed through the check-in line and customs without any setbacks, so, fortunately, I have an adequate amount of time to reflect on our day.

Early this morning we loaded the massive amounts of luggage we packed for the trip onto our beloved bus and crammed inside. Our first stop was Marom, a house that serves as a synagogue and community center for the Abayudaya. The Abayudaya is a Jewish community that consists of approximately 2,000 Ugandan natives. We were greeted by the Honorable Gershom Sizomu, the lead rabbi and a member of the Ugandan parliament. He taught us that we are all “Abayudaya” (the tribe of Judah in the Lugandan language).

The Abayudaya is a Jewish community that existed before the state of Israel was formed. They originated around 1910 when a Ugandan leader converted to Judaism after becoming interested in the Old Testament. We all felt a definite sense of community when we were with the Abayudaya, even though we just met these strangers from the other side of the world who looked so different from our group. This was most apparent when we sang “Hinei Ma Tov” with the Abayaduya in a tune from their 2005 Grammy-nominated album in the world music traditional category, which they shockingly lost to the notable world musician Paul Simon.

Our next stop was meeting with Project TEN, an international development program through the Jewish Agency that operates volunteer centers in developing areas. Tamar, the director of the operation in Uganda, explained the code of ethics that Project TEN abides by—preserving human dignity, compassion, fair giving and sustainability. Much to the delight of Aviva, the director of Project Inspire, it was exactly in line with the philosophy she has been trying to teach us throughout the trip.

After we heard more about Project TEN’s health- and education-based initiatives in local schools and met their volunteers, we were treated to a delicious home-cooked lunch. Everyone especially loved the cassava fries.

We had one last opportunity to shop at a market in Entebbe and get a snack at our local Ugandan favorite, Cafe Javas. The market had many of the same crafts we already purchased in Kampala, which quickly satisfied our desire to shop. We left the market early and had enough time for an impromptu stop at Aero Beach on Lake Victoria.  The private beach included an eclectic park filled with life-sized statues of famous leaders, including a replica of the Obama family, a scrapyard of abandoned planes, a swimming area, Ugandan music, a bar and dance floor and more! 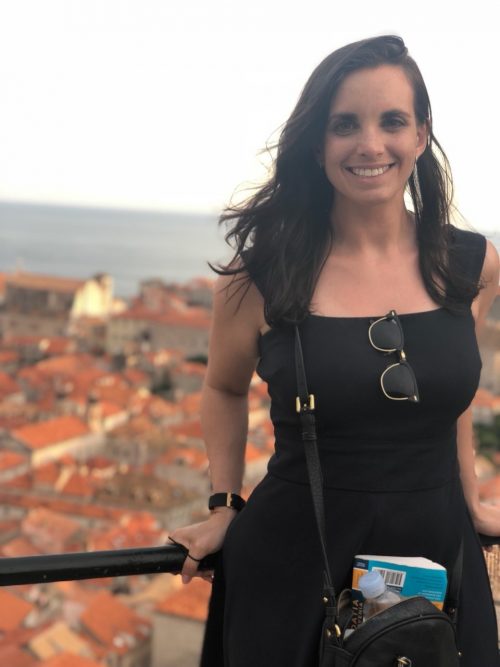 Erika Kane is an attorney working at a biotechnology company in Cambridge that develops therapies for rare genetic diseases. Originally from Florida, Erika has lived in the Boston area for the last five years. Erika was raised outside of Orlando and graduated from the University of Florida. Before attending the University of Miami School of Law, Erika worked in Washington, D.C., as a staff/research assistant to U.S. Congresswoman Debbie Wasserman Schultz. Erika is a member of the Florida and Massachusetts Bar Association. In her free time, Erika volunteers with Jewish Big Brothers Big Sisters in the Friend 2 Friend program and likes to cycle, listen to podcasts, be outside and explore New England.