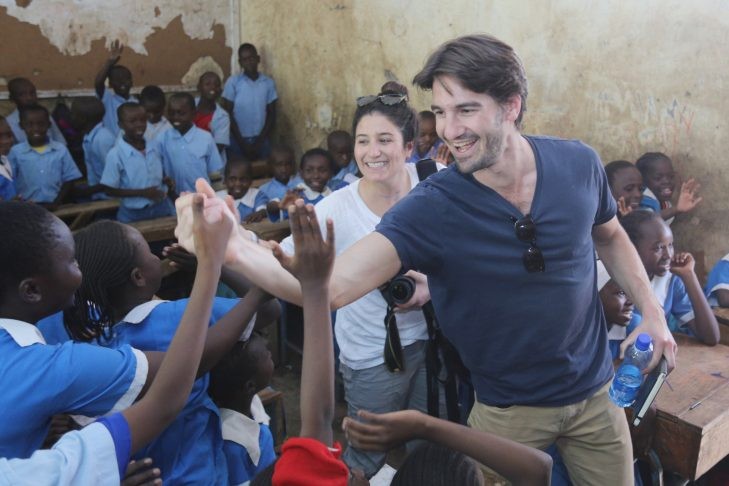 “Excuse me, I’m a journalist. Can I ask you some questions?” These are not the words I expected to be surprised by in the morning. We had just spent the early hours of the day flying across Kenya to the city of Kisumu, briefing about the day over breakfast, cheetahs, coffee and warthogs in an Impala Sanctuary. This journalist neither wanted to talk about any of this, nor was he a typical journalist: he was a senior at the Joel Omino Secondary School we reached just down the road. He asked us questions beaming with pride over the work of his peers as we were whisked from one impressive initiative to another. In no time, we shared the same sentiment of pride over the school.

Joel Omino Secondary School follows the Education for Sustainable Development (ESD) program, teaching students to create sustainable growth within their communities and the world. The learning and work being done throughout the school was overwhelming: tower farms to grow produce, a bakery for fresh bread, up-cycled bottles used for new irrigation techniques and rain water filtered with bio-sands. If you don’t know what bio-sand filtered water is, neither did I. An enthusiastic group of 15-18 year olds led us through the science and let us try the finished product. 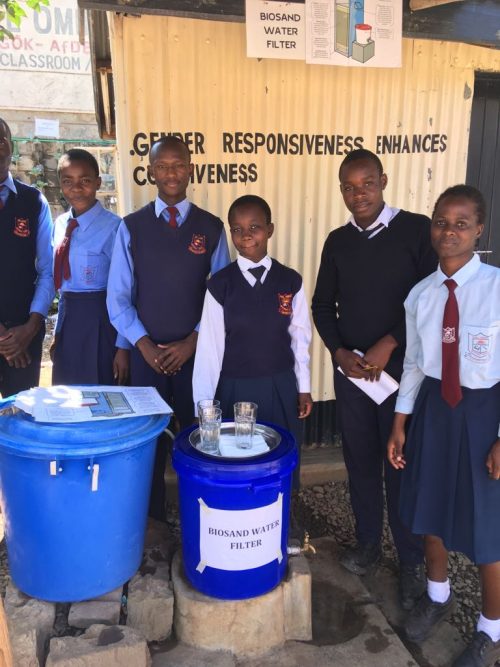 Of course, there was also the journalism club. A vibrant group of young people writing down quotes and documenting video interviews with visitors and friends. To top the visit off, our fearless CJP and Israeli embassy leaders joined the school’s leadership in dedicating a brand new greenhouse using Israeli technology. Even more produce will soon be harvested and eaten by the students, as well as sold within the community.

Outside the grounds of the school, we found a different reality. Sitting on the shore of Lake Victoria, an environmental treasure, the effects of global warming were encroaching a vital fish population. Overly polluted and drying up, a nearby river was studied and tended to by a team led by Israeli scientists. The sustainable refuge we found within the walls of Joel Omino was fleeting with the sun tracing the line of the equator. 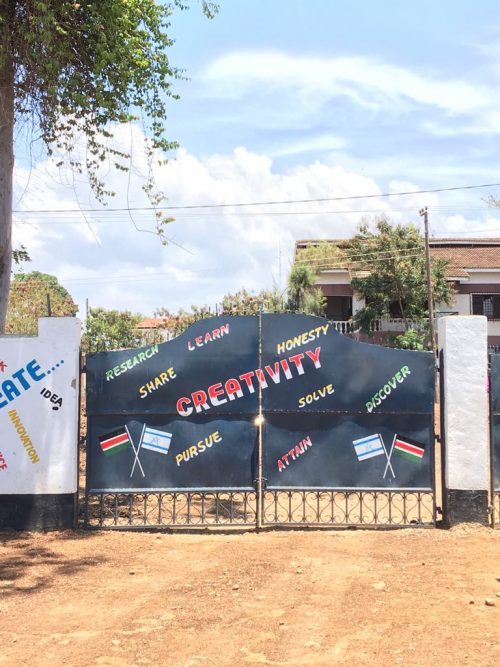 Through these challenges, a confidence in the future of Kenya instilled by the Joel Omino high schoolers rises far higher than the falling water levels. A reverberating theme: the students want to support their communities and usher through a newly sustainable world. Whether as journalist, agronomist or computer scientist (just a few of the futures envisioned by the students), this generation is succeeding.They want to fulfill their dreams as scientists and artists in tandem with their roles as children and neighbors. Find a challenge that cannot be solved by empowered youth and Project Inspire will point you down the road from Wilson Airport to Joel Omino Secondary School.

As we sit on the flight back to Nairobi I wonder, when will we have the chance to return to Kisumu and see the change created by these exceptional young people? I hope soon. In the meantime, we’ll read all about it from one passionate young journalist.