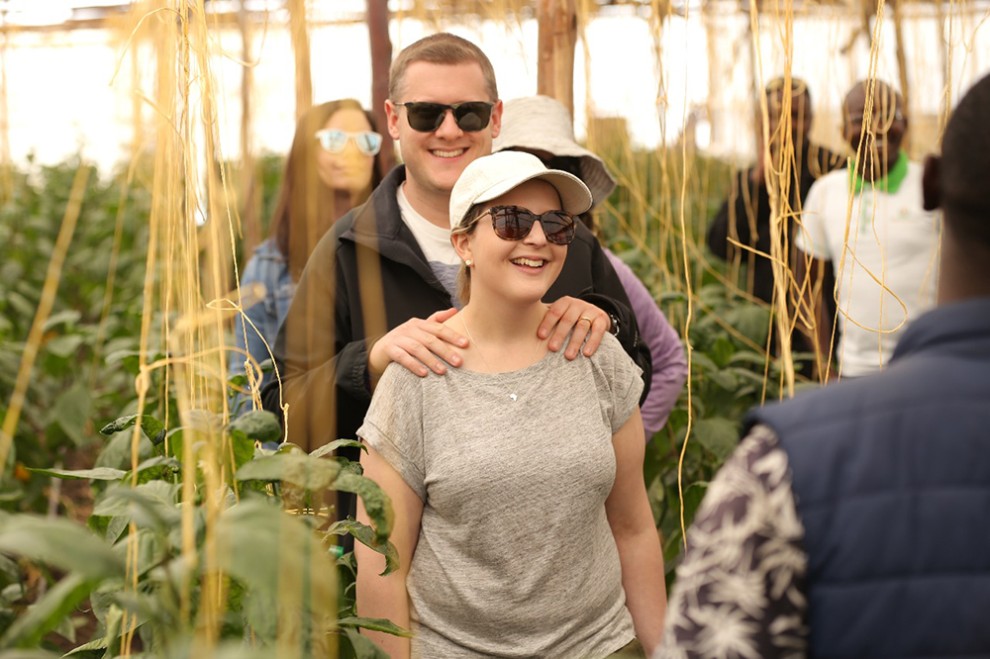 Today was all about the Kenyan women who are challenging gender norms to create change in their communities and ultimately improve life for the next generation.

We met Ronald Diang’a and Kenneth Chepkwony, two of three founders of a for-profit social enterprise called Kenarava. Their organization mentors and invests in young Kenyans who want to become farmers. They are deeply concerned about the future of food sustainability in Kenya, as most of the current farmers will reach retirement age in the next 20 years and very few young professionals are choosing to farm these days, even if they inherited land in their hometown.

Ronald and Kenneth spent 11 months in the Arava Valley in the south of Israel learning about innovative Israeli agriculture techniques. Today, they teach these techniques to farmers they support, especially the concept known as “precision farming,” for high productivity and profitability.

One of their mentees is Zippy (Zipporah) Wahome, a 30-year-old female farmer who is pushing the norms for both women and farming in Kenya. After studying agriculture for just one year, she partnered with Kenarava to start her own farm and is now renting three acres of land, including a large green house where she is currently growing beautiful yellow peppers. Zippy is successful thanks to the guidance she receives from Kenarava, but also because she is determined and resilient, a quality that farmers must have to overcome the many challenges they face. Zippy’s dream is to inspire other young women to also become earners of their households by farming. She is inviting them to intern on her farm, teaching them the value of self-sustainability for food security and best practices for farming.

We also visited Brydges Skills Development Center, which enables young women at risk to learn vocational skills and enter the workforce. We met the founder and director, Faith Wafula, a MASHAV alumna and human rights activist and lawyer by profession, who believes—and she admits it sounds a bit cliché—that women have the power and influence to create change within their communities if they have the right skills and resources. After visiting a variety of social entrepreneurship projects in Israel, she was inspired to start a new course to teach young women to fix cell phones, a vocation in which little to no women are currently employed. This will enable them to work for IT companies or open their own businesses and be productive Kenyan citizens.

Speaking with Zippy and Faith, you can tell that their exposure to Israeli social and economic innovations has made a big impact on their approach—both by sharing expertise and by following the example of a country that became self-sustainable in a short period of time through immense grit and a willingness to tackle challenges in a creative manner. 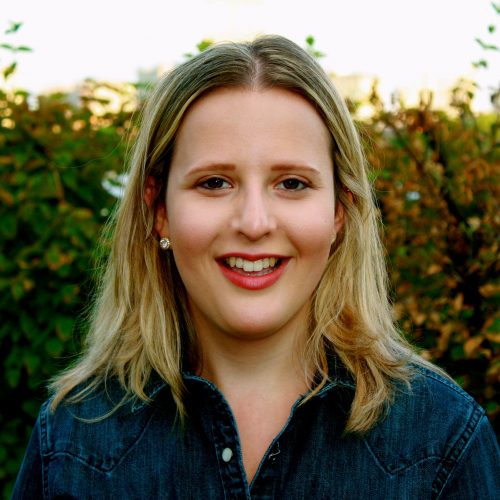 Emily Ziedman has a background in social work, philanthropy, nonprofit management and project management. She holds a B.A. from Mount Holyoke College in African and African American studies, and an M.A. in Jewish philanthropy from Hebrew University in Jerusalem. Following her master’s degree work, Emily served as assistant director of Jerusalem Village, a nonprofit organization that builds connections between young professional immigrants and Israelis. She also served as the communications lead for the Israeli research institute NGO-Monitor. After spending close to five years in Israel, she and her husband moved to Boston, where she served as the director of operations for the Israeli-American Council. Currently, she works for an Israeli-founded pharmaceutical company as the senior program manager in Newton. Emily is deeply connected to both the Israeli and Jewish American communities and enjoys being an active steering committee member of the IAC young professionals group, as well as on the local Mount Holyoke alumnae board.