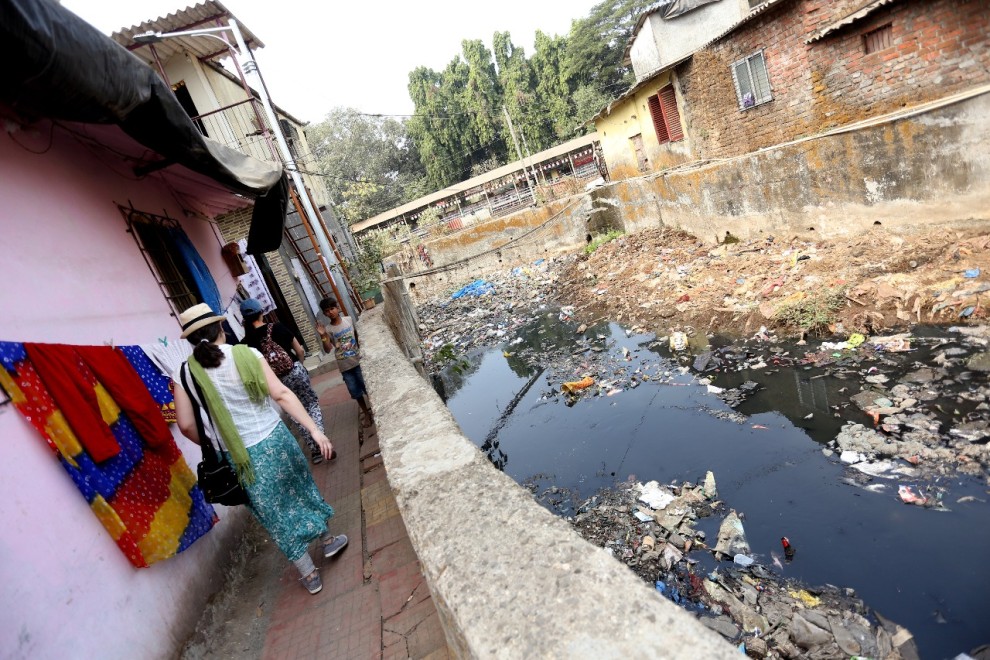 At about 9:30 this morning, the Project Inspire trip members sat in a circle on the floor of a classroom, knee-to-knee with third- and fourth-graders. Fans whirred in the corners of the room and the walls were decorated with colorful posters, English vocabulary cards and students’ artwork, including a hand-drawn Israeli flag flanked by similarly crafted paper dolls from around the world. A volunteer assistant teacher had a question for the students: “What’s the best way to sneeze?”

Like many American students, the Indian students in this classroom learned to sneeze into the crook of their elbows (a move that avoids contaminating their hands), practicing by raising their arms from side to side like dancers. The volunteer teacher then gave the students some glitter and asked them to pretend to sneeze, as everyone watched the glitter go flying. “That’s what happens to germs when you sneeze,” she explained. The giddy students all had a faint glow of glitter.

We were in this classroom to learn about the work of the Gabriel Project Mumbai (GPM), an NGO caring for vulnerable children and their communities in slums and under-served rural villages as a grassroots response to poverty, malnutrition, ill-health hunger and child labor in India.

GPM was founded by Australian-Israeli Jacob Sztokman, in collaboration with local NGOs (including JDC), to initially provide enriching educational opportunities to children who live in Mumbai’s poorest areas. The mission soon expanded to teach about hygiene and provide students with healthy hot meals; after a student died from lack of medical care, they added a clinic. Since women are such crucial protectors and supporters of families, GPM also added a few programs to provide women in the community with meaningful work. JDC coordinates international volunteers to work in the GPM classroom, arranges a monthly program for Jewish community members to take children on field trips around the city (“Sunday Funday”), provides financial support and has local Jewish leaders sitting on the board.

One of the projects we visited was Sundara, which operates on a surprising concept: recycling soap. As our local guide, Kenneth, explained, Sundara collects partially used soap bars from five-star hotels, recycles them and then gives them out to children who live in the slums to encourage good hygiene. Sundara is staffed by local women, which also gives them an opportunity to do meaningful work outside of the home that utilizes their skills.

The process is simple. First, the women scrape off the outer layer of soap and soak it in water to be sure it’s clean. Then, they grate the soap using a simple cheese grater, creating huge bowls of white flakes. Then, they mix the proper amount with water and place it into a hand-operated machine, which presses the flakes into a bar. The women often add colorful flakes or even Ayurvedic spices like turmeric to make the bars festive and impart additional health benefits. We met three of the women in the small, cool and clean shop where they display the soap. Asked why she does this work, Mowdry, the center supervisor, spoke about how rewarding it feels to do something good for children. Kenneth highlighted that the work also has the environmental benefit of keeping soap (which is made of chemicals, after all) out of the waste stream.

While we enjoyed seeing the work of GPM, our group was also grappling with the fact that this was our first time seeing really deep poverty in India. We were all getting used to the mixture of soaring glass buildings alongside crumbling architecture and the occasional cow on the street in Mumbai, but here we observed large trash heaps lining the side of the roads, one-room cement houses with tin roofs and a general lack of sanitation infrastructure. We also saw children waving at us warmly and excitedly, men and women supporting themselves with every kind of small business and women in gorgeous, impeccable saris everywhere we went.

We debated with each other (and have been debating since orientation) the “right” way to visit such communities: How do we ensure that we give anyone we visit agency and dignity in our interactions? Are we taking time out of the children’s lesson if we play games and sing with them (as we did after the hygiene lesson), or are we providing them meaningful attention from caring adults, fun and an opportunity to interact with someone from another culture? Should we take pictures anywhere we go—and of whom, when and how? What is the respectful word that describes each community? (Is it OK to say “slum”? If not, what’s a better word?) If we don’t visit, what is the alternative?

Like with any complex topic, we haven’t yet arrived at an answer, each individually or as a group. In our evening group reflection, we discussed the meaning of global Jewish citizenship and Jewish values. Though we didn’t have one unified list, everyone could identify with the habit of asking a lot of questions—and debating the answers—as a core Jewish tradition. As we consider the meaning of tikkun olam, we know we are doing it in classic Jewish fashion.

Back in the morning classroom, the Project Inspire trip members have gotten the students’ attention to the board, where we wrote the words to a Hebrew song, “Kol Haolam Kulo” (“The Whole Wide World”). But to connect with the students, we wrote it in Hindi, which was taught to us by our Indian Jewish guides, Joshua and Maayan. We quickly teach the students the song and then we write it in English. They love learning new English words and connecting it back to the Hindi version they just learned:

“The whole wide world
Is a very narrow bridge
And the most important thing to recall
Is to have no fear at all.”

Before leaving the class, we all sing the song in English and Hindi—loud, fast and with a lot of clapping. We don’t know what else we’ll encounter here in India, but we hope to do it with a lot of debate, questioning and community—and to have no fear. 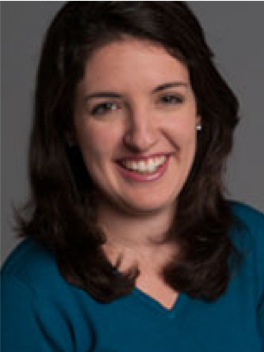 Melissa Galvez is the senior editor for content and distribution at Education Resource Strategies, a nonprofit that works with large urban school districts to help them transform how they use their resources to help students succeed. In 2012, she got her master’s in public policy at the Harvard Kennedy School of Government, and before that was a teacher and public radio reporter in Houston. Melissa has enjoyed being part of Jewish communities like Havurah on the Hill at the Vilna Shul, The Riverway Project and CJP’s 2014 PresenTense cohort. In second grade she had a lead in the class play about India and has been wanting to visit the country ever since.