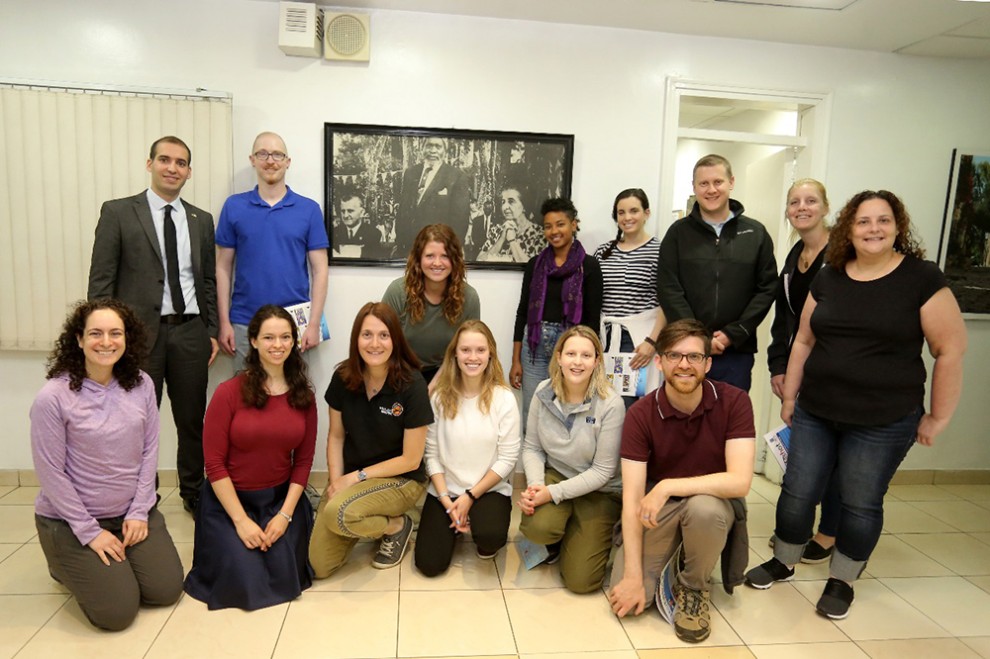 Wow! What a thought-provoking and amazing first day with Project Inspire. We arrived late last night to our beautiful hotel in downtown Nairobi, Kenya, and we were up early this morning for a jam-packed day of inspiration.

Our first stop was to the Embassy of Israel, where we met with Deputy Ambassador Eyal David, who will join us on the second leg of our trip to Uganda. We learned that Eyal has been residing in Kenya for about a year, and clearly takes pride in the strides he and his colleagues have taken in moving the needle of the Israel-Africa partnership that spans more than 71 years. We also learned there is a small Jewish community presence in Nairobi—between 300 and 400 Jews—along with a historic synagogue and a Chabad House (we will visit Nairobi Hebrew Congregation later this week).

We then traveled to Hospital Hill Primary School, an exhilarating public school led by dynamic principal Lydia Matu, who participated in a MASHAV (Israel’s development agency) training program in Israel focused on education for sustainable development. We shared songs with the youngest students, met with members of the student council and peaked in on a first-grade classroom. We were in awe of the kindness and generosity of the students, faculty and PTA members we encountered. Herman, an active parent and board member, told us his third-grader has ambitions to be a doctor, and that he fundraised to get whiteboards for all of the school’s classrooms. I can only imagine that the memory of our visit to Hospital Hill will stay with all of us on Project Inspire for a long time.

This afternoon, we visited the farm of Regina and Albert Kamatu, who also benefited from a training through MASHAV in agriculture. Nicknamed the “Mensa Farmer,” Albert showed us ingenious strategies behind his three-acre sustainable farm, including his irrigation system—inspired by ones used in Israel—and his stackable planters, allowing him to amass a much large number of crops in a relatively small space. He has planted everything from corn to pumpkins to sunflowers to bananas and uses his farm as an educational tool to pay his knowledge forward; we met a young woman spending her internship on his land while taking agriculture courses at the local university.

Tonight, we will join Israeli Ambassador Gendler and his wife at their residence for a delicious dinner. I can’t believe it has only been one day since we got here! Kenya already feels like home and we’re enjoying getting to know each other in the group of young adults from Boston. Thank you to CJP’s Project Inspire and the Israeli Embassy for this educational tour of a lifetime! 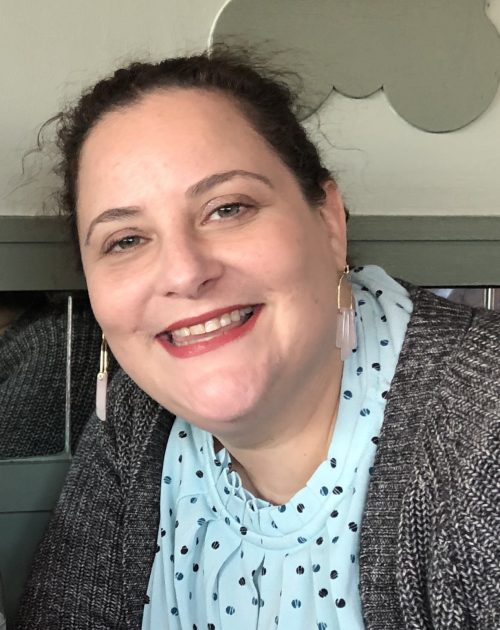 Joanna Rothman became engaged with CJP in 2003 when she moved to Boston. She works as a fundraiser at the American Technion Society, the U.S. fundraising arm for the Technion-Israel Institute of Technology in Haifa, Israel. Previously she worked as director of development at Jewish Vocational Service, Gateways: Access to Jewish Education, InterfaithFamily and Commonwealth Shakespeare Company. Joanna received her bachelor’s degree from Brandeis University, her master’s degree from The George Washington University and certificates from Christie’s Education and the Institute for Nonprofit Practice. Joanna writes a blog called “All Roads Lead to Roam,” which she hopes to turn into a book one day. Joanna has lived in Watertown since 2012.